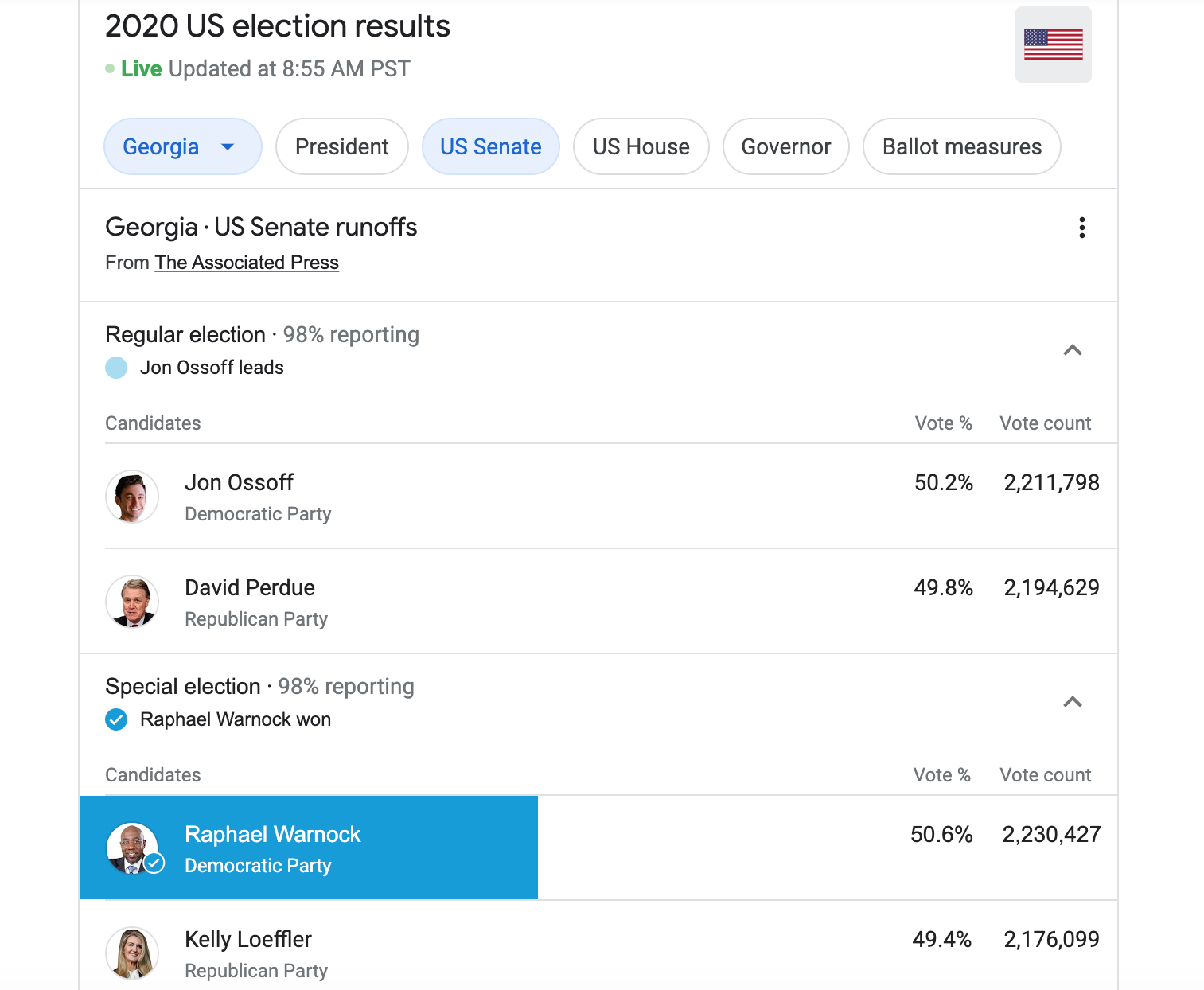 If Democrats win both seats, there will be a 50-50 split in the Senate, with Vice President-elect Kamala Harris as the tie-breaking vote in her capacity as the president of the Senate.