Farmer’s Almanac Predicts A Rocky Winter In The U.S. 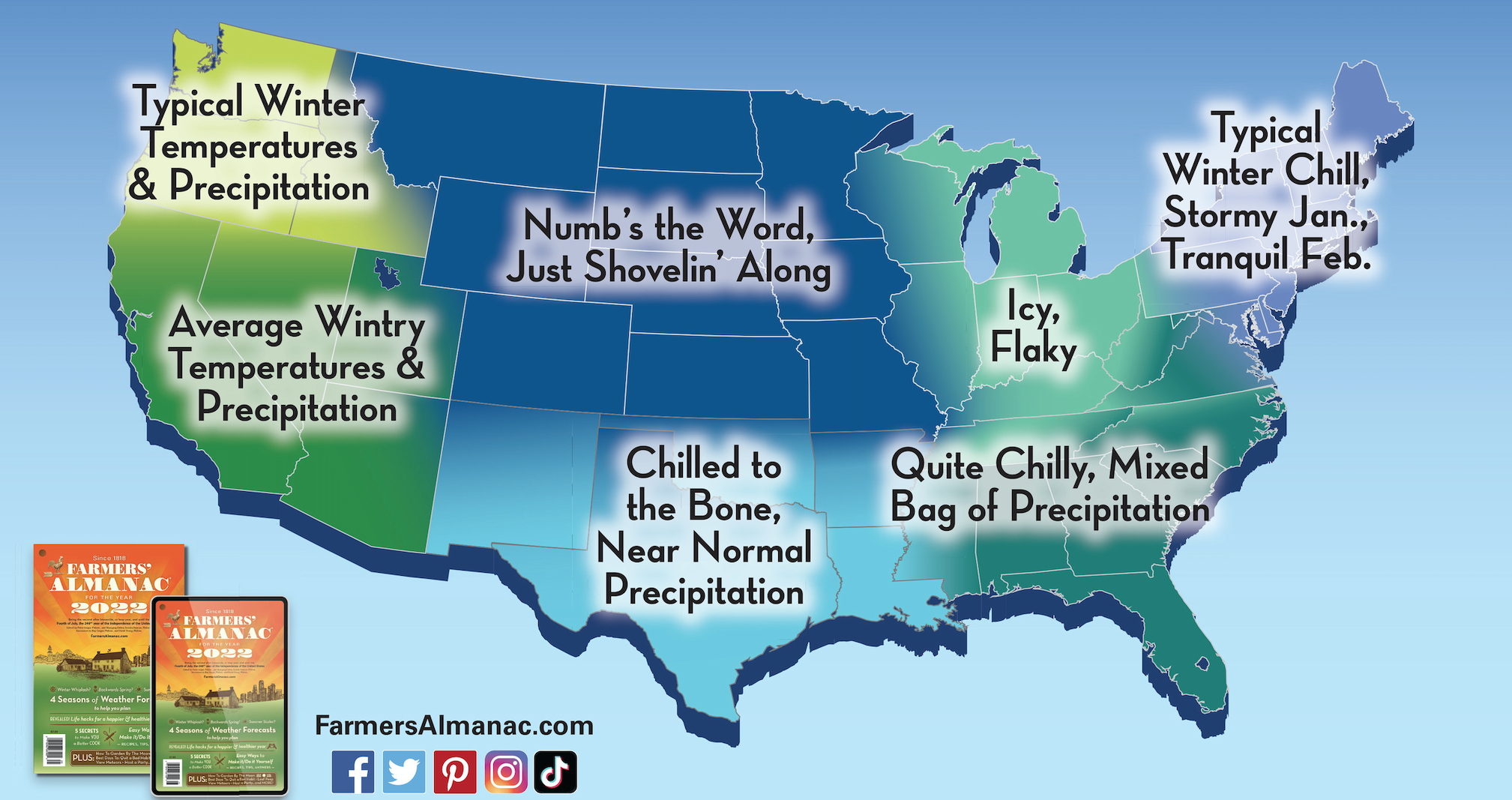 As the nation is immersed in a summer wrought with weather extremes, many find their thoughts drifting to cooler temps. Right on cue, the Farmers' Almanac is releasing its much-anticipated 2021-22 winter weather outlook that has its own set of extremes, earning it a "frosty flip-flop" moniker that might be a little too frosty for some and not enough flip-flop for others.

Will this winter be as snowy as last? Is Texas expected to get another snowstorm? Will winter precipitation help with the drought out West?

The Farmers' Almanac is predicting a near-normal amount of snowfall from coast to coast however, the unusual aspect of this winter will be the notable month-to-month variations.

January's Flip
The Farmers' Almanac's extended forecast, which is based on a proprietary formula that looks at many astronomical factors, warns that January will start out mild for much of the country but then turn cold and stormy, especially along the Atlantic Seaboard.

The Great Lakes, Midwest, and Ohio Valley will experience a cold and snowy January, with a blizzard forecast for the Northern Plains and Rockies later in the month.

February's Flop
In sharp contrast, February will be a much quieter month in terms of storminess across much of the nation, especially the eastern-third. However, expect a "winter whopper" for parts of the Northeast and Ohio Valley toward the end of the month.

Will Another Storm Hit Texas?
The arctic outbreak in February 2021, which the Farmers' Almanac accurately predicted, brought frigid temperatures along with snow and ice to Texas and Oklahoma. The Almanac is predicting similar cold and snowy conditions in late January, but fortunately, they shouldn't be as bad as last year.

The West can expect some hefty storms moving inland from the Pacific during the second week of January and the end of February, but they most likely won't alleviate the drought conditions that area is experiencing.

Cold?
Farmers' Almanac is forecasting near- to somewhat-below normal temperatures across the eastern-third of the nation, well below-normal over the Central US, and near-normal across the western US, especially in February.

The 2022 Farmers' Almanac not only contains the winter forecast but weather predictions for all four seasons.