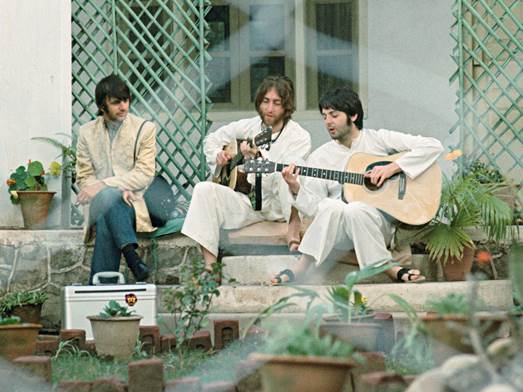 With new and vivid first-hand details and over 40 personal photos never-before-seen in any other movie about The Beatles, Emmy Award-winning Canadian filmmaker Paul Saltzman shares an extraordinary life experience in a new feature documentary, Meeting the Beatles in India.

Saltzman learned transcendental meditation while spending a week in 1968 at the Maharishi Mahesh Yogi’s ashram in Rishikesh on the banks of the Ganges River along with John Lennon, Paul McCartney, George Harrison and Ringo Starr.  Photos and recollections not revisited for 50 years are brought to life.

Narrated by Oscar® winner Morgan Freeman with executive producers including Pen Densham and David Lynch, Meeting the Beatles in India adds vital details and context to one of the seminal cultural events of the 20th Century.

In 1968 Paul Saltzman, then 23-years-old, traveled to India to heal his broken heart.  There he discovered his own soul, learned Transcendental Meditation ™ (which changed his life) and hung out with John, Paul, George and Ringo.  Among the other seekers at the ashram were actress Mia Farrow, Mike Love of the Beach Boys, folksinger Donovan and the Beatles’ wives and girlfriends.

Gathr Films has set Wednesday, September 9th for the virtual World Premiere with a Live Filmmaker Q&A directly following on its Gathr At Home™ platform.