United Airlines today announced that customers will be required to wear a face covering in the more than 360 airports where the airline operates around the world. 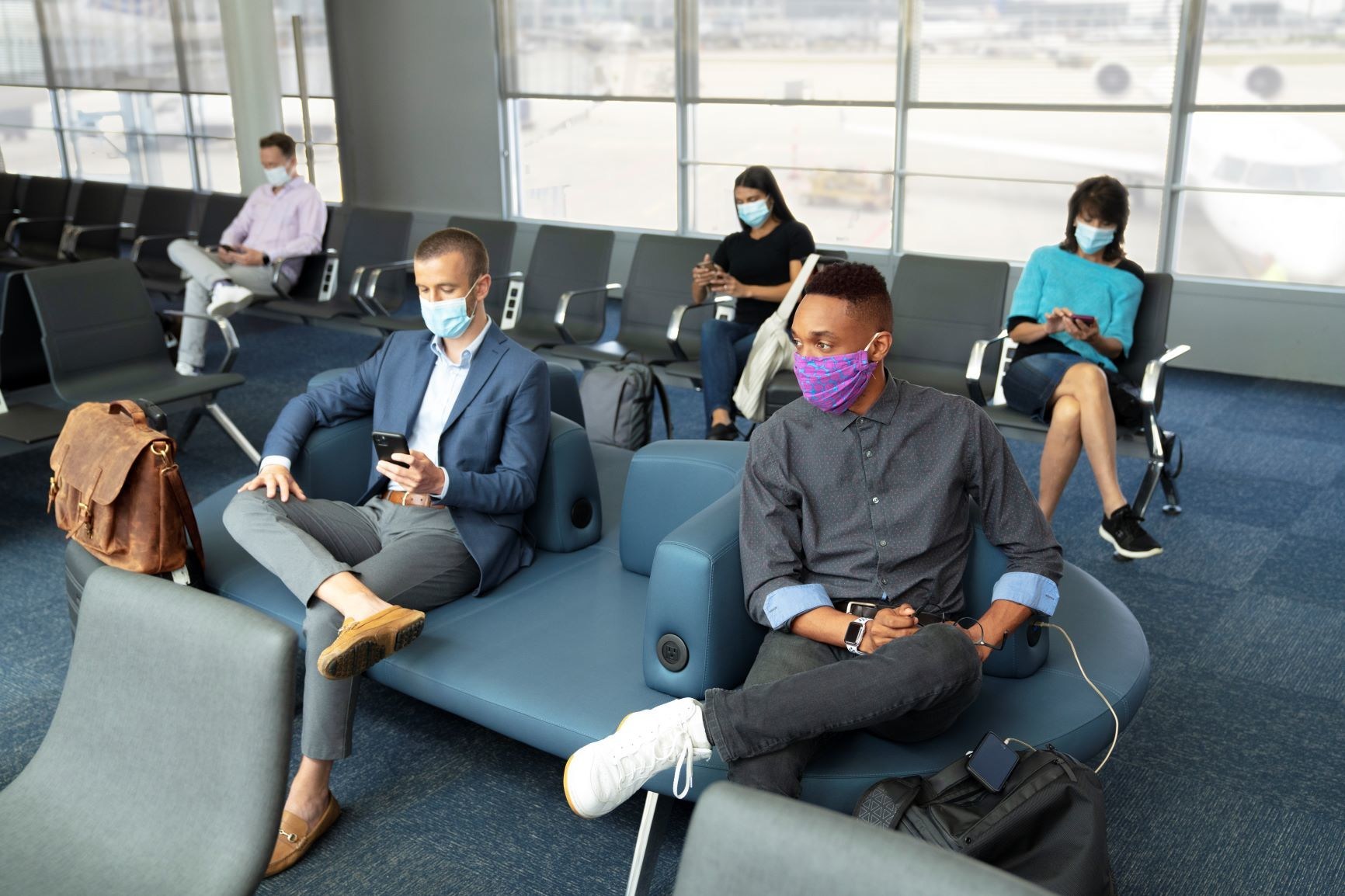 This includes United customer service counters and kiosks, United Club locations, United's gates and baggage claim areas. If customers refuse to comply, they may be refused travel and banned from flying United at least while the mask requirement is in place. This will be effective for all customers traveling on and after July 24 regardless of when their ticket was purchased. United also will strengthen its mask exemption policy by only excluding children under the age of two. If a passenger believes that there are extraordinary circumstances that warrant an exception, they should contact United or speak to a representative at the airport.

In early May, United was the first major U.S. airline to require flight attendants to wear a face covering and later extended that policy to all customers. And in June, the airline was among the first U.S. carriers to say it would suspend flight benefits of passengers who refused to comply while onboard.

"The most important thing any of us can do to slow the spread of the coronavirus is to simply wear a mask when we're around other people," said United's Chief Executive Officer, Scott Kirby. "A mask is about protecting the safety of others, and I'm proud of the aggressive and proactive steps United Airlines has taken to ensure people are wearing a face covering in the airports where we operate and onboard the aircraft we fly."

United will post signage throughout the airport to reinforce this new policy and employees will first give a customer a verbal reminder and offer a free mask to any customer who is not wearing one. If the customer refuses to comply, United employees will offer the customer a reminder card that outlines the company's face covering policy. Continued non-compliance could result in a refusal to transport and the customer could also be banned from flying United at a minimum while the mask requirement is in place.

"United's extended face mask policy adds another layer of protection for travelers, even before they board an aircraft," said Dr. James Merlino, Chief Clinical Transformation Officer at Cleveland Clinic. "Wearing a face mask is an incredibly simple measure that we all can take to help slow the spread of COVID-19. They act as a barrier to keep respiratory droplets from entering the air, where someone else could breathe them in and possibly become infected. The more people that wear masks, the less risk there is of others being exposed to the virus."

United will inform customers of its updated face covering policy at numerous points in the travel journey including:

Onboard, customers are expected to wear a face covering for the duration of the flight, except when eating or drinking. Customers who refuse to comply with the onboard policy could be refused travel and banned from flying United at least while the mask requirement is in place.

This new policy is part of the airline's United CleanPlus program, an effort to put health and safety at the forefront of the entire customer experience, that includes a mandatory mask policy, electrostatic spraying, touchless check-in capabilities and a first-of-its kind, pre-boarding health self-assessment for passengers.

Limiting Number of Passengers on Board

The airline is also taking steps to limit the overall number of people on board and separate customers wherever possible. United switched to a larger plane 66 times a day in May and June, for a total of more than 4,000 flights during those months, creating more space onboard. As a result, the airline's consolidated average seat factor – or the percentage of occupied seats including customers and non-revenue passengers – was 38% in May; 57% in June and is expected to be about 45% in July, with less than 15% of flights operating with more than 70% seats filled.

When United flights are less full, the airline's advanced automated seating tool assigns seats in a way that maximizes the space on board – and the distance between customers. And since May, United has been contacting customers via email and through the United app – as much as 24 hours in advance – if their flight is expected to be more than 70% full and gives them options to switch to different, less full flights for no additional fees. Customers also have the option to cancel their flight and receive a credit for future travel. To date, the overwhelming majority of customers choose to keep their travel plans the same.

United is focused on delivering a new level of cleanliness on the ground and in the air. In addition to the vital initiatives mentioned above, several of the airline's precautionary measures to further ensure a cleaner environment include:

Lifestyle
If You're Flying, Take These Precautions