Easy Life have today released "See You Later Maybe Never (demos)." Two brand new songs created during (and for) lockdown - with DIY live visuals to accompany - "Peanut Butter" and "Petty Crime" come off the back of an incredible start to 2020 for the band. They signed to Interscope Records for North America, their debut mixtape, "Junk Food," charted in the UK Top 10, with Easy Life having also won 'Best New British Act' at the 2020 NME Awards and landed at number 2 in the prestigious BBC Sound Poll. Easy Life are now working on their debut album, with collaborators thus far including producers Bekon (Kendrick Lamar) and FINNEAS.

In the band's own words, 'see you later maybe never (demos)' are "two tracks we’ve cooked up since the dreaded corona started. We wanted to put something out to spare people from the infinite boredom that is lockdown and also just to keep ourselves entertained. pretty simple really, just a couple of tunes to make people smile and get them through the day.”

Befitting their glass-half-full approach, Easy Life under lockdown is an uplifting and affecting prospect. Whether Zooming with fans, connecting over Animal Crossing, or continuing work on their hugely-anticipated debut album, the band (who are isolating separately) have also produced creative live performance videos to accompany their latest demos. This follows their celebrated quarantined-duet with Arlo Parks on 'Sangria', and the invitation to perform for the Global Citizen/World Health Organisation #TogetherAtHome series. Easy Life front-man Murray appears to be stepping more confidently into his budding pop-star-status: he has already led a keyboard tutorial for Radio 1, as well as guesting on BBC Radio 4 in a discussion surrounding the music industry's carbon footprint (harking back to his environmentalist roots growing up on a farm in Leicester).

A group formed - right down to the name itself - as an antidote to the present day, Easy Life's unpredictable 2020 has nonetheless confirmed their potential as the most essential modern band. 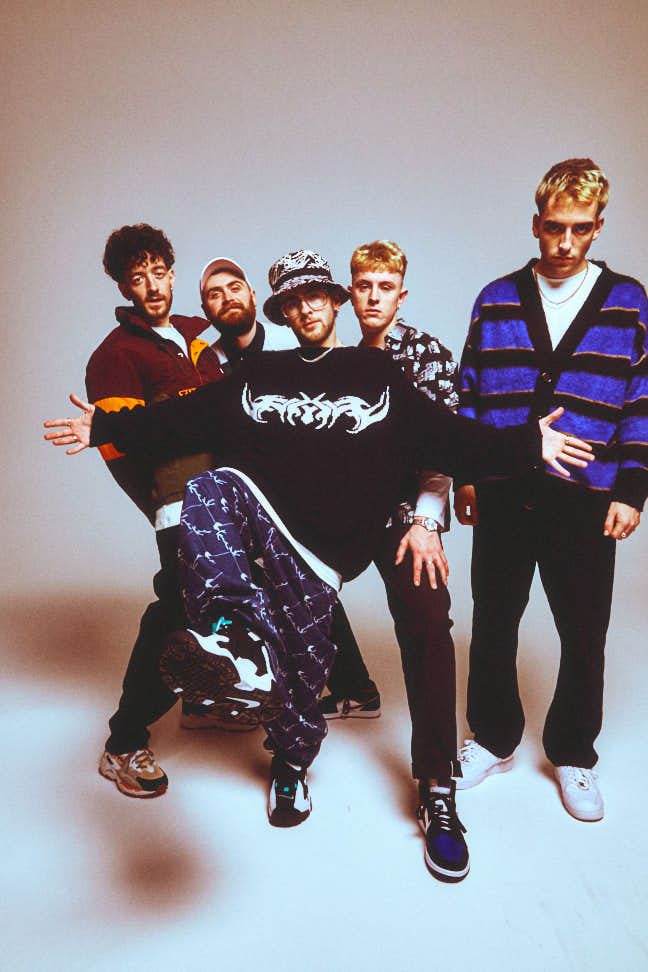