Machine Gun Kelly and YUNGBLUD join forces and create their own version of the 1995 Oasis single "Super Nova".

Breaking up the melodies, Machine Gun Kelly and YUNGBLUD present a modern twist on a legendary British pop single.

The video for the cover places MGK and YUNGBLUD singing in their bathrooms while staying at home.

While gearing up for his upcoming "Tickets To My Downfall" pop/punk album release, Machine Gun Kelly has put together a playlist of songs on Spotify that have inspired him throughout the making of the album. MGK has recently released his cover of Paramore's "Misery Business" with Travis Barker, Omar Fedi and Steve "Baze" Basil.

He is also seen in Jason Orley's comedy Big Time Adolescence which is now available on Hulu. In addition, MGK is set to star opposite Sam Worthington on the big screen in the forthcoming action western; The Last Song of Issac LeMay, which begins production this month. While spending time at home, Machine Gun Kelly has been very active on social media during his quarantine, covering some of his favorite artists. 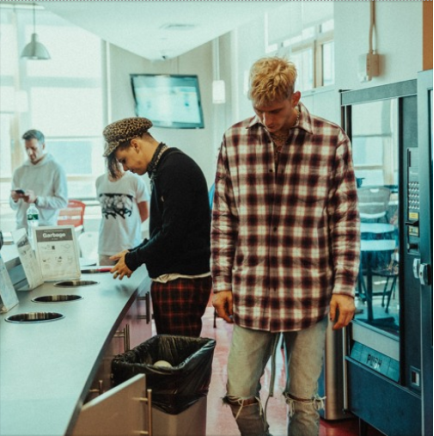 Television
Tune In: 'Modern Love' Will Make You Smile

FYI
How To Make A Face Mask At Home...