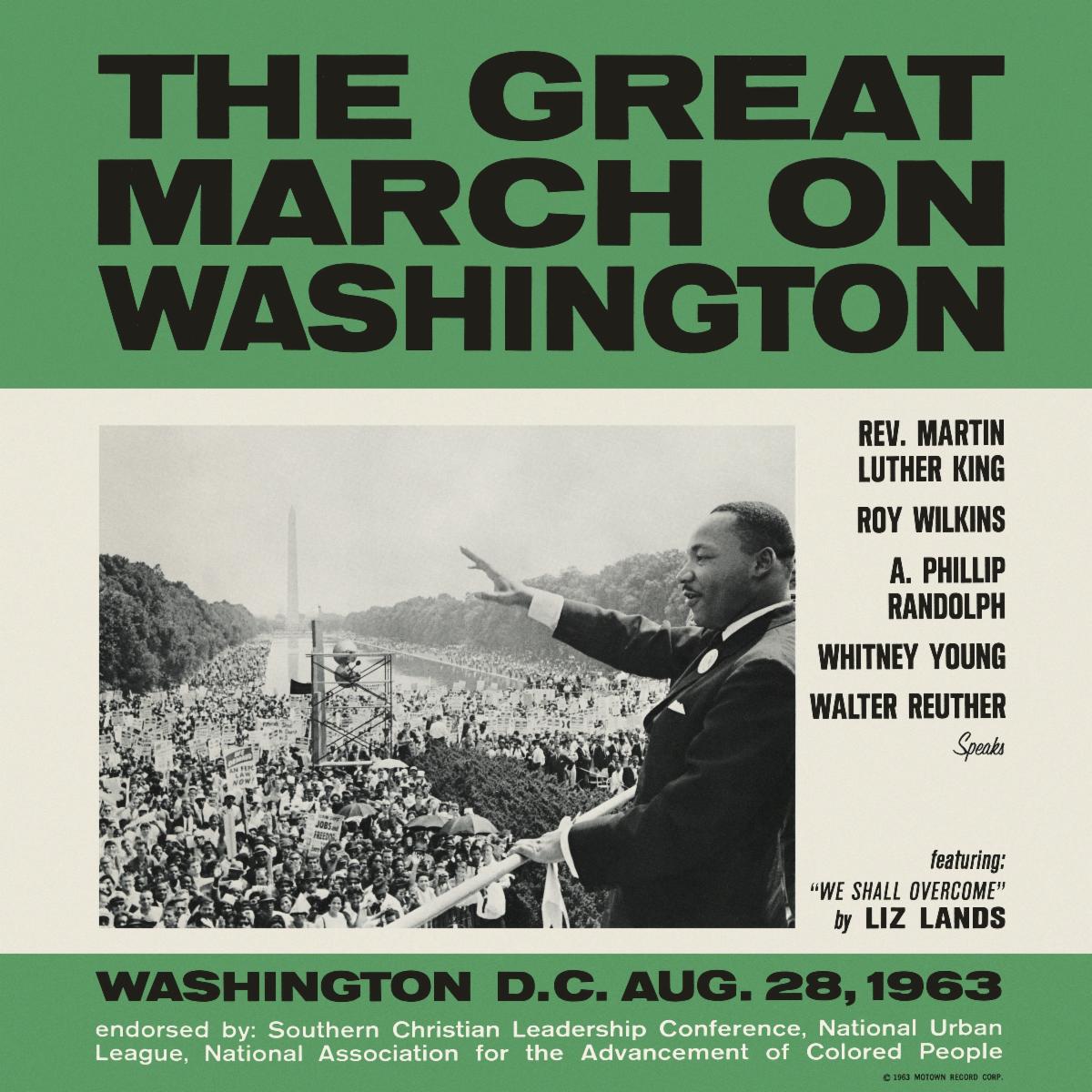 The Great March On Washington – one of the most significant recordings made during the civil rights movement of the 1960s – is now available as a digital release for the first time.

Rush-released by Motown Records as a complete album in October 1963, the recording culminates with Martin Luther King, Jr.’s iconic “I Have A Dream” speech.

Ethiopia Habtemariam, President of Motown Records and Executive Vice President of Capitol Records, recently spoke with Elvis Mitchell – host of KCRW’s “The Treatment” – about what Dr. King’s speeches mean to her. View their conversation HERE.Coinciding with the digital release of the album, TIME and executive producer Viola Davis invite the public to step back into history with THE MARCH – a groundbreaking VR museum exhibit that recreates the March on Washington and allows visitors to witness firsthand the “I Have a Dream” speech. The immersive experience utilizes original audio from Motown.

Additional exhibit locations will be announced. For details and tickets, visit https://time.com/the-march/BJ The Chicago Kid - The People (Audio)Taking inspiration from Dr. King and other civil rights activists who have been agents of change, BJ The Chicago Kid has created a soulful new call to action, “The People.” The 6x GRAMMY® nominee wrote the song with frequent collaborator Jairus Mozee (Anderson .Paak, Boney James), who also produced. Released today by Motown Records, “The People” is available for download / streaming HERE.In addition to Dr. King’s historical “I Have A Dream” speech, The Great March On Washington features the iconic speech made that day by civil rights activist and labor union rights leader A. Phillip Randolph, one of the leaders and organizers of the Great March.

Following his seven-minute-plus speech that opens the album, Randolph’s erudite speaking voice continues throughout as the de facto “emcee.” Randolph introduces the day’s other orators, including Walter Reuther, the president of the United Auto Workers (UAW) who was a longstanding ally of the civil rights movement; Roy Wilkins, the executive secretary of the NAACP who was named its executive director the following year; and Whitney M. Young, Jr., the executive director of the National Urban League and one of the organizers of the March.The album also includes a stirring performance of “We Shall Overcome,” the traditional gospel song that became an anthem of the civil rights movement, recorded at Motown by its artist Liz Lands, who is accompanied by The Voices of Salvation.

Music
Listen Up! Christina Aguilera & A Great Big World Release 'Fall On Me'