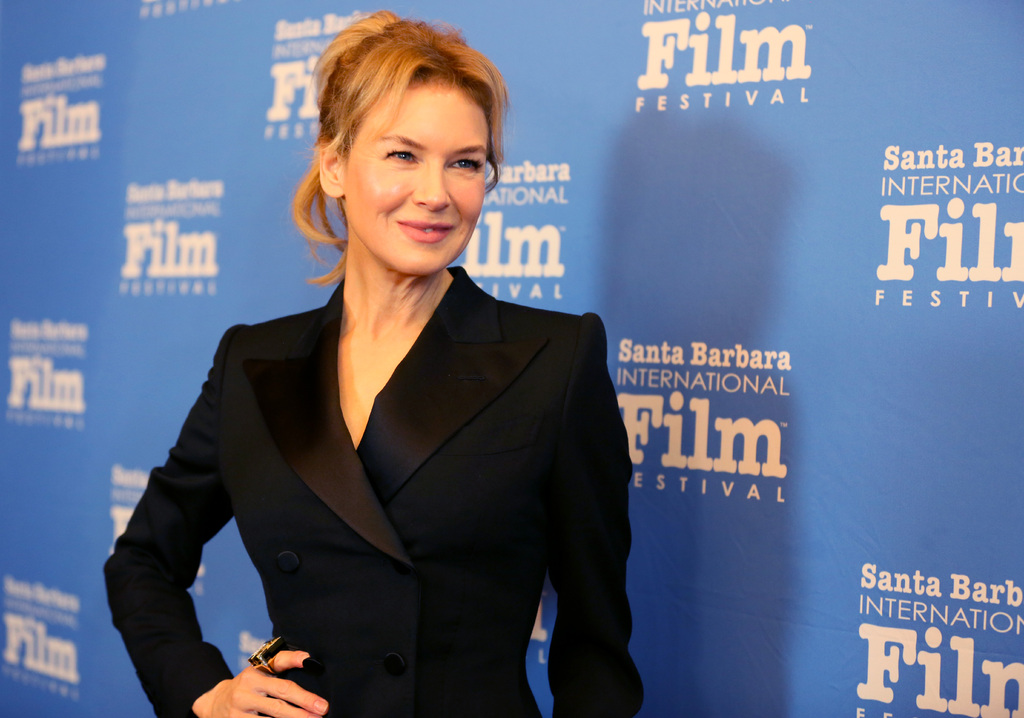 Day 2 of the 35th Annual Santa Barbara International Film Festival presented by UGG featured a heartwarming tribute to 2020 Oscar nominated actress Renee Zellweger, who received the illustrious American Riviera Award. Zellweger was recognized for her many attributes to the art of film over the years, and most recently, her work as Judy Garland in LD Entertainment and Roadside Attractions’ Judy.

The actress arrived to the tribute at Arlington Theatre with friend and legendary songwriter Diane Warren, who later presented Zellweger with the award. After braving the rain in Santa Barbara on the red carpet, Zellweger sat down with The Hollywood Reporter’s Scott Feinberg for an insightful conversation and look back at her career.

During Zellweger’s conversation with Feinberg, guests enjoyed nostalgic clips of her film career, including Love and a .45,  Jerry Maguire, Me, Myself & Irene, Nurse Betty, Bridget Jones's Diary, Chicago, Down with Love, Cold Mountain, Cinderella Man, Judy and more.

Following Zellweger’s conversation with Feinberg, Diane Warren took the stage to present her with the American Riviera Award. Warren opened her remarks by saying: “I’ve cheered her triumphs, I’ve laughed and cried and even sang and danced with the incredible characters you’ve created over an amazing career.” Referencing Zellweger’s iconic quote in Jerry Maguire, Warren stated: “You did have us all at hello… you still do.”

Warren went on to applaud Zellwager for her performance in Judy, saying: “Renee took on the riskiest role of her career, and left us all in awe. You blew us all the f*ck away because you’re so amazing… What Renee does with the role is not mere imitation, it’s so much more than that. It’s a singular artist interpretation of what this legendary, one-of-a-kind performer might have been going through emotionally and physically towards the end of her life… and beyond the acting, it takes a bold and ballsy-as-hell woman to sing and interpret the classics of Judy Garland.”

Following the tribute, Zellweger headed just outside the theatre for a VIP after party sponsored by Belvedere, where guests mingled over specialty cocktails and cozied around heat lamps and fire pits amid the chilly Santa Barbara weather.