Words With: Fran Drescher Talks Success Over Struggles ‘In My Own Words’ on REELZ 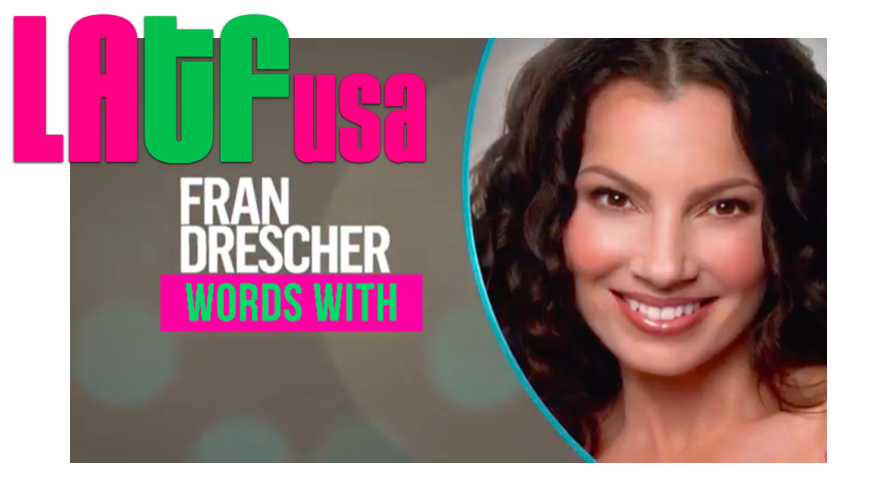 Fran Drescher: In My Own Words premieres on REELZ this Sunday, August 16 at 10pm ET/ 7pm PT.

The two-time Golden Globe and Emmy nominated actress paints an in-depth portrait of her life from growing up a girl from Queens admiring Lucille Ball to masterminding her own career in show business all while opening up about life's challenges she has conquered along the way. Armed with beauty, brains and what would turn out to be an iconic voice, Fran knew from a young age that she would become an actor. Fran's closest friends and family share stories, including her parents Sylvia and Morty Drescher, The Nanny co-star Charles Shaugnessy, Donna Dixon Aykroyd, Judi Mann, Peter Marc Jacobson, and Cancer Schmancer Executive Director Susan Holland.

I sat down with Fran to talk about her tell-all episode, her incredible career and her marvelous tenacious ways.

You share very personal experiences in REELZ "In My Own Words." How did this project come about and was there any hesitancy to open up?

Fran: No, and nor was there any on the part of my friends and family that we included in it because I know that who we chose is very fluid, open and easy in front of a camera. I'm kind of an open book. I've written two New York Times bestsellers that are about my life and my experiences. I want to start another book about where I'm at now, since the cancer and how long it's taken me to get to this place; and how I've learned the hard way. My parents are old and I thought, for posterity let's just do it because they'll be in it, Peter will be in it and my nearest and dearest friends. It will be something that I'll cherish forever. So, we dove in the deep end; did everything that was asked of us. And, the outcome was really wonderful. The guy who made it, Bill – he kept saying that he realized thaty the centerpiece of the story is this very unusual lifelong love affair with my gay ex-husband.

It's a wonderful soul-mate relationship.

Fran: I'm sure you can meet many soul-mates in one life, but – without questions, he is top-of-the-heap.

I think a lot of people can go their entire life without meeting a soul-mate – but you have this person who's known you from the beginning when you were a little girl – who we see as such a go-getter. you knew what you wanted from the very beginning it seems. Would you credit Lucille Ball as the woman who inspired you to perform and the person who put you on that path?

Fran: I was really a huge fan and I definitely wanted to aspire to be as good as she was. In that regard, I think that all along the way – the way she got her own TV show, the way she got her husband involved in the TV show – the way they challenged the status quo and reinvented the wheel on how a situation comedy gets shot. The multi-cam concept, the physical comedy. And also, I think being a beautiful woman that's funny is an unusual combination and she often dressed quite beautifully and was beautiful. I definitely wanted to be like her. But I think at a very young age, even before I was very familiar with Lucille Ball, I thought I wanted to be an actress. And, I also felt like I wanted to have a level of style like an Audrey Hepburn. That's why, when we were doing the show ("The Nanny") we needed her to come down that big staircase in incredible clothes. It was our creation, so it played to our strengths, my strengths.

You mentioned style. It was a style you wanted to have, like Lucille Ball or Judy Garland. You have your own Fran Drescher "style" – and I think that style includes a lot of gumption. You went after it by calling agents and saying "I won that New York Pageant." And then you book a role in an iconic film like "Saturday Night Fever" and you have this memorable line. Can you take us back to that time.

Fran: I was a big fan of John Travolta. He was on "Welcome Back Kotter" as a sweathog. Peter and I would watch it and think, this guy is so talented. He's so funny. It's not him he's doing. He's acting! And his timing is perfect. Even though we were younger than him, still living at home with our parents, we were able to discuss that and understand the quality that makes John Travolta the enduring star that he is. That movie had two directors. The first one was released. While the first one was in place – I had been going out for the role that was ultimately played by Karen Lynn Gorney. And then when John Badham was replaced byt the guy who directed it; he was dating Karen. She was a big soap star at the time, so he booked her as that part. And I though "Oh, there goes that." But then he calle dme in for that smaller part and I was very grateful to take anything that would put me in my first major motion picture. That's my dress that I wore in that scene. And when I touch his tush walking on the dance floor, that was me. When he spins me off and goes into his solo dance, I don't walk off the stage and watch him almost annoyed. I wasn't directed to do that, that was me. I think that I've always had a tenacious quality to me. In fact, it was the President of CBS that said to me that I was a "Russell" because I had the curves of Jane Russell, the comic time of Rosalind Russell and the tenacity of a Jack Russell.

Going into "The Nanny" and how the show came about. You met the CBS President on the plane and he says "Yes" to do the show.

Fran: Nine and a half hours later he says yes. I had to call his office to pitch ideas. We were developing ideas but not "The Nanny." It was not until I was actually on the trip and thought of that. I called Peter in the middle of the night and said "What do you think of a spin on 'The Sound of Music' only instead of Julie Andrews, I show up." He thought for a moment and said "that's it." Unbeknownst to us, they were looking for 8 'o' clock family shows. Everything kind of fell into place…

Press play to watch the rest of the interview.