The Oscars Alter Nomination Rules Due To COVID-19 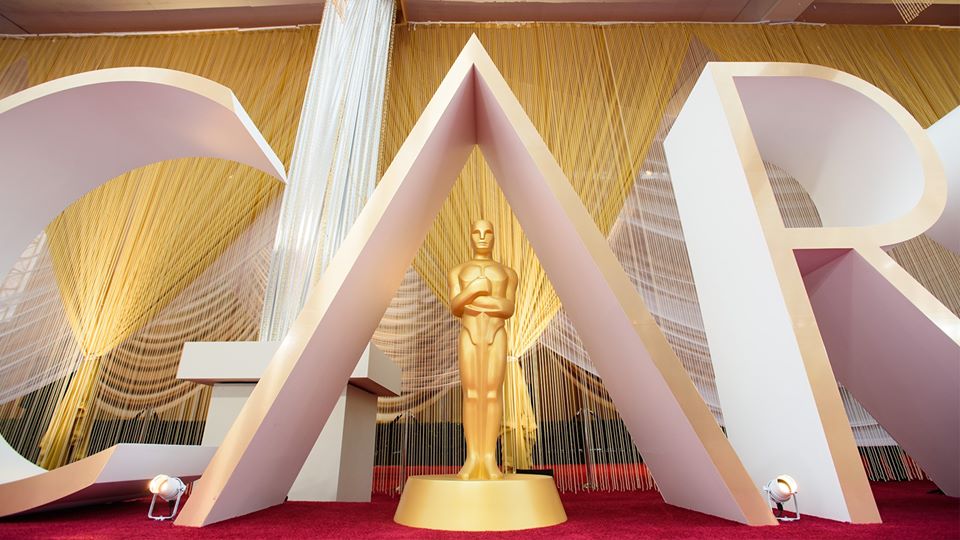 The Academy's Board of Governors has approved rules and campaign regulations for the 93rd Academy Awards®.

The devastating COVID-19 pandemic forced the closure of all Los Angeles County movie theaters as of Monday, March 16, 2020.  Current Academy Awards rules (under Rule Two, Eligibility) require that a film be shown in a commercial motion picture theater in Los Angeles County for a theatrical qualifying run of at least seven consecutive days, during which period screenings must occur at least three times daily.  Until further notice, and for the 93rd Awards year only, films that had a previously planned theatrical release but are initially made available on a commercial streaming or VOD service may qualify in the Best Picture, general entry and specialty categories for the 93rd Academy Awards under these provisions:

On a date to be determined by the Academy, and when theaters reopen in accordance with federal, state and local specified guidelines and criteria, this rules exemption will no longer apply.  All films released thereafter will be expected to comply with the standard Academy theatrical qualifying requirements.

"The Academy firmly believes there is no greater way to experience the magic of movies than to see them in a theater.  Our commitment to that is unchanged and unwavering.  Nonetheless, the historically tragic COVID-19 pandemic necessitates this temporary exception to our awards eligibility rules.  The Academy supports our members and colleagues during this time of uncertainty.  We recognize the importance of their work being seen and also celebrated, especially now, when audiences appreciate movies more than ever," said Academy President David Rubin and CEO Dawn Hudson.

For films to more easily meet theatrical exhibition requirements when theaters reopen, the Academy also will expand the number of qualifying theaters beyond Los Angeles County to include venues in additional U.S. metropolitan areas: the City of New York; the Bay Area; Chicago, Illinois; Miami, Florida; and Atlanta, Georgia.  The Awards and Events Committee will evaluate all matters of rules and eligibility.

Film festivals that have been impacted by the COVID-19 pandemic may provide films online through either a transactional pay wall or password-protected entry, which will not affect the films' eligibility for future Academy Awards qualification.  The Academy will allow an exemption for those films that are released online through an impacted festival's online platform, provided that proof of inclusion in the festival is submitted.  With these provisions, films will be expected to comply with all other eligibility requirements for the 93rd Academy Awards.

The Board of Governors also announced rules changes in the Sound, Music and International Feature Film categories.

• The two Sound categories, Sound Mixing and Sound Editing, have been combined into one award for best achievement in Sound that emphasizes the team effort.  The number of Oscar® statuettes remains the same; up to six statuettes may be awarded.  Eligible recipients may include one production sound mixer, two supervising sound editors and three rerecording mixers.

• In the Music (Original Score) category, for a score to be eligible, it must comprise a minimum of 60% original music.  Additionally, for sequels and franchise films, a score must have a minimum of 80% new music.

• In a procedural change in the International Feature Film category, all eligible Academy members will now be invited to participate in the preliminary round of voting.  For the first time, film submissions will be made available through the Academy Screening Room streaming platform to those members who opt-in.  These members of the International Feature Film Preliminary Voting committee must meet a minimum viewing requirement in order to be eligible to vote in the category.

• The regulation prohibiting quotes or comments by Academy members not directly associated with the film in any form of advertising in any medium, including online and social media, was eliminated.  Academy governors and Awards and Events Committee members, however, are still prohibited from participating in such activity.

• All screeners will be required to include closed captioning.

• After nominations, film companies will be allowed to send mailings announcing the availability of song and bake-off materials on the Academy's streaming platform.

• As part of the Academy's sustainability effort, the 93rd Awards season will be the final year DVD screeners will be allowed to be distributed; these mailings will be discontinued starting in 2021 for the 94th Academy Awards.  Access to the Academy Screening Room will continue to be made available for all eligible releases.  The distribution of physical music CDs, screenplays and hardcopy mailings, including but not limited to paper invites and screening schedules, will also be discontinued next year.  Digital links to materials will be permitted.

Due to the shifting landscape surrounding the global pandemic caused by COVID-19, all matters of rules and eligibility for the 93rd Academy Awards are subject to change based on national guidelines, state-mandated government orders and Academy-determined best practices.

Additional adjustments to Academy rules, eligibility requirements and scheduling may be required.  As previously announced, the 93rd Oscars telecast is scheduled to air Sunday, February 28, 2021, on ABC.  Any updated information about the show will be shared at a later time.