On Wednesday evening, the biggest names in sports and entertainment descended on the Microsoft Theater in Los Angeles to celebrate the year’s best moments in sports at “The 2019 ESPYS Presented by Capital One.” 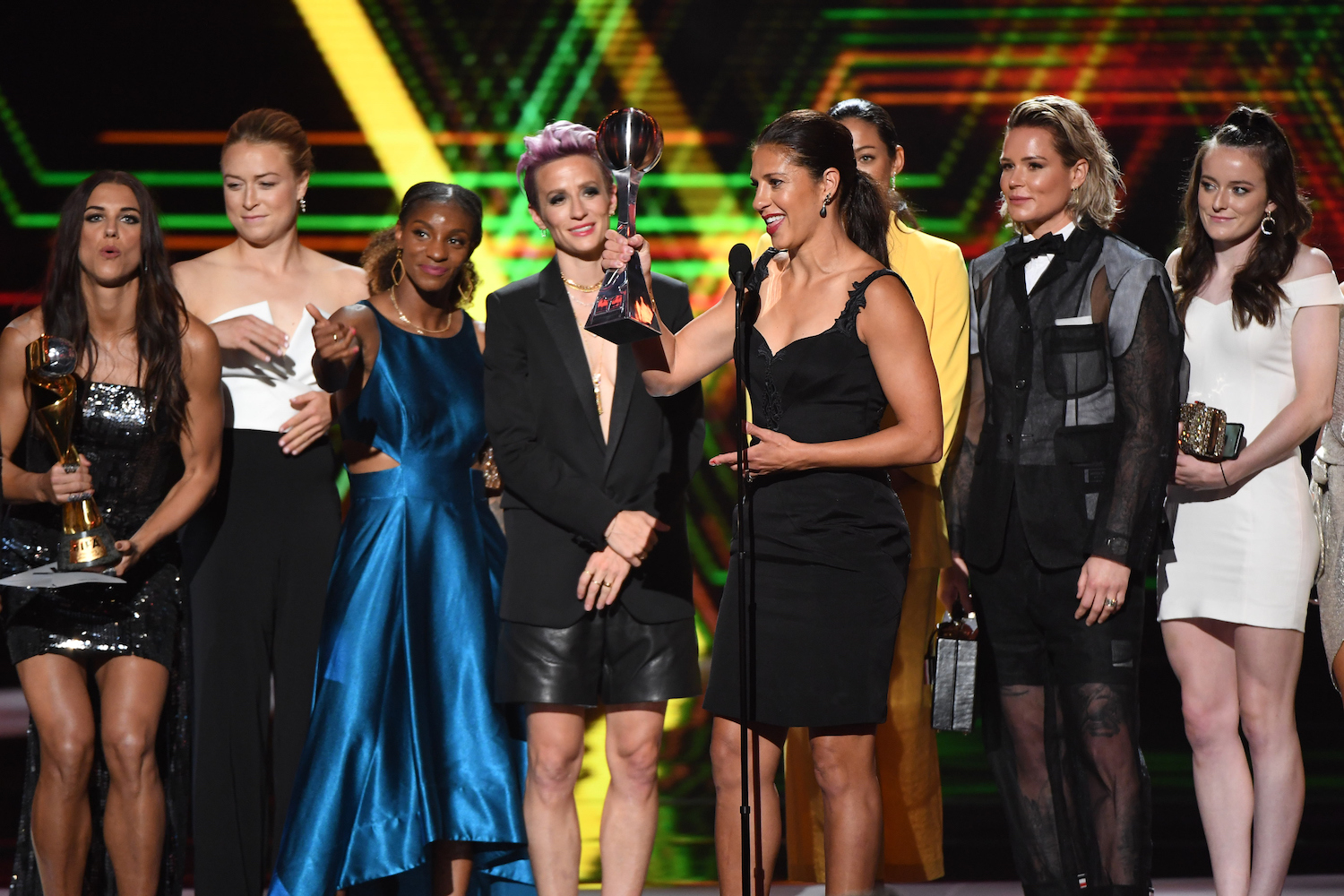 The show was hosted by comedian Tracy Morgan and aired live on ABC. Morgan’s opening monologue kicked off the night on a high note—the diehard sports fan brought the laughs while discussing his recent sports car dust-up and ribbed former New York Giant Odell Beckham Jr. on his departure for the Cleveland Browns.

The evening’s first award went to NFL Rookie of the Year Saquon Barkley, who was named Best Breakthrough Athlete. Browns wide receiver Odell Beckham Jr. and Actress Gabrielle Union presented Barkley with the award. Best College Athlete went to first overall NBA draft pick Zion Williamson, who was drafted by the New Orleans Pelicans following a standout season with Duke. The Los Angeles Rams took home the award for Best Game for their 54-51 victory over the Kansas City Chiefs in a riveting battle. Patrick Mahomes and Jared Goff accepted the award together and dedicated it to a group of first responders who were battling the California fires while they were competing on the field.

Each year, “The ESPYS” recognizes individuals in the world of sports who have demonstrated admirable perseverance, courage and strength in the face of adversity with three marquee awards: the Jimmy V Award for Perseverance, the Arthur Ashe Award for Courage and the Pat Tillman Award for Service. GRAMMY® award-winning artist Usher presented the Pat Tillman Award for Service to U.S. Marine Sgt. Kirstie Ennis, who was injured on a tour in Afghanistan and has since dedicated her life to providing education and opportunity in the outdoors through the Kirstie Ennis Foundation. Later in the show, Russell Wilson and Ciara presented the Jimmy V Award for Perseverance to Rob Mendez, a high school football coach without arms or legs who led his team to the league championship game in his first year as head coach and inspired millions more with his determination and “who says I can’t” attitude. 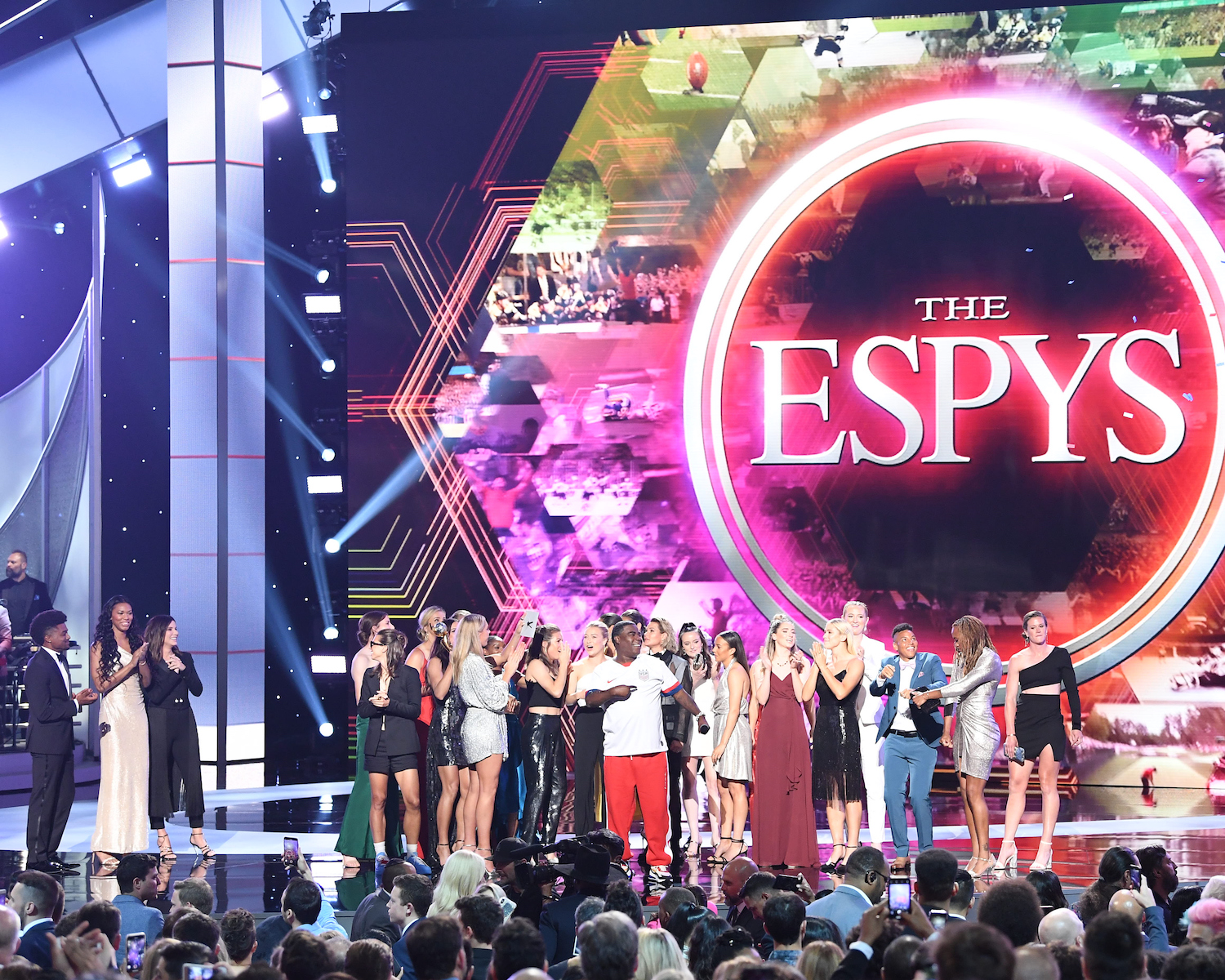 Former NBA Player Kobe Bryant gave an impassioned speech to present the Arthur Ashe Award for Courage to the legendary Boston Celtics center Bill Russell, who received the award for his dedication to fighting for social justice and his lifelong commitment to ensuring opportunity for all young people. Russell co-founded MENTOR: The National Mentoring Partnership, the national nonprofit leading and growing the quality and quantity of youth mentoring relationships nationwide. GRAMMY award-winner Tori Kelly performed the Mavis Staples classic, “In Times Like These” during the presentation.

During the show, host Tracy Morgan announced that ESPN—through the incredible support of fans, employees, partners, and the sports community—had helped raise over $100 million for the V Foundation for Cancer Research, which was founded in 1993 by ESPN and the late Jim Valvano. ESPN and the V Foundation have vowed to continue to raise awareness and funds for cancer research until there is victory over cancer. 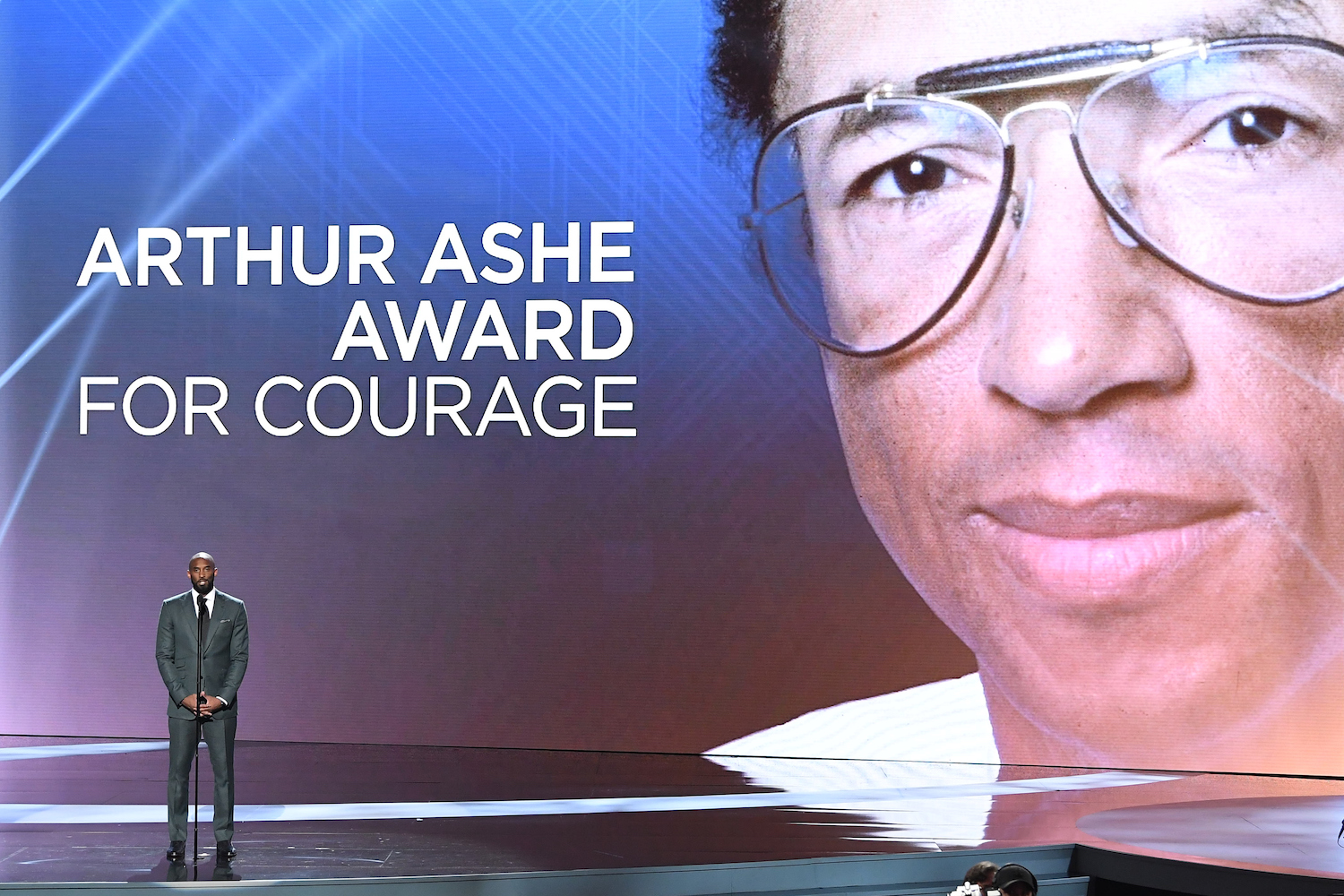 The evening’s final award for Best Team was presented by Academy Award®-winning actress Sandra Bullock to the back-to-back World Cup champions, the U.S. Women’s National Soccer Team, fresh off a plane from their New York ticker-tape-parade celebrating their momentous victory. Morgan closed the show saying “Let’s pay these ladies and cure cancer!”
Earlier in the night, during the red carpet, ESPN presented two new awards. Best WWE Moment went to Roman Reigns for his triumphant return to WWE Raw after announcing his leukemia is in remission. oLARRY won the Best Esports Moment for his return to NBA2k after surviving a mass shooting in Jacksonville, Florida, last year.

COMPLETE LIST OF “The 2019 ESPYS Presented by Capital One” WINNERS

Lifestyle
What Are The Best 4th of July Car Deals In America?