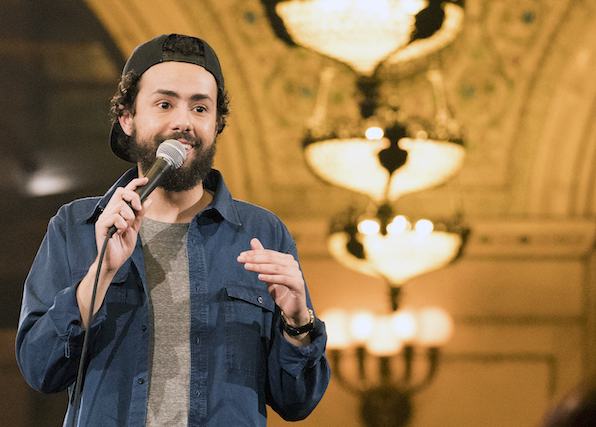 The special will also be available on HBO On Demand, HBO NOW, HBO GO and partners' streaming platforms.

Sharing candid anecdotes from his life, Ramy Youssef offers his thoughts on a number of subjects, including: the best day of the week to pray, his father's immigration story and connection to Donald Trump, his complicated love for Lebron James, whether dogs are really man's best friend, and how sometimes he wishes he had never had sex.

Ramy Youssef is an Egyptian-American comedian, writer, actor and director. He created, produced, directed and stars in the hit show "Ramy," which debuted earlier this year.  His past acting credits include the acclaimed film "Don't Worry, He Won't Get Far on Foot," as well as "Mr. Robot."

The special is produced in partnership with A24, whose other collaborations with HBO include the series "Euphoria," "Random Acts of Flyness" and "Pod Save America"; the films "Native Son" and "Share"; the "2 Dope Queens" specials; and the comedy special "My Favorite Shapes by Julio Torres," which debuts this summer.

RAMY YOUSSEF: FEELINGS is executive produced by Ramy Youssef; produced by A24; directed by Chris Storer.