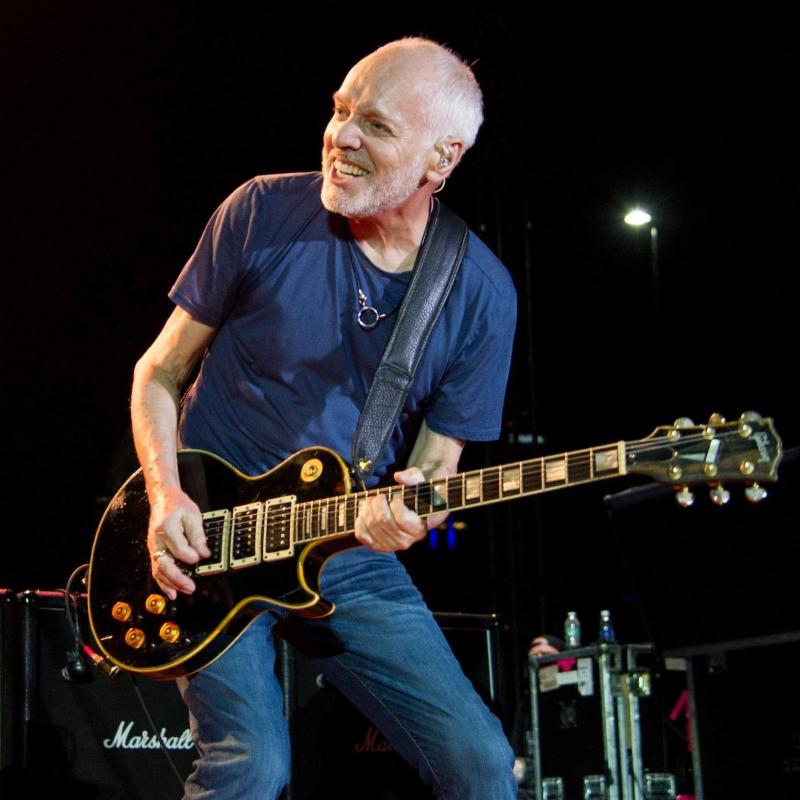 The Music Business Association (Music Biz) will honor GRAMMY Award-winning musician, singer and songwriter Peter Frampton with the Chairman's Award for Sustained Creative Achievement at the Music Biz 2019 Awards & Hall of Fame Dinner sponsored by BuzzAngle Music, City National Bank, Cracker Barrel, Jammber, and TiVo. The ceremony will take place on Tuesday, May 7 at 7:30 pm as part of the Music Biz 2019 Conference set for May 5-8 at the luxurious JW Marriott in downtown Nashville.

"We could think of no artist more deserving of an award for sustained creative achievement than Peter Frampton, who has fashioned a storied career through his solo efforts, co-founding of a supergroup and his extraordinary collaborations with fellow industry legends," commented Music Biz Chairman Steve Harkins. "This will be the third time Peter has graced the Music Biz stage; once in 1977 to honor his landmark live record Frampton Comes Alive!, again as part of the 2006 Universal Music Showcase, and this year to rightfully honor him as a music industry icon and a true bastion in the history of Rock music."

Frampton just announced the Peter Frampton Band will release its new album, entitled All Blues, on June 7 via UMe. Recorded with his longtime touring band, made up of Adam Lester (guitar/vocals), Rob Arthur (keyboards/guitar/vocals) and Dan Wojciechowski (drums), the album is a collection of Frampton's favorite blues classics.

Peter Frampton remains one of the most lauded artists in rock history. He was most recently honored with the Les Paul Innovation Award at the 2019 NAMM Show's 34th annual NAMM Technical Excellence & Creativity Awards, and celebrated the 43rd anniversary of his fifth solo album, Frampton Comes Alive!, one of the top-selling live records of all time (over 17 million copies sold worldwide) featuring  the hit singles "Baby I Love Your Way," "Show Me the Way," and a live version of "Do You Feel Like We Do."

In February, Frampton made public his diagnosis of Inclusion Body Myositis (IBM) which has prompted him to announce his retirement from regular touring at the end of this year. His retirement will come at the conclusion of "The Peter Frampton Finale - The Farewell Tour" which will run across the U.S. and Canada from June through mid-October.