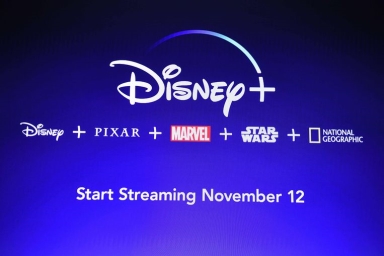 The Walt Disney Company’s Direct-to-Consumer and International (DTCI) has launched Disney+ in Canada and the Netherlands, in tandem with the U.S., today on November 12!

It will then launch in Australia and New Zealand on November 19.

Disney+ will offer fans of all ages a new way to experience the unparalleled content from the company’s iconic entertainment brands, including Disney, Pixar, Marvel, Star Wars, National Geographic and more, and will be available on nearly all major mobile and connected TV devices at launch with global distribution agreements in place with Apple, Google, Microsoft, Roku and Sony.

At launch, consumers will be able to subscribe to Disney+ directly or via in-app purchase and start streaming from the following partner platforms and devices (dependent on country):

This news follows the recent announcement that consumers in the U.S. will get a new and exciting value proposition with a bundled offering of Disney+, ESPN+ and Hulu for just $12.99USD. This means they get all of the Disney+ programming plus thousands of live sporting events, sports-themed original series and award-winning sports documentaries from ESPN+; as well as Hulu’s award-winning original content and on-demand streaming library.

Additionally, Disney+ is now live on social media. Consumers may follow along at the below accounts, or visit DisneyPlus.com to register their email and be kept up to date on the service.