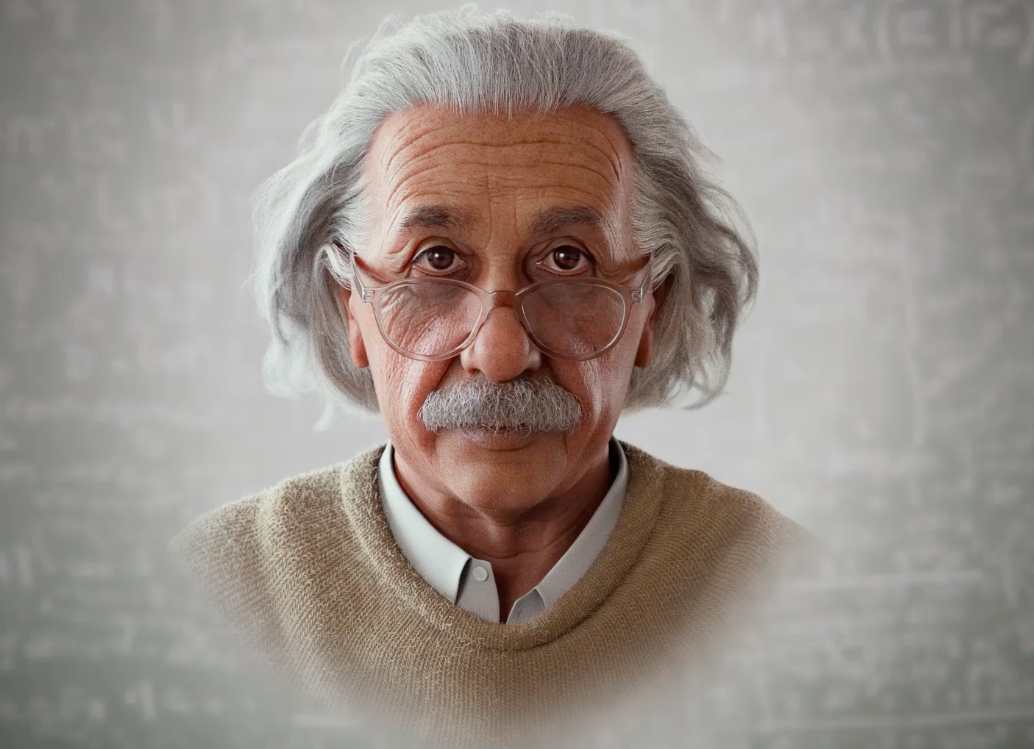 Before & After of Alexander's Einstein Rendering

3D design has always fascinated me. It can bring characters, from animals to famous people in history to life. It's like magic!

And, if 3D art is magic, then that makes Alexander Beim a magician.

Growing up, he always loved to draw. After finishing art school he worked as an artist. Eventually, he switched out the crayon and brush for a computer mouse after discovering his love for working with computers and digital 3D art.

In 2002, he founded the LotusArt Studio. The team consists of a network of graphic designers, animators, video and compositing operators who have turned their passion into a career.

They create photo realistic visualizations, professional animations and CG characters. Everything looks real, right down to the lines on a character's skin and even the strands of their hair. Alexander's company creates virtual avatars, character rigging, facial animation, lip sync, Hair Dynamics, fur, as well as clothing with Cloth Simulation in photo-realistic representation.

With detailed precision, Alexander brought Albert Einstein back to life for the 2019 Daytime Beauty Awards, which honors science behind beauty. The audience was in awe as Einstein greeted them, speaking and making eye contact. He matched a voice over to Einstein's speaking gestures, so it was as if he was speaking in real time. So, how does it work?

A post shared by Hollywood Beauty Awards (@hollywoodbeautyawards) on Sep 24, 2019 at 9:32am PDT

Alexander and his Lotus Art team work with clients from all around the world, creating everything from 3D babies to animated flying dinosaurs! To see more of his magic, visit: https://lotusart.de