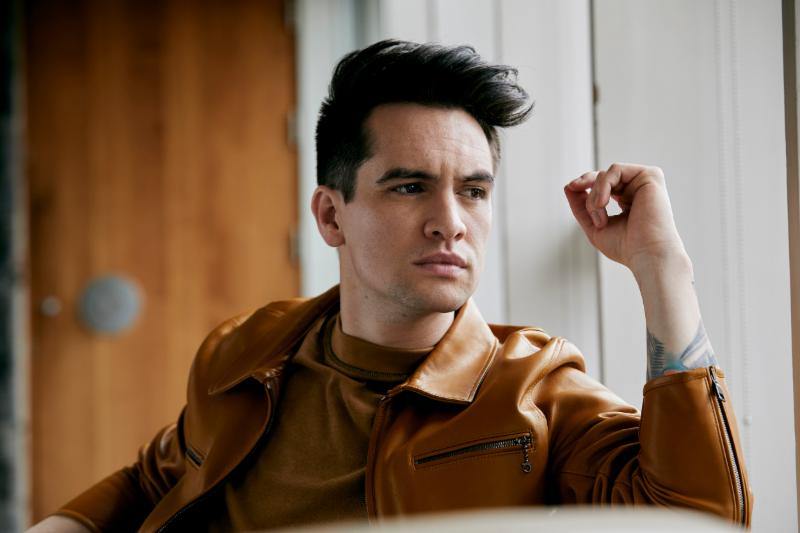 ZAYN has released “Entertainer,” his new single via RCA Records, available now at all DSPs. “Entertainer” was co-written by ZAYN and recorded in Doylestown, Pennsylvania. You can listen to the track here: http://smarturl.it/Z3ntrt4inerZ.

The video for “Entertainer” is also available today, and continues to reveal the storyline from both “Dusk Till Dawn” and “Let Me.” Steven Bauer (Scarface, Breaking Bad) returns in the video for his recurring role in the story starring alongside ZAYN. You can watch the “Entertainer” video here: http://smarturl.it/Z3ntrt4inerZv.

Christina Aguilera unveils the music video for her recently released track “Fall In Line” feat. Demi Lovato, which was directed by Luke Gilford.

Grammy-nominated band Panic! At The Disco today released "High Hopes", the third track off their highly anticipated sixth studio album, Pray For The Wicked. Listen to the song HERE. Pray For The Wicked is due for release on June 22, 2018 via Fueled By Ramen/DCD2 Records and is available for pre-order now HERE. Fans who pre-order the album will receive instant downloads of "High Hopes" and previously released tracks "Say Amen (Saturday Night)" and "(Fuck A) Silver Lining". "High Hopes" is currently featured in the NHL's promotional campaign for the 2018 Stanley Cup Final, which will begin on Monday, May 28.

Black Labyrinth, the debut solo album from Jonathan Davis, storied frontman of critically lauded rock band Korn, is out now via Sumerian Records. The new album, from the two time GRAMMY® Award wins, eight time GRAMMY® Award nominations, artist with worldwide sales of 40 million-plus which is streaming in full now, features "What It Is" which hit Top 5 on the Active Rock Charts and debuted as the #1 most added single on Rock radio, "Final Days," a melodic and atmospheric track, accentuated by subtle hints of sitar and tabla, the straightforward arena-rock anthem "Underneath My Skin," and ten other tracks primarily recorded live to tape, a departure from Korn's heavily calculated, meticulous, studio approach to creation. Longtime fans of Korn will still find the familiarity of the band's unique and unforgettable vocals, synths and commanding guitars in key track's like "What You Believe" and "Everyone."

Seven-time Grammy Award winning blues icon Buddy Guyreveals his version of “Nine Below Zero,” the Sonny Boy Williamson penned-classic and the first song released from this forthcoming album THE BLUES IS ALIVE AND WELL, set for release June 15 on Silvertone/RCA Records.

The track “Nine Below Zero” premiered on B.B. King’s Bluesville channel on SiriusXM.

Depicting a night on the town gone weird, Bastille’s new video, “Quarter Past Midnight,”immerses viewers in a trippy fever dream of hedonism that spirals out of control. Shot by Austin Peters (who directed Bastille’s “Flaws,” “Laura Palmer” and “Oblivion” videos), it all begins with frontman Dan Smith’s iconic hair being attacked with a razor. He then finds himself taking one surreal turn after another.

GOOD CHARLOTTE today announced that they will release their anxiously awaited seventh full-length studio album, Generation Rx, on September 14, 2018. It marks the first record to be released under the newly minted global partnership between the band's MDDN label and BMG. The album's lead single "Actual Pain" is available to stream and download now HERE.