Following the recent dismissal of all charges related to the 2017 incarceration and beating of Jawara McIntosh, also known as Tosh 1, son of legendary reggae artist Peter Tosh - the Steppin’ Razor’s family will celebrate “International Peter Tosh Day” this Friday, 4/20 with a renewed sense of social justice, and the continued drive to push for reform regarding cannabis offenses worldwide. 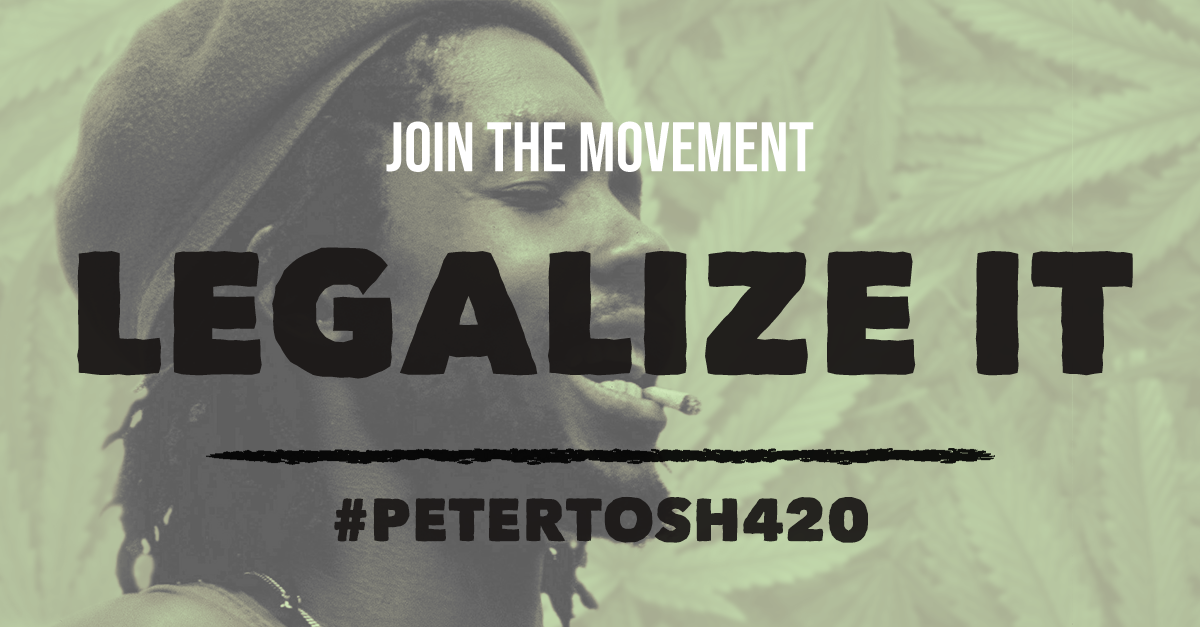 Peter Tosh was a human rights activist and an original founding member of The Wailers, alongside Bob Marley and Bunny Wailer. Tosh wrote and performed the iconic song, “Legalize It;” which became the soundtrack of the movement toward legalization.

Peter’s daughter and Jawara’s sister Niambe McIntosh, the administrator of her father’s Estate, will kick off the fourth annual celebration by speaking on April 20th at the National Cannabis Policy Summit, presented by Dr. Bronner’s and the National Cannabis Festival; located at the Newseum, Washington, D.C. Her panel, “Get Up, Stand Up: Can Cannabis Heal Our Broken Criminal Justice System?”, will feature updates on Jawara’s status, dismissal of charges, and the family’s continued effort to push for federal legalization.

On February 21, 2017 McIntosh was beaten into a coma at Bergen County Jail in New Jersey while serving a six-month sentence for cannabis-related charges.  Niambe and Jawara’s mother Melody Cunningham relentlessly fought back against the system for the injustice of his original arrest and the violations of his civil rights that ensued. Last year, the Peter Tosh Foundation launched the Justice for Jawara (#JusticeForJawara) campaign and received support from Civil Rights leaders including Reverend Al Sharpton and Ndaba Mandela, the grandson of Nelson Mandela. The Foundation has also formed another partnership with Minorities for Medical Marijuana to launch expungement clinics around the nation.

A Thunderclap campaign has been created to support his Son Jawara and Senator Cory Booker’s Marijuana Justice Act. If passed into law, the Marijuana Justice Act would have an immediate impact on our criminal justice system, policing, our communities, and even the economy. This legislation would remove marijuana from the list of controlled substances, making it legal at the federal level.

This Friday, April 20th, celebrate International Peter Tosh Day and help further the #JusticeForJawara campaign with the Tosh Family and Niambe McIntosh as she brings her panel “Get Up, Stand Up: Can Cannabis Heal Our Broken Criminal Justice System?” to the National Cannabis Policy Summit at the Newseum (555 Pennsylvania Ave NW, Washington, DC 20001)!

Lifestyle
Get That Travel High On The West Coast Cannabis Tour