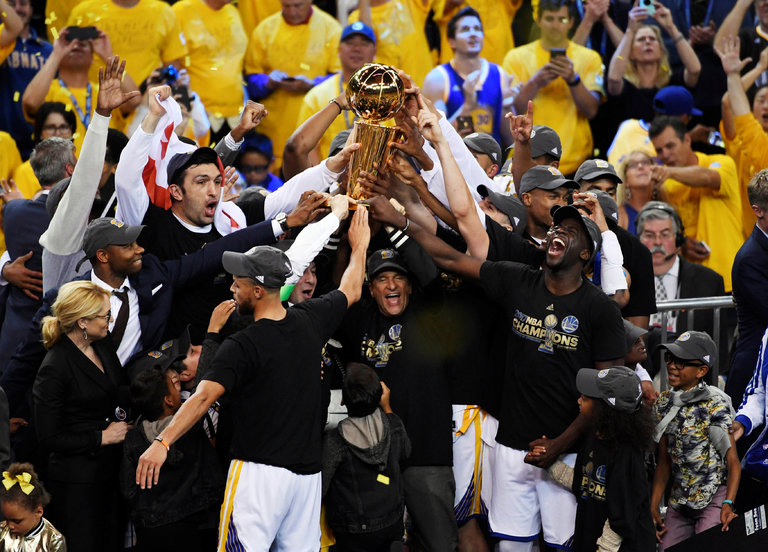 The Golden State Warriors defeated the Cleveland Cavaliers 129-120 on Monday night in Oakland's Oracle Arena before a soldout crowd looking for their beloved team to end the series and not prolong it one game longer. This comes one year after the Warriors loss to the Cavaliers after holding a 3-1 lead in the best-of-seven series, when LeBron James and his supporting cast made history as the only team to come back from that deficit and win in the NBA Finals. History would not repeat itself, mainly because of the addition of Finals MVP Kevin Durant joining an already loaded team. Durant took a lot of criticism because of his decision to leave the Oklahoma City Thunder, but silenced all the naysayers with his first championship ring and the MVP trophy. The NBA should be concerned because we could be looking at a dynasty, seeing as they have one the last 2 out of 3 championships.