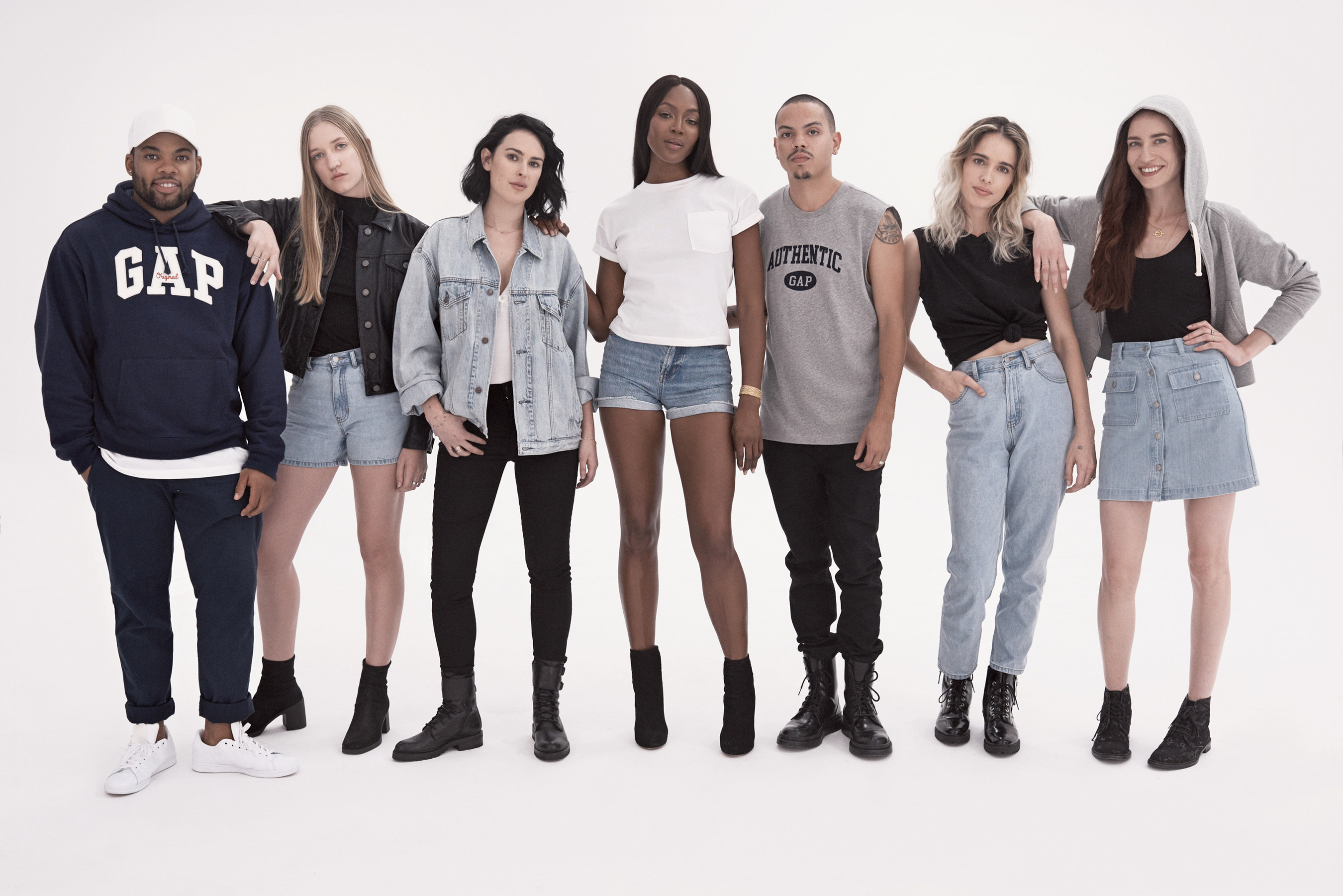 Gap goes back in time with the launch of a limited-edition collection – the '90's Archive Re-Issue – for men and women featuring iconic styles from the '90's including the Bodysuit, Reverse Fit and Easy Fit Denim, Pleated Khakis and the timeless Pocket Tee, available online and in select stores globally starting February 7.

To launch the collection, Gap collaborated with director Kevin Calero to create 'Generation Gap,' a film that is the ultimate contemporary homage to the iconic Gap ads of the '90's with references to "Mellow Yellow," "Crazy Little Thing Called Love" and "Just Can't Get Enough" and updated with a modern twist. 'Generation Gap' features a roll call of emerging talent cast from the offspring of stars of the iconic Gap '90s ads with a special cameo from the timeless icon and Gap alumni Naomi Campbell wearing the iconic pocket tee that she modeled in 1992 for her Steven Meisel shoot. Set to an a capella version of the 1992 Billboard music #1 hit 'All 4 Love' by Color me Badd, 'Generation Gap' is a nod to the past and a celebration of the next generation as they reimagine the iconic Gap looks in their own unique style.

"The '90's is having a sartorial moment and we have an archive of pieces that set the tone for that decade commercially and culturally, so it seemed right to re-issue some of those pieces and the stories that come with them," said Craig Brommers, chief marketing officer for Gap. "'Generation Gap' came together in a celebration of who was with us then and who we are with now – it has, at its heart, that simple truth that we can take from the past but also celebrate our future."

"I was a 'Gap kid' so when the call came through to re-interpret the legendary '90's Gap campaigns, it was a dream come true," says 'Generation Gap' director Kevin Calero. "The '90's ads set the tone for a whole stream of fashion attitudes and moments. I don't think many other brands could pull off this sort of film with authenticity and heart."

For further information on the collection and to view 'Generation Gap' go to Gap.com/archivereissue