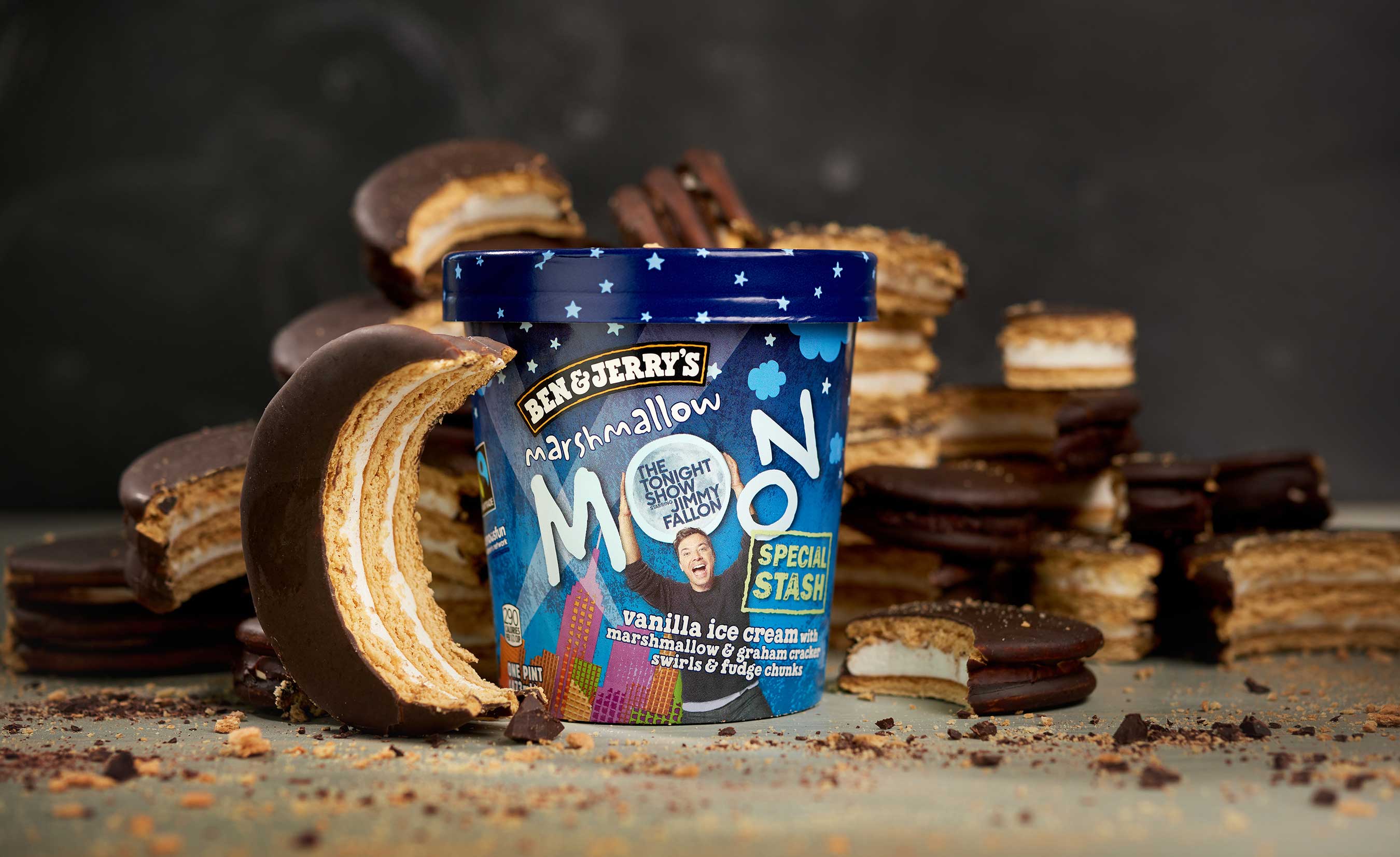 The Marshmallow Moon flavor was developed over two years ago and almost netted the position in place of Fallon’s current full-time flavor, Tonight Dough. Tonight Dough has earned a spot as one of Ben & Jerry’s top ten flavors ever since its release. Like Tonight Dough, all of Fallon’s proceeds from every Marshmallow Moon pint sold will benefit the SeriousFun Children’s Network - an organization committed to providing children living with serious illnesses with life-changing camp experiences, in the safest and most supportive environment and with the highest-quality medical care. Proceeds from Tonight Dough have raised more than $1.2 million dollars for SeriousFun, supporting programs that have a lasting impact on the lives of children with serious illnesses and their family members around the world, totally free of charge.