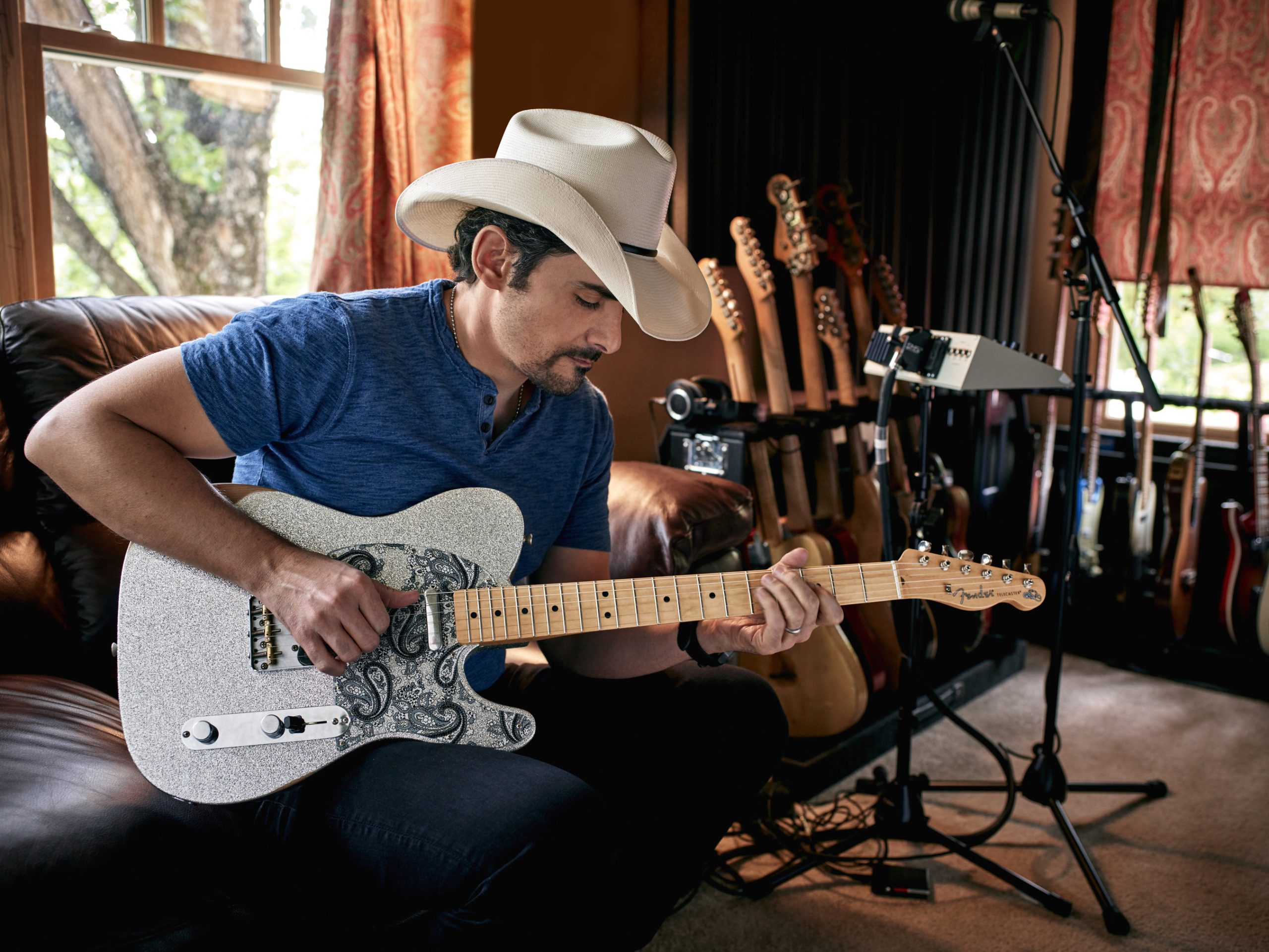 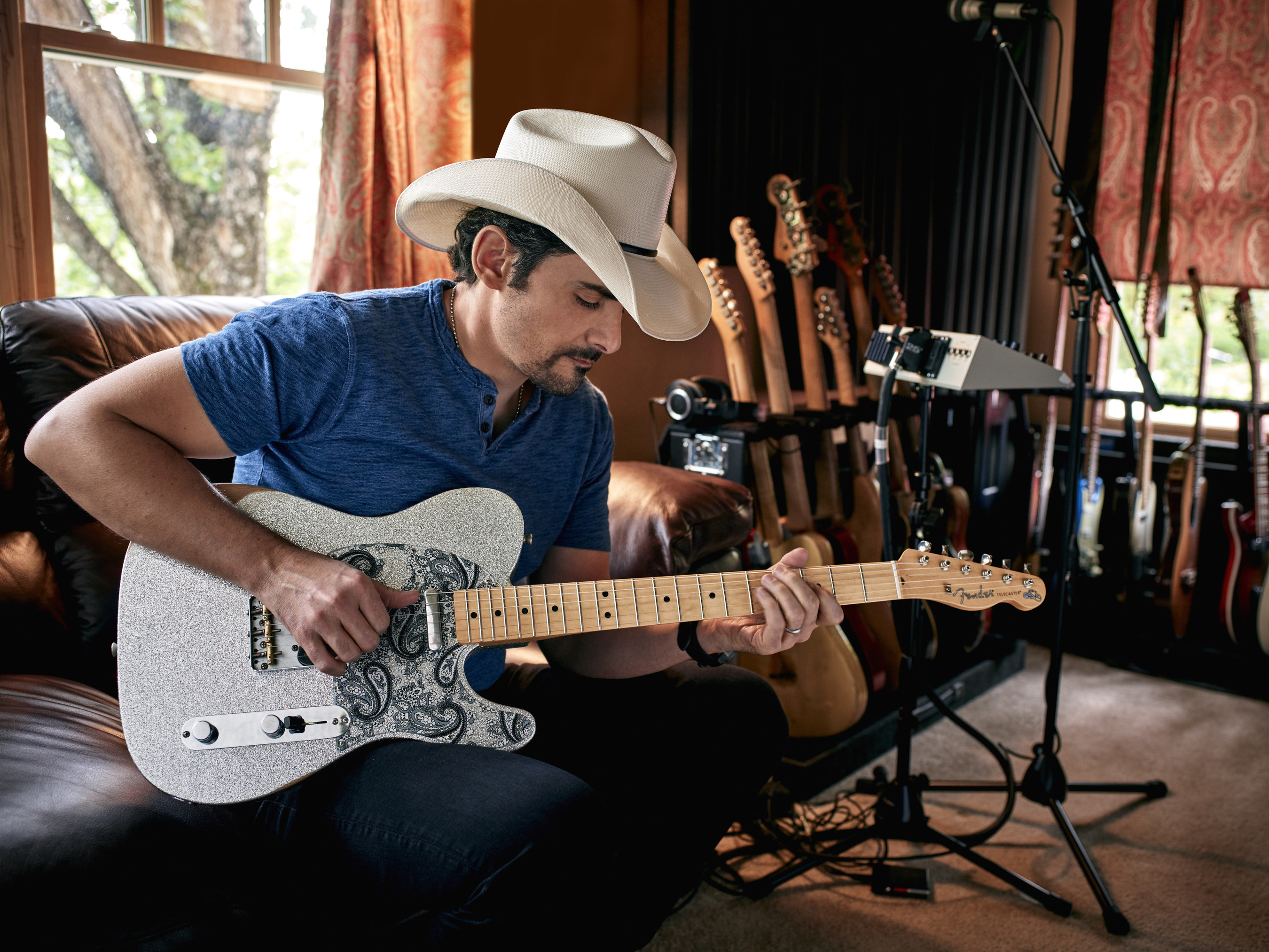 Fender and Paisley united to create a classic and timeless guitar reminiscent of one of his prized instruments in his guitar arsenal, his silver sparkle Telecaster®. The collaboration will be officially revealed at Summer NAMM 2017 in Nashville, Tenn.

"The best thing about having a Fender Signature Telecaster is the unwavering quality associated with the brand's legacy and confidence that I'm introducing a great guitar at an incredible price point," says Paisley. "I set out to create a guitar that was accessible for the vast majority of young people out there, who I hope to inspire to change the world with musical dreams."

In addition to Paisley's six-string virtuosity is his knack for an enduring country hit. His inimitable playing has underscored writing and performing that yielded three GRAMMY® Awards, two American Music® Awards, 14 Academy of Country Music® Awards, 14 Country Music Association® Awards (including Entertainer of the Year) and 24 No. 1 world-renowned hits. LOVE AND WAR, Paisley's newest album, debuted at No. 1 on Billboard's Top Country Albums chart, marking his 9th consecutive studio album entry at the chart's top position.

The instrument itself reflects Paisley's dynamic persona and showcases his shared mission with Fender: to inspire the next generation of players. The body is custom-made from a lightweight and resonant paulownia center core with spruce top and back, while a custom wound '64 Tele Bridge Pickup expands the sonic palette with just the right amount of rough and tumble energy. Paisley carefully chose an enhanced "V" neck shape, making for a comfortable grip. The medium jumbo frets are perfect for quick picking and those bluesy over-the-neck bends. To cap it off, Roadworn silver sparkle finish, aged hardware, and a paisley pickguard make this guitar worthy of legends.

Fender's popular artist signature models are geared toward product progression and storytelling, creating instruments designed to the unique specifications of the world's most iconic artists. The Brad Paisley Road Worn® Telecaster® gives fans and players everywhere a chance to engage in a musical experience Paisley helped curate. To learn more about this new artist signature model and his mission to inspire the next generation of players from Paisley himself in the "Fender Presents: Brad Paisley Signature Road Worn Telecaster" video, click here.