Movie Review: ‘The Founder’ Is A Juicy, Grade ‘A’ Origin Story 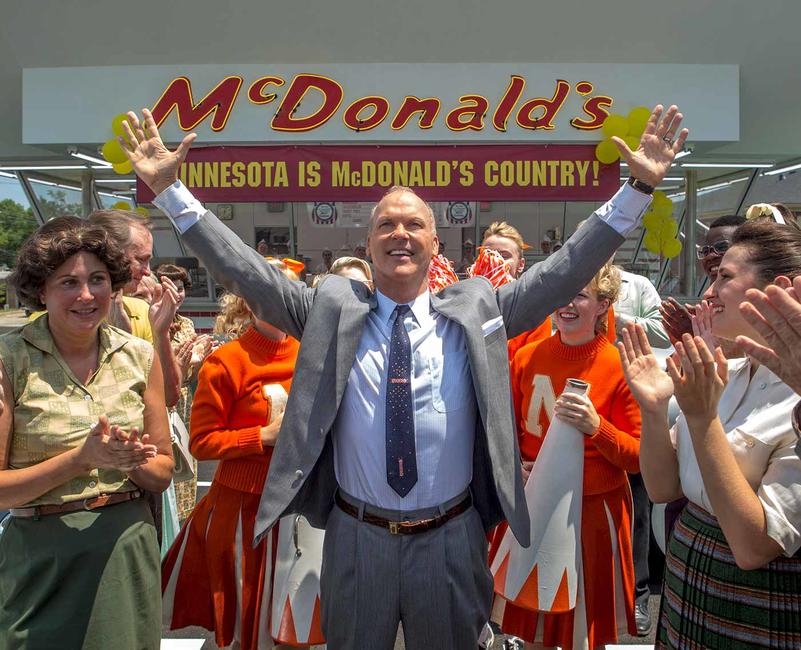 Fresh off a career comeback with pivotal roles in back-to-back Oscar-winning films (Birdman, Spotlight), Michael Keaton returns with yet another distinctive performance as Ray Kroc, the savvy but slimy businessman that transformed McDonald’s from a humble California burger stand into the megacorporation it is today. The Founder is a darkly comic bio-drama costarring Nick Offerman, John Carroll Lynch and Laura Dern.

An origin story both salty and sweet, as related by the gifted screenwriter Robert Siegel (The Wrestler, Big Fan), this true tale of the most epic food fight of all time is at turns funny and tragic, and while its odd ingredients may seem ill-matched upon first taste, they ultimately hit the spot. A cautionary tale about the negative effects of greed as much as an ode to the pursuit of the American Dream, the ironically titled The Founder is a winner thanks to the performances, especially Michael Keaton’s tricky title role, the inviting and authentically captured 50’s milieu, and the tasty combination of humor and drama that director John Hancock (Saving Mr. Banks) stirs up. Some audiences may blanch at the unethical business practices of Keaton’s Kroc, but while his character is certainly difficult to empathize with, his flaws contribute invaluably to the narrative’s drama.

Set in the 1950s, The Founder follows Kroc, a struggling, Illinois-based traveling salesman for Prince Castle Sales. Despite his gift for salesmanship, Ray is just barely scraping by, largely thanks to the unremarkable products he’s hawking, most recently the five-spindle Multimixer, ideal for making milkshakes at the popular drive-in restaurants cropping up across the nation.

After receiving an unusually large Multimixer order from a little-known burger stand in San Bernardino named McDonald’s, Ray travels West to see the operation firsthand. What he discovers is a veritable burger paradise run with game-changing efficiency by brothers Mac and Dick McDonald (John Carroll Lynch and Nick Offerman). Struck by McDonald’s franchise potential, Kroc wastes no time convincing the burger brothers to expand the business, and before long is shepherding the opening of thirteen-plus locations around the Midwest. But it isn’t until Kroc links up with the forward-thinking financial whiz, Harry J. Sonneborn (B.J. Novak), who comes up with a revolutionary new business model emphasizing real estate over burger sales, that Ray is able to propel McDonald’s into another stratosphere. Along the way, Ray’s ruthless side is revealed as he takes measures to cut the McDonald brothers out of their namesake business.

Hancock's direction succeeds in breathing life into the film’s nostalgic 50s setting, immersing audiences in the world of drive-ins and muscle cars. Helping capture the whimsical nature of this idyllic era is the playful score by Carter Burwell (Carol, Anomalisa) and the eye-pleasing cinematography of John Schwartzman (Jurassic World, Seabiscuit).  Although certain elements of Robert Siegel’s screenplay are of the cookie-cutter variety, particularly in his depiction of the strained marriage between Kroc and his long-suffering wife Ethel, the scribe scores the right balance between laughter and sadness as he tracks the character’s transformation from struggling salesman to merciless fast food titan. 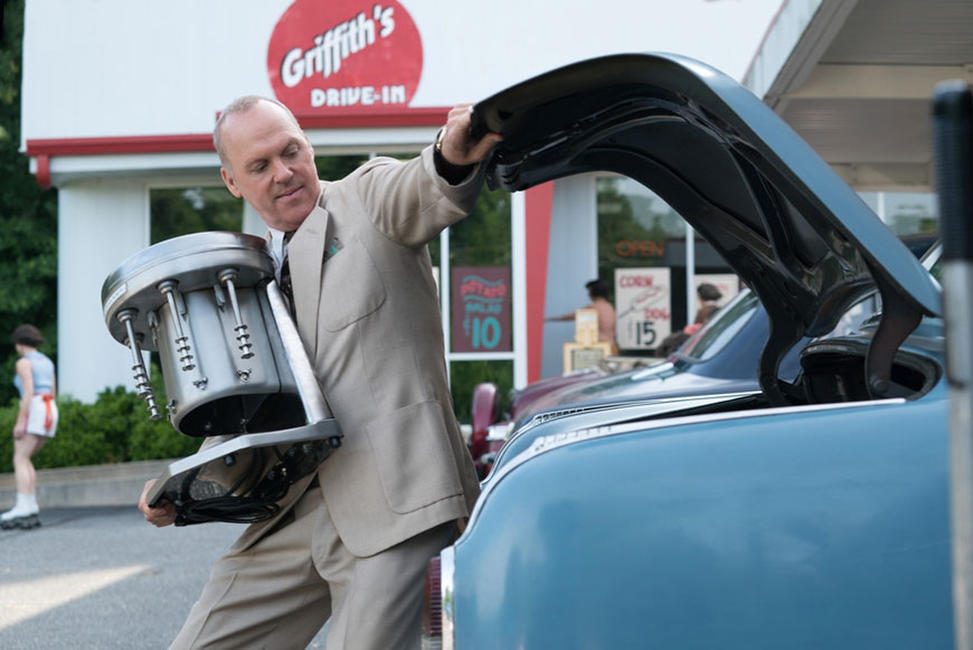 Of its many virtues, Siegel’s script stands out most for the well-drawn characters that leap off the page, most notably Keaton’s titular character and the betrayed McDonalds brothers. Granted, the exceptional actors inhabiting these roles add necessary depth to their portrayals. Leave it to Keaton to make a person as inherently unlikable as Ray Kroc not only tolerable, but immensely compelling for the entire film’s duration. In a rare dramatic opportunity, though one that isn’t without humor, Offerman (Parks and Rec) hits all the right keys as the socially challenged, business-minded Dick McDonald who created the speedy system now universally utilized by fast food companies. Lynch helps humanize the burger brothers as the more personable Mac Macdonald. Patrick Wilson also makes the most of his screen time as a Minneapolis steakhouse owner-turned-McDonald’s franchisee who loses his wife, excellently portrayed by Linda Cardellini, to Kroc.

All in all, The Founder is a delicious bio-drama that entertainingly traces the origins of the golden arches.