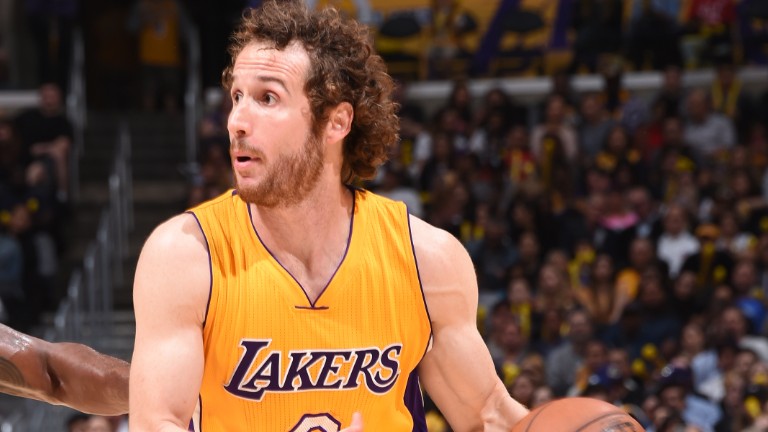 The Los Angeles Lakers have signed point guard Marcelo Huertas, it was announced today by General Manager Mitch Kupchak. Per team policy, terms of the deal were not released.

“Marcelo’s understanding of the game, unselfishness, and professionalism are assets to our team and he has an uncanny ability to change the pace of the game,” said Kupchak. “He’s fundamentally solid but also has a flair and excitement to his style of play, which makes him a fan favorite.”

In his first NBA season with the Lakers last year after playing professionally in Brazil, Spain, and Italy since 2001, Huertas averaged a team-best 3.4 assists per game in addition to 4.5 points and 1.7 rebounds over 53 games. Prior to coming stateside, he spent the previous four seasons (2011-15) with Spanish power FC Barcelona, where he was a key piece on their 2011-12 and 2013-14 Spanish National Championship and 2013 Spanish National Cup-winning teams. He also has 165 games of Euroleague experience, and was the 2013-14 Euroleague Top 16 Round Two MVP.

The Brazilian native has extensive international experience, notably representing his country at the 2012 Olympics in London, where he led the squad with 6.0 assists per game in addition to 11.3 points, good for second-best on the roster. He is currently a member of the Brazilian national team that will participate in this month’s Olympic Games in Rio de Janeiro. He has also appeared on three consecutive FIBA Basketball World Cup teams in 2006, 2010, and 2014. His decorated international resume includes gold medals from the 2006 South American Championship (where he was named MVP of the tournament after averaging a team-leading 16.8 points to go with 4.0 assists) and 2007 Pan American Games, in addition to three medals from the FIBA Americas Championship: 2005 and 2009 (gold), and 2011 (silver).