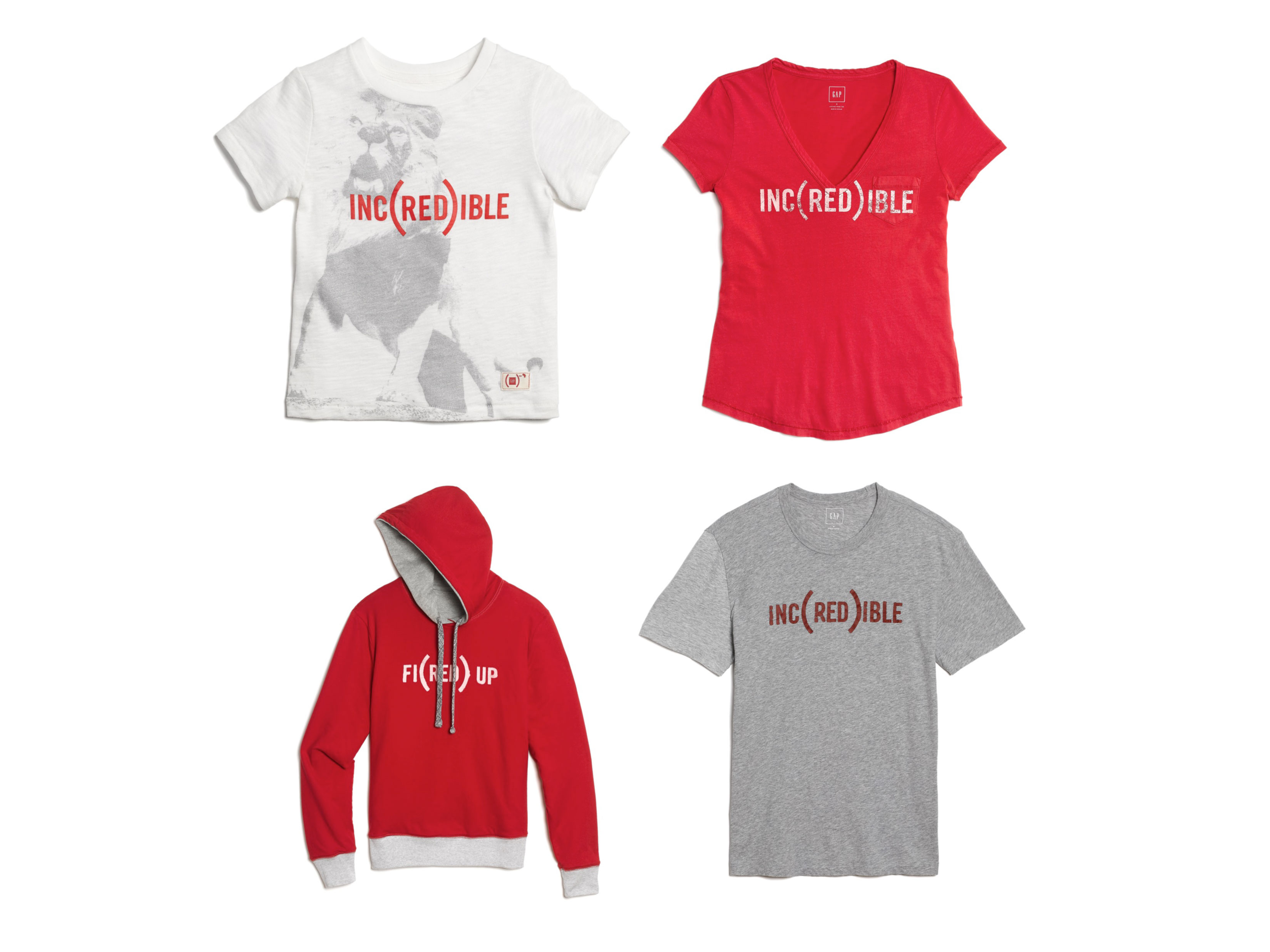 Gap is proud to commemorate (RED)'s 10th anniversary and its role as the founding apparel partner of the AIDS organization founded by Bono and Bobby Shriver. Gap has contributed $10 million dollars to the Global Fund to Fight AIDS, Tuberculosis and Malaria and has encouraged customers to support the fight through its (RED) partnership product collections that have heightened awareness of the AIDS pandemic and the opportunity to end it by 2030.

To mark the anniversary, Gap is releasing a special collection of favorites for the entire family. The iconic (Gap)RED logo design, featuring inspiring text such as SUPER POWE(RED), INC(RED)IBLE and FI(RED) UP, will be offered in tees, sweatshirts and tanks for men, women and kids and in onesies for babies. Outerwear and denim will also be offered for men and women, including a classic bomber and straight selvedge jeans for men and a denim jacket, jeans and sleeveless puffer vest for women.

The collection will be available at select Gap stores around the world and on gap.com beginning July 26th, 2016.