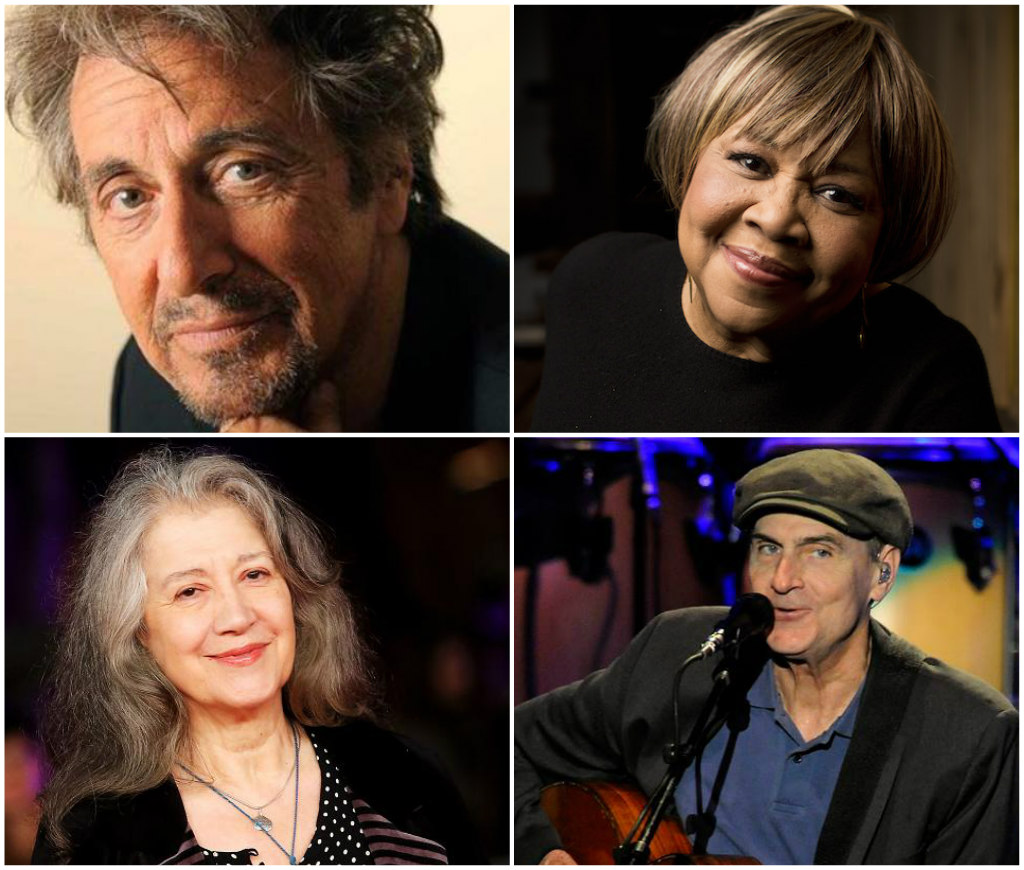 They will be recognized during THE 39TH ANNUAL KENNEDY CENTER HONORS, to be broadcast Tuesday, Dec. 27 (9:00-11:00 PM, ET/PT), on the CBS Television Network. CBS has broadcast the special each year since its debut 39 years ago.

“These Honorees represent what is possible when creativity is not just cultivated, but unleashed. Martha Argerich’s distinguished performances have spanned the globe and over the last six decades have earned her world recognition as one of the greatest pianists of the 20th and 21st centuries; the Eagles’ ambitiously themed albums epically merged the American West and rock ’n’ roll, paving the way for unconventional music makers and artists to come; Al Pacino has embodied some of the most powerful characters of our time on both the stage and silver screen; Mavis Staples’s unmatched gospel and rhythm and blues masterpieces span 60 years and even served as a musical backdrop to Dr. Martin Luther King Jr.’s campaign for civil rights; and James Taylor’s warm baritone and poetic lyrics embody the art of songwriting, making him one of the defining musical figures of our time and his music the soundtrack of our country.”

In a star-studded celebration on the Kennedy Center Opera House stage, the 2016 Honorees will be saluted by great performers from New York, Hollywood and the arts capitals of the world. Seated with the President of the United States and Mrs. Obama, the Honorees will accept the recognition and gratitude of their peers through performances and tributes.

The President and Mrs. Obama will receive the Honorees along with the Kennedy Center Board of Trustees at the White House prior to the performance and gala. The 2016 Kennedy Center Honors concludes with a gala dinner in the Grand Foyer.

The Honors recipients are recognized for their lifetime contributions to American culture through the performing arts – whether in dance, music, theater, opera, motion pictures or television – and are confirmed by the Executive Committee of the Center’s Board of Trustees. The primary criterion in the selection process is excellence. The Honors are not designated by art form or category of artistic achievement; over the years, the selection process has produced a balance among the various arts and artistic disciplines.