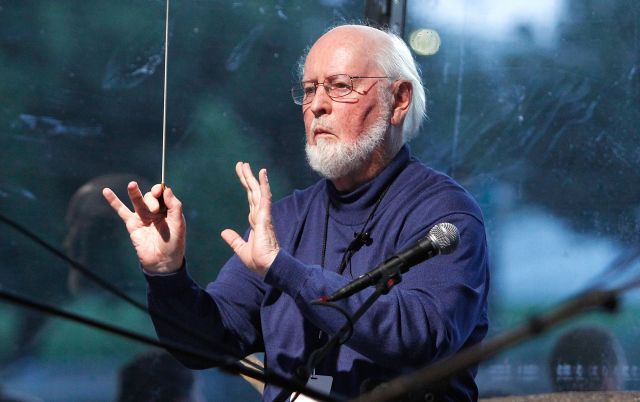 Steven Spielberg will present John Williams with the American Film Institute's (AFI) 44th Life Achievement Award. This marks the first time in AFI history that America's highest honor for a career in film will be bestowed upon a composer. Williams' career will be celebrated at the private Gala Tribute on June 9, 2016, at the Dolby Theatre in Hollywood, Calif. The televised special, AFI Life Achievement Award: A Tribute to John Williams, will air on TNT on Wednesday, June 15, at 10 p.m. (ET/ PT), followed by an encore presentation on sister network Turner Classic Movies (TCM) on Monday, June 12, during a night of programming dedicated to Williams. This marks the fourth year the Emmy®-winning AFI special has aired on Turner networks.

The Sept. 12 TCM lineup, including presentations of AFI Life Achievement Award: A Tribute to John Williams and the 2011 special AFI'S Master Class: The Art of Collaboration: Steven Spielberg and John Williams, will be as follows:

Williams' storied career as the composer behind many of the greatest American films and television series of all time boasts more than 150 credits across seven decades. Whether epic in scale, jazz-infused, or intimate and personal, his music has helped define over half a century of the motion picture medium. Three of Williams' scores landed on AFI's 100 Years of Film Scores — a list of the 25 greatest American film scores of all time — including the unforgettable score to Star Wars: Episode IV: A New Hope (1977), which ranks #1. With five Academy Award® wins and 50 nominations in total, Williams holds the record for the most Oscar® nominations of any living person.