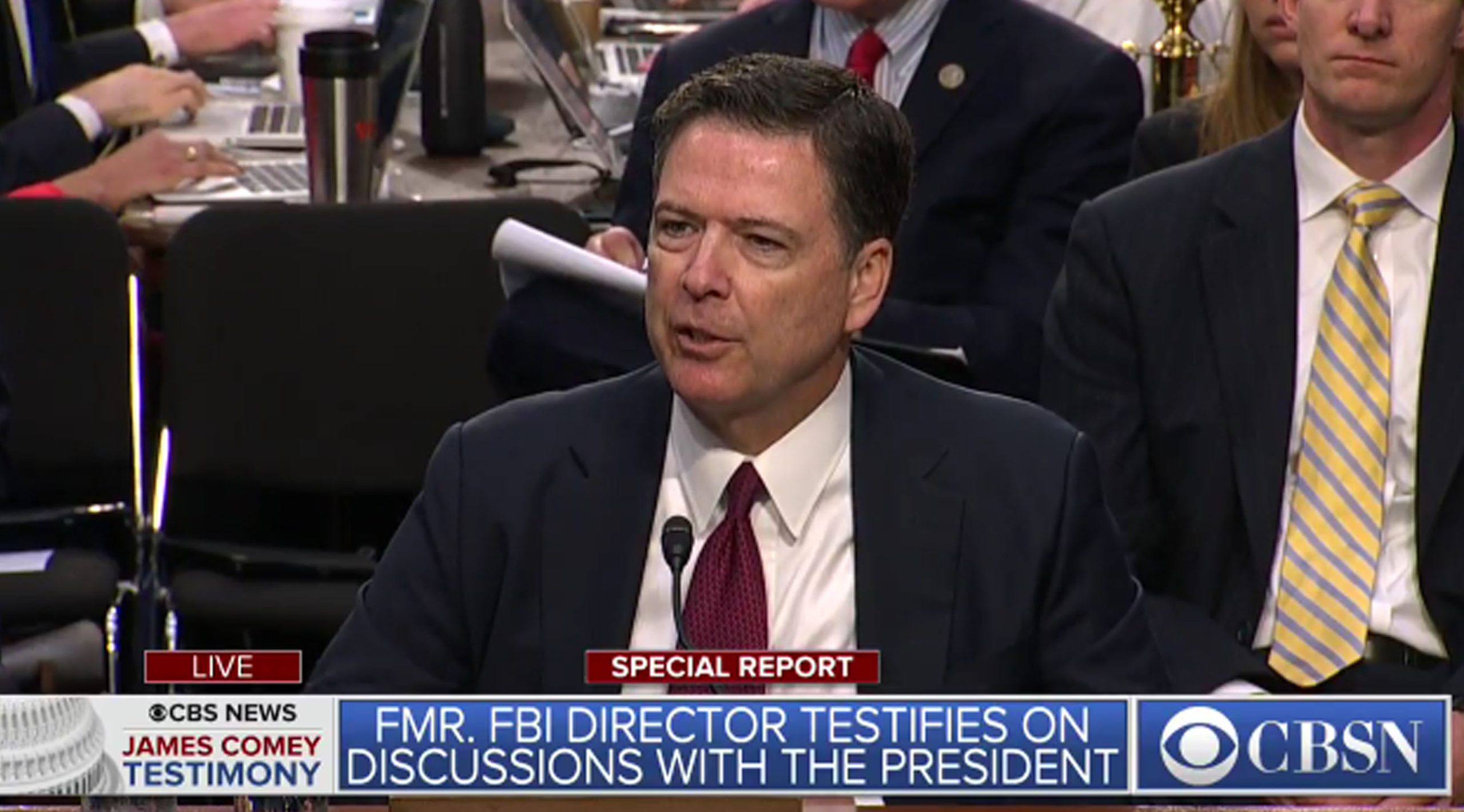 Mammoth is also a word that could describe the ambitions of Shira Dubrovner, the founder and executive director of the 2nd annual Mammoth Lakes Film Festival (May 25th – 29th, 2016). With its idyllic setting and impressive lineup – fifty films over five days and a host of other attractions – Dubrovner’s carefully curated festival is uniquely positioned to potentially become the next big destination for cinephiles. And Dubrovner, a multi-hyphenate with an extensive background in theater and film, is fully committed to turning that dream for this burgeoning festival into a reality.

In anticipation of Wednesday’s opening night festivities – including a screening of Matthew Johnson’s period thriller “Operation Avalanche” and a premiere party with entertainment provided by Ouroboros Shadow Pictures – I caught up with Dubrovner to discuss all things Mammoth.

In addition to having worked in the film industry in various capacities, you’ve also directed a number of plays and are currently the artistic director of the Mammoth Lakes Repertory Theatre. How do you feel your previous work experience has informed your work with the Mammoth Lakes Film Festival?

Shira: Well I have a passion for both. I went to film school in the 90s and worked in television and film before making a bit of a crossover back into theater, which I was involved with back in my late teens/early twenties. So I started working with some local equity labor theater companies in Los Angeles and for a time did both. Then, around 2006, I decided I was sick of Los Angeles and didn’t want to live in a big city anymore and wanted to be more part of a community. I lived in Mammoth in my early twenties and always wanted to go back and create a theatre company that provides yearlong entertainment for the community. So in 2007, I did that. But after about four or five years, I realized I really missed being involved in independent film. That’s when I got the idea to call up my old friend Paul Sbrizzi, who’s been working in film festivals for the past fifteen years, and ask him if he wanted to create the Mammoth Lakes Film Festival.

How do you and your festival programmer Paul Sbrizzi go about shaping the festival so that the film slate represents your artistic goals?

Shira: First of all, having a likeminded partner is truly important. Both Paul and I go to a lot of festivals and have a lot of the same tastes in that we like artists that take risks, that are truly unfiltered and don’t apologize for their work. I live in the Eastern Sierras at eight thousand feet in a ski area, and I feel that that same mindset is for people that live here. People that live here are saying, ‘Forget about the rest of society: I’m gonna live a lifestyle that I want to live, whether it’s a ski bum or a rock climber or a true artist.’ So I feel like that mindset is all the same across that line. Both Paul and I feel that way, even though sometimes he’ll present a film that I’m on the fence about, but still has the elements of what our vision is for the film festival.

Are there any films in this year’s lineup that struck you as an especially good fit for the festival you set out to create?

Shira: All the films are amazing on different levels. For example, we’re screening ‘Helmut Berger, Actor,’ which is an incredibly edgy film from an Austrian filmmaker (Andreas Horvath) and it’s played at some pretty top-notch festivals. But it isn’t easy to program. And we’ve taken it on and said, we want to find the most creative and talented and risk-taking filmmakers out there and we’re not afraid to program stuff that’s shocking or cutting edge. We also have ‘Sonita,’ which is playing a lot of festivals and is just an incredibly inspiring and amazing movie. I feel that all our films have something truly special about them. Whether they’re a first-time filmmaker or a more established independent filmmaker, they still have that talent of having their own voice, their own specific vision and telling it their way and not letting outside influences change the way they want to tell their story.

Although originally from Los Angeles, you’re now a longtime resident of Mammoth Lakes. As a local, what does it mean for the community to have a film festival that they can call their own?

Shira: The community has totally embraced it. They’ve been very supportive, and I couldn’t have done the festival without the town’s support. I’m a little nervous about ‘Helmut Berger’ playing there to be honest (laughs), but we’re selling tickets and I talked to a lot of community members and they said, ‘You know, Shira, we’re still talking about the edgy films that were here last year!’ So I’m hoping they embrace all our films and, whether they like them or not, are still moved by them. I think they appreciate that we’re bringing stuff that’s going to be thought-provoking and will change their outlook and keep them talking about the films. And it also gives them bragging rights because we put on such a good festival.

The 2016 festival honoree is Joe Dante, a director whose versatile career has spanned television and film on scales both small and large. What was it about this particular filmmaker that made him an ideal honoree?

Shira: We love that he’s crossed over from his low-budget earlier work into big-time mainstream success. He started off with Roger Corman ages ago, and we always felt from his early cult movies on that he’s kept his personality and voice in his work, even in the big-budget films he’s done like ‘Innerspace’ and ‘Gremlins’ and ‘Twilight Zone: The Movie’ And so we wanted to honor him – he’s accomplished a lifelong achievement and stayed true to his vision. We feel he represents the Sierra spirit, and also he’s a great guy, so down to earth. We just adore him and his work.

I grew up on the ‘Gremlins’ films myself so I definitely support this show of recognition.

Shira: He crosses so many generations. A lot of people who are older than the ‘Gremlins’ generation remember him from ‘The Howling’ and his cult movie ‘Piranha.’ What I also love about Joe Dante is that it’s almost theatrical in the way that he works with a repertory of actors. There’s about 5 or 6 actors that he will hire and work with a lot because he knows how they work and they’re all very talented, amazing actors. Bob Piccardo, for example, was on Broadway with Jack Lemmon right out of Yale University. He really knows talent when he sees it and doesn’t just go for the stars.

In addition to the diverse film slate, this year’s festival has many other offerings, from gala events and live music to filmmaker parties and even Saturday morning cartoons. Was it important for you to incorporate entertainment other than feature films and is it difficult to find the right balance between content and events?

Shira: Yeah, you know I feel like I pride myself on not biting off too much more than I can chew. Like with the Saturday Morning Cartoons, we’re just doing one block of that where people can bring their kids. It’s totally family friendly, and we’re introducing our youth early on to seeing things that aren’t Hollywood slick. So I think we’re training our youth to appreciate independent film at a young age so that we have future audiences.

We also do the same with shorts. When I used to go to film festivals, all I did was see the shorts. With the shorts program you have such a variety of films to see and experience; and if something’s not jiving with you, you just to have wait a few more minutes and you’ll see a new film. I think that we have a really good balance and we’re hoping it will just grow from here. This is our springboard and we’re hoping to be a destination festival within five years.

Part of the draw of film festivals is discovering up-and-coming talent, yet some festivals like Sundance have gotten a bad rap in recent years as becoming too mainstream. As the Mammoth Lakes Film Festival continues to grow, how will you maintain its indie spirit?

Shira: We definitely do not want to be accountable to Hollywood; we want to be accountable to the filmmakers. We love Hollywood because without them we wouldn’t have the venue to support filmmakers that make it. But we really want to be the ones that find that hidden talent. Like ‘Last Summer,’ it’s this Italian filmmaker (Leonardo Guerra Seragnoli) who’s just amazing, and I was blown away that this was his first feature. So Paul and I are both committed to really finding those nuggets of gold of new filmmakers who don’t have the support that they need but their work speaks for themselves. And we’re hoping we can stay true to that for years to come.