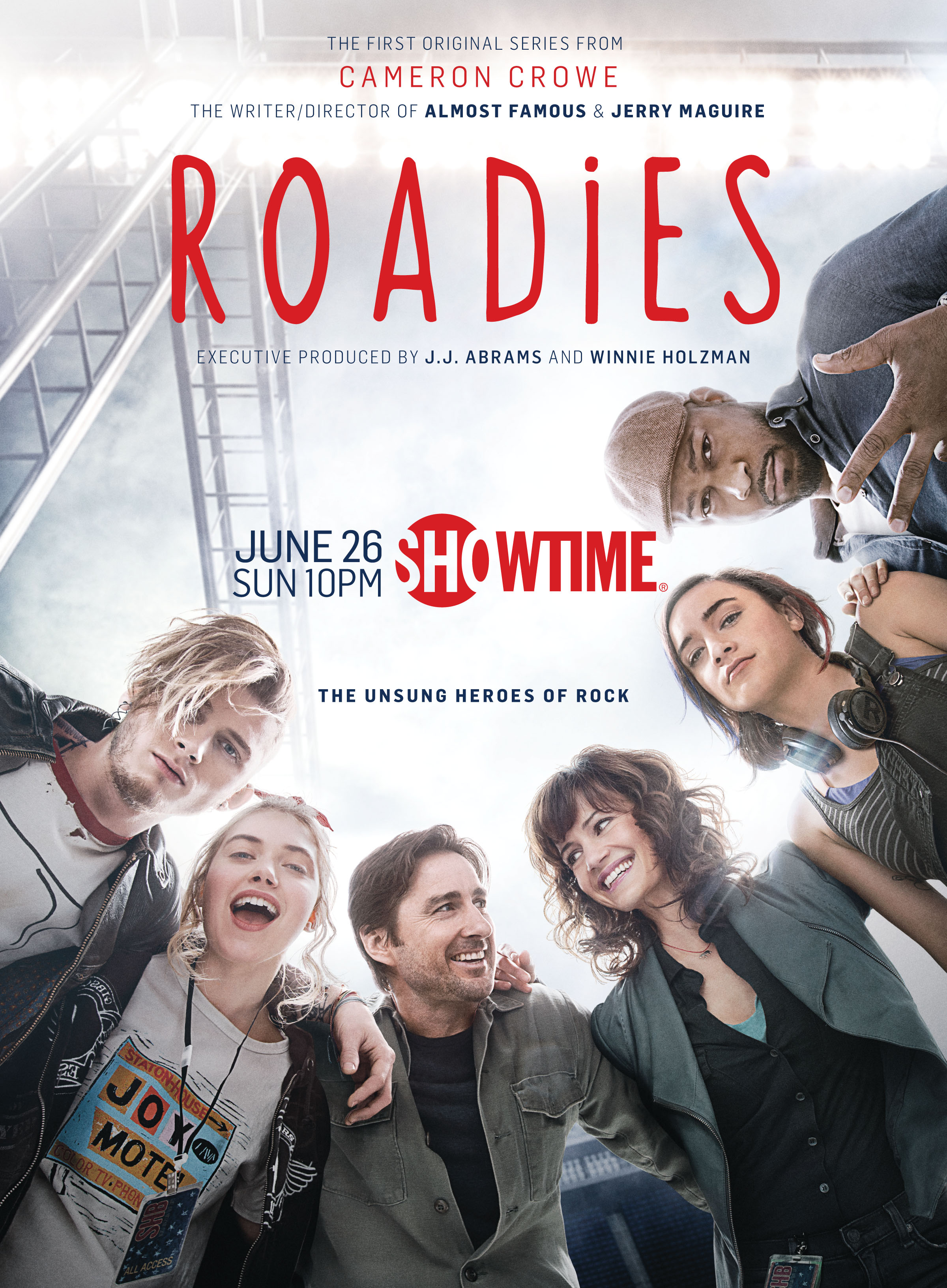 SHOWTIME has debuted the poster art for their new music seriesROADIES, from creator, writer, director and executive producer Cameron Crowe.

The one-hour ensemble comedy is the first television series from the Oscar®-winner and will premiere on Sunday, June 26th at 10 p.m. ET/PT on air, on demand and over the internet.

Starring Luke Wilson (Old School, Enlightened) and Screen Actors Guild® Award nominee Carla Gugino (San Andreas), ROADIES gives an insider’s look at the reckless, romantic, funny and often poignant lives of a committed group of roadies who live for music and the de facto family they’ve formed along the way. The series chronicles the rock world through the eyes of music’s unsung heroes and pays homage to the backstage workers who put the show on the road while touring the United States for the successful arena-level group, The Staton-House Band.

Television
Another Chance To Get Hooked On Showtime's 'Billions'