James Foley Through The Eyes Of Brian Oakes & Student Memories 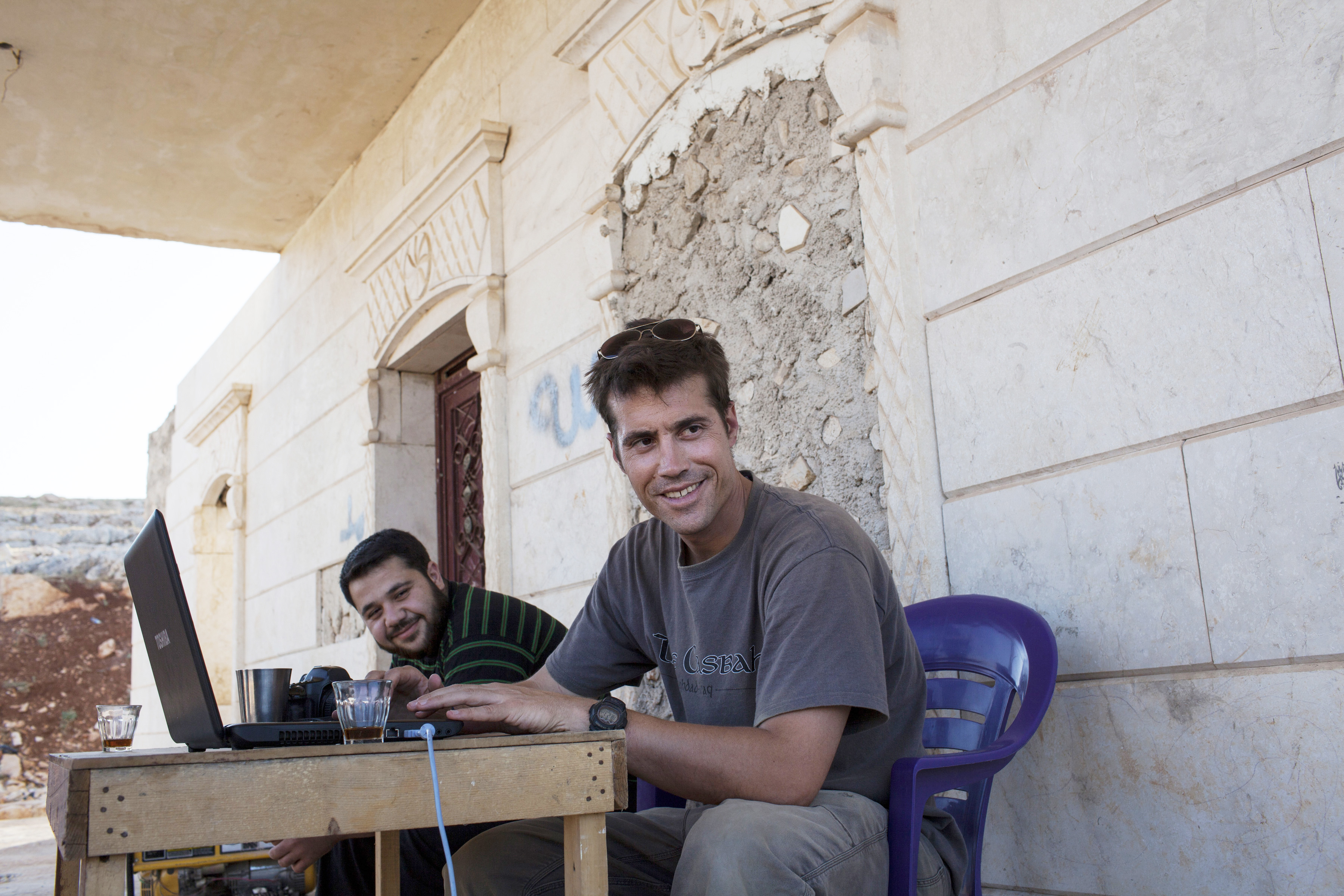 In the interview portion of my college application, I recall when they asked, “If you could go to dinner with three people, dead or alive, who would you choose?” Over the years, I often think back at that question, sometimes wishing I could change my answer for a better one. Perhaps someone more intriguing or famous. But today, I would only wish to dine with one person: James Foley.

He wasn’t a celebrity of any kind, but a man who dedicated his life to storytelling and shedding light on the conditions of civilians in war-torn Syria.

Known as Jim to those who were close to him, the world would come to know the brave photojournalist through the disturbing images and video footage that flooded the media in August of 2014. Two years prior, on Thanksgiving Day, James was kidnapped while working in Syria. It was the infamous video of his public execution on August 19th, 2014 that introduced much of the world to the pure evil that is ISIS.

“People know James Foley as the journalist in the jumpsuit next to the jihadist who killed him. I want to recontextualize that image,” said James’ childhood friend, Brian Oakes. In order to introduce the world to the real James and what he stood for, Oakes directed the poignant documentary, “JIM: THE JAMES FOLEY STORY,” which was acquired by HBO at Sundance Film Festival and will air on February 6th, 2016. 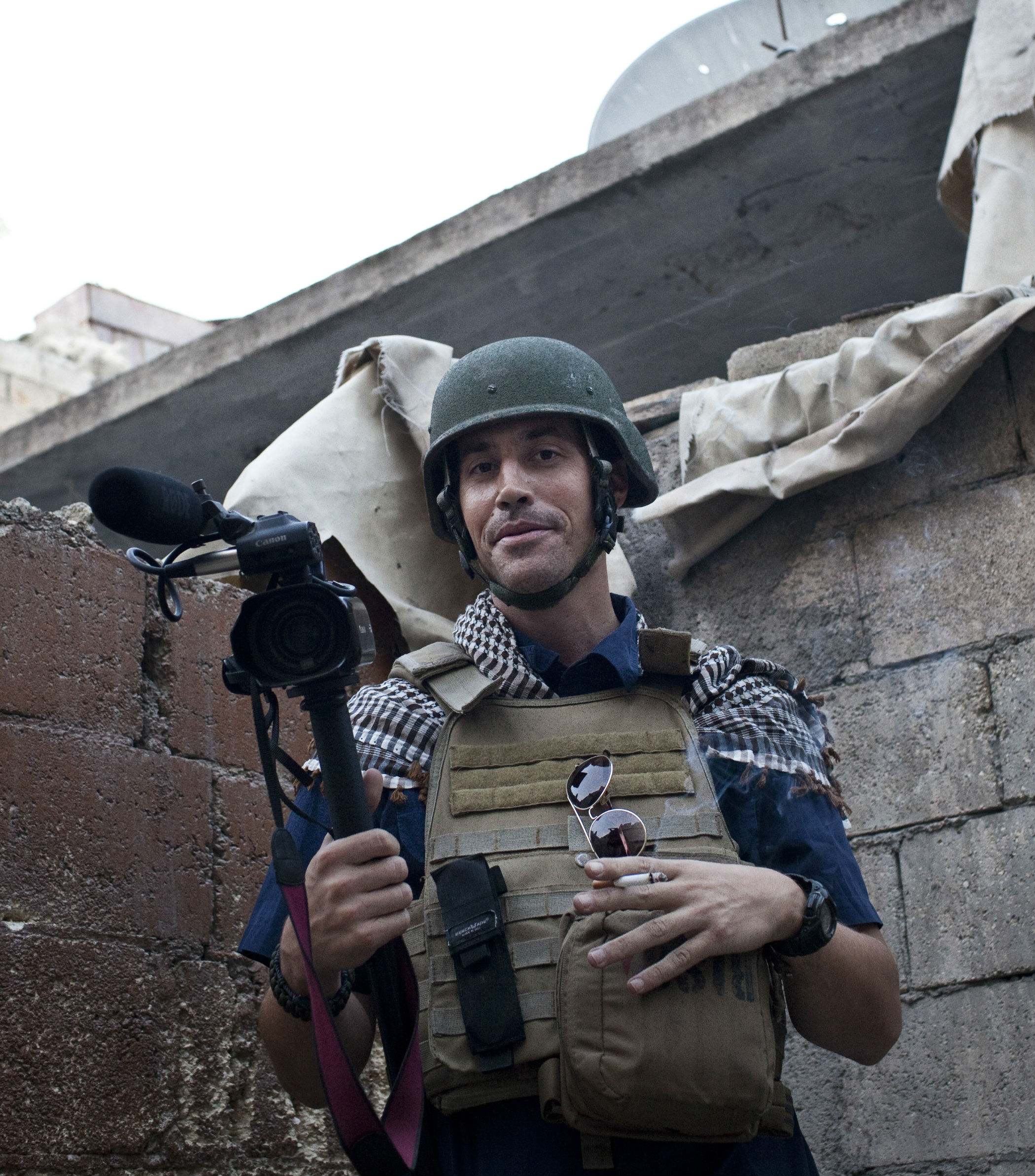 When someone dies and it’s considered breaking news, the media overloads viewers with repetitive footage and candid headlines for 24 to 48 hours. And when another story breaks, those headlines are replaced with new ones and the brave who are lost become a distant memory. But thanks to Oakes, James’ family, friends and the former hostages who were also held in captivity, are making sure that James is never forgotten for who he was, what he did and the people whom he touched.

Oakes said, “It was always amazing to me that Jim was in Syria three years ago telling the stories of civilians being bombed by their own government and living in just horrible conditions. Not many others were there, but Jim was. Now we are witnessing the largest refugee crisis since World War II. The journalism he was doing in Syria is so relevant. And that’s important. Jim’s work matters. He is in the news for how he died and he would have been horrified by that. He never wanted to be the story.”

The documentary digs deep into the hellish experience that James’ family endured as they fought to win the support of the American government in helping to negotiate for their son’s release. We come to know James as a son and brother through the stories of his parents, John and Diane Foley, and his siblings, John, Mark, Katie and Michael Foley.

Oakes’ gracefully weaves us from James’ life in the states to his family of photojournalists overseas. Nicole Tung reveals touching memories of her time working in Syria. But perhaps the most haunting, yet sentimental aspect of “JIM” are the stories told by the hostages who lived in the ISIS jail with James. Daniel Rye, a freelance photographer from Denmark, looked to James as a kind of rock and symbol of strength.

From New Hampshire to California, from Libya to Syria, James made an impact on many people’s lives. Before doing frontline journalism, he taught English at the University of Massachusetts, Amherst and at Chicago’s Cook County Jail.

In writing this story, I found that there were many students who crossed paths with James. They don’t see him as the man in the orange jumpsuit. 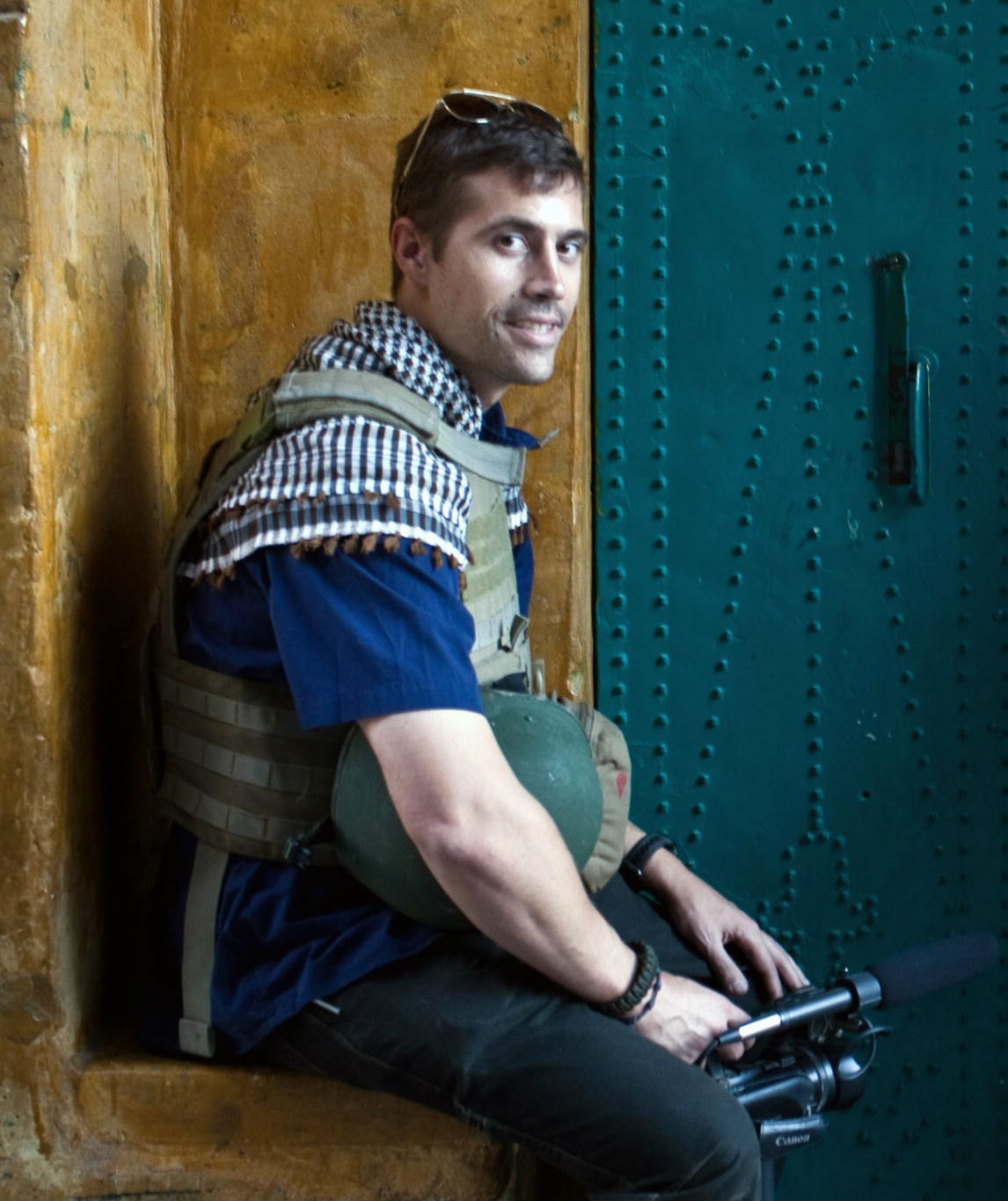 Oakes said, “If you know who Jim is, understand his principals and the type of human being he is, that image takes on a completely different meaning. I wanted to take that image away from them. His work as a journalist was too important for him to be represented as that one picture and I refuse to let my friend go out like that.”

I was fortunate to learn more about James, not just through Oakes’ impactful documentary, but also through the memories of his students who saw him as more than a conflict journalist, but also an educator, a humanitarian and a friend.

Hanoch Serebrenik met James in the winter of 2001 when he arrived as an exchange student at the University of Massachusetts.

Serebrenik told me, “I knew the Jim who wanted to write fiction and create worlds that I imagine would reflect his positive nature, I never knew the journalist who reported on the darkness of war. It's been more than 10 years since I spoke with him, but I can still clearly remember his voice.”

He added, “Like most students, I wasn't really excited about taking a required English college writing course, but as soon as I got to class and met Jim with his upbeat energy and humor, it was refreshing to have a teacher who exuded the warmth and friendliness I was used to back in Colombia. He made me and my roommate feel at home, and he was really interested in getting to know us as individuals. He allowed me to write my writing assignments on strange topics and I never felt judged, he almost encouraged it!”

Karina A. Bautista met James through their mutual friend, Yago Cura, who just published Ghazals for Foley anthologies written to, about, and for James Foley by those who rallied for his release during his first capture in Libya. 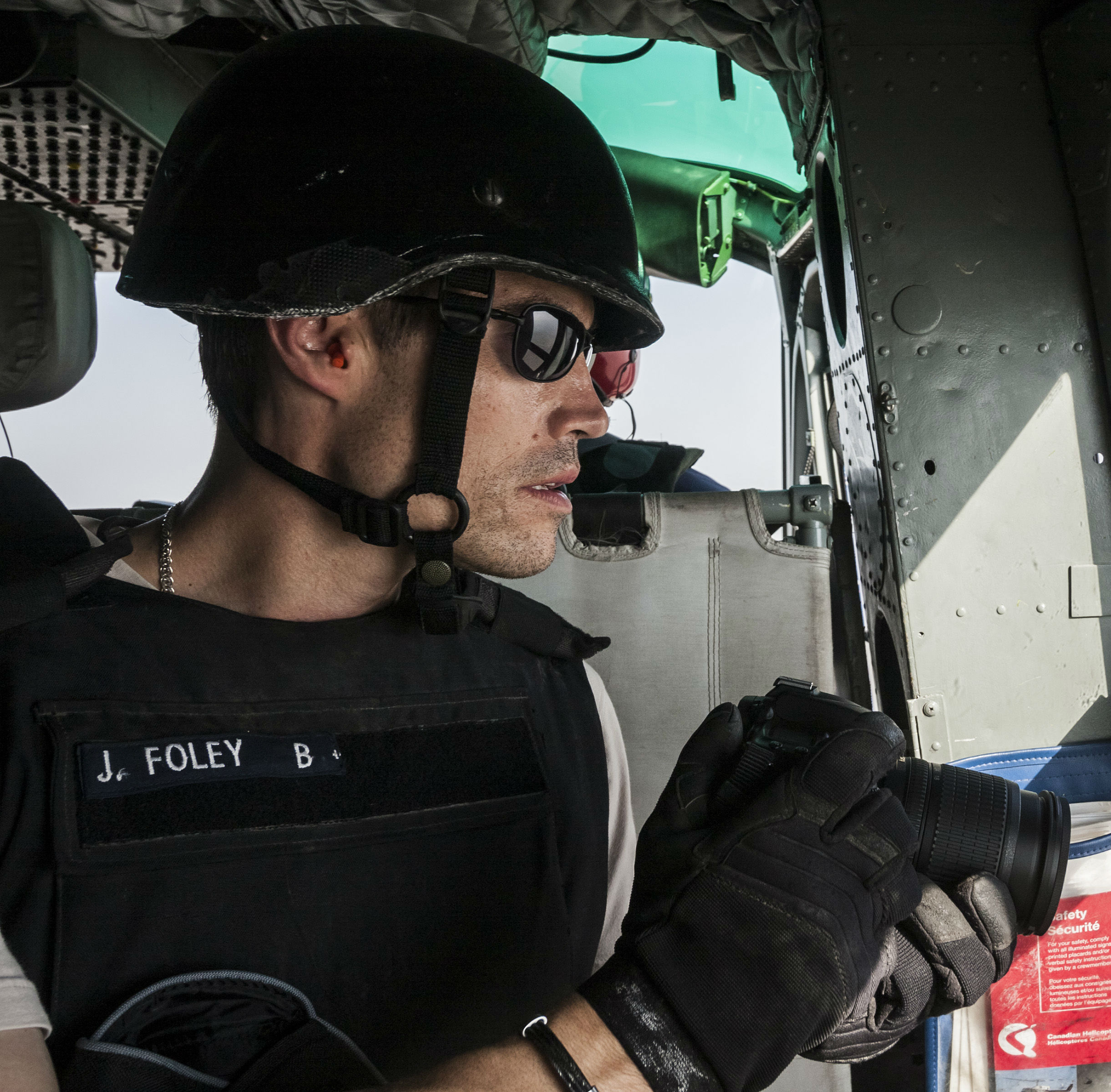 Karina shared a distinct memory with me, “Jim and I had many great conversations about life and politics that I will never forget, particularly one of them. On September 11, 2001, I remember running into him at the University, we walked back to my place in a state of shock. Glued to the TV, we kept talking about how surreal everything seemed. Years later, I cannot begin to tell you what it felt like to see Jim on the other side of the screen.”

It’s incredible to learn about someone beyond the Facebook posts and Google Searches. I found that James was an advisor, and even a mentor of sorts to many of the people he taught with. Yago Cura and James were both adjunct professors with the Writing Program at UMass-Amherst. He credits James for guiding him towards a more challenging teaching job.

“A little after 2000/2001 Jim and I started teaching at this non-profit in Holyoke, Massachusetts called The Care Center… I became a public school teacher in the Bronx because Jim told me I was going to need the insurance and the assurance of a steady-paying gig. Besides, he had done Teach for America in Phoenix and it was a rewarding experience to work with young people and get your hands dirty.

Then in 2013 I started working for a charter school that was operating inside several sites of the LA County Jail. You see, Jim had worked at a boot camp for juvenile delinquents for Cook County in Chicago for about two years so he had seen a lot of what I would be seeing. He told me to take the job without thinking too much about it because it was going to be a completely different atmosphere inside the world of detention. And he was totally right. It was one of the most rewarding experiences of my life but also one that I am not sad to have left.”

Like many who joined together in hopes of seeing James return home, Yago was incredibly affected by his capture and death. He strives to carry on the legacy of his friend.

If you would like to support and learn more, The James W. Foley Legacy Foundation was created to continue the legacy of James Foley. The Foundation advocates for effective policies that will support the release of American hostages worldwide. They also promote a culture of safety and equity for freelance journalists working in conflict areas. The Foundation is exploring options with the Phoenix-Foley Alliance, started by Jim’s former students and colleagues, and to provide education and supplies to Syrian refugee children.

Television
Moving On Up With Tye White