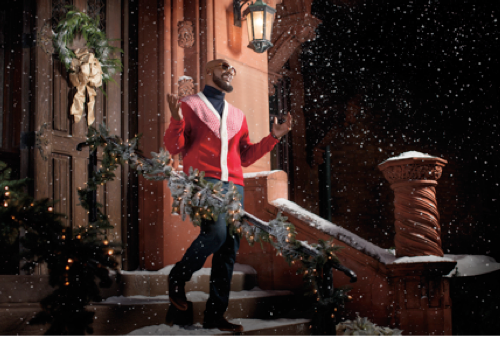 Multi-platinum selling singer, songwriter and producer, R. Kelly, has released his first holiday album and 14th studio album, 12 Nights Of Christmas. With this project, Kelly adds his signature touch to the holidays—providing 12 new tracks to add to your holiday music collection. The album embodies a traditional Christmas sound accompanied by a variety of heartfelt love songs and presents a soulful alternative to your Christmas favorites while showcasing why he's still proclaimed the King of R&B.

In addition to the release of 12 Nights of Christmas, R. Kelly will also embark on the "12 Nights of Christmas Holiday Tour" which kicks off on December 5 in Nashville. Fans will have the opportunity to purchase pre-sale tickets on Wednesday, October 26th using an exclusive promo code released only through R. Kelly's Twitter, Facebook, website and Ticketmaster's VIP mailing list. The current tour dates can be found below with additional tour dates to be announced in the near future. The singer-songwriter will be performing songs from his newly released 12 Nights of Christmas album, setting the mood for the holidays.