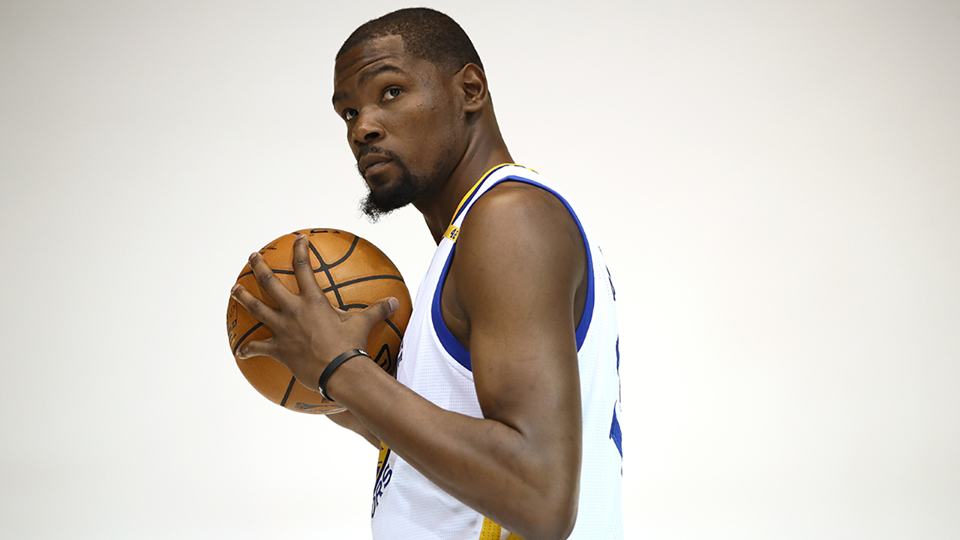 At long last, the NBA is back.

Tuesday night, Cleveland began their title defense and Golden State unveiled their newest weapon. After losing to the Cavaliers in last year’s finals, the Warriors added former MVP Kevin Durant to their already formidable squad. Is a third consecutive Cleveland-Golden State Final inevitable? We shall see. Anything is possible in an 82-game season.

The San Antonio Spurs and the Los Angeles Clippers loom as the greatest threats to the Warriors out West. Former Durant teammate Russell Westbrook and James Harden lead the Oklahoma City Thunder and Houston Rockets respectively. The Portland Trailblazers, Utah Jazz, and Minnesota Timberwolves are all exciting young teams.

In the East, the Toronto Raptors and Boston Celtics are capable of challenging Cleveland. While the Raptors kept their core together, the Celtics made a splash this summer, signing all-star big man Al Horford from the Atlanta Hawks. The New York Knicks made headlines with their acquisitions (Derrick Rose and Joakim Noah), as did the Chicago Bulls (Dwyane Wade and Rajon Rondo). After advancing to the conference semifinals in consecutive seasons, the Washington Wizards disappointed last year and missed the postseason. Expect them to return this spring.

Our early predictions for this season’s awards cover the following categories. Last year’s winners are included.

Kawhi Leonard, San Antonio Spurs – Leonard came in second in the 2015-16 season behind the unanimous choice Curry. After back-to-back Defensive Player of the Year Awards, I believe he has gotten the attention of the voting members and under the tutelage of mastermind head coach Greg Popovich, will improve and expand his already well-rounded game to MVP status.  (Otis Stokes)

James Harden, Houston Rockets – LeBron will save his legs for the playoffs and the two superstars will split the vote in Golden State. New Rockets coach Mike D’Antoni and Harden guide the best offense in basketball, leading Houston to a bounce-back season. (Kyle Edwards)

Rookie of the Year

Kris Dunn, Minnesota Timberwolves – Trying to predict Rookie of the Year before the season starts is practically impossible because of so many factors that can play out during a season, but for the purposes of this article, I’ll only play along with the caveat that I can change my choice after the All-star break. Dunn had a great Summer League showcase until it was cut short by a concussion. If he is able to get the starting point guard job from Ricky Rubio — who is one of the NBA’s most trade-rumor-heavy employees — he has a legitimate shot at the title. If not, I reserve the right to change my pick. (Otis Stokes)

Joel Embiid, Philadelphia 76ers – This was a lock for number one overall pick Ben Simmons, until he broke his foot at the end of training camp. Embiid was dominant in limited minutes this preseason, flashing signs of his Hakeem Olajuwon-lite potential. (Kyle Edwards)

Sixth Man of the Year

Andre Iguodola, Golden State Warriors – Iguodola is a multi-purpose player with a skill-set that would probably have him starting for most teams in the NBA. Although he finished second last year, if he has another impressive season on both sides of the ball, I believe the award belongs to him. (Otis Stokes)

Andre Iguodola, Golden State Warriors – A do-it-all Swiss Army knife, Iggy would start for any other NBA team. He will take home the award after a second place finish last season. (Kyle Edwards)

Defensive Player of the Year

Draymond Green, Golden State Warriors – It will be hard for Kawhi Leonard to win the title three years in a row, even though it is possible the way he shuts down players at every position. But finishing in second place last season, I believe that Green is another player that can defend multiple positions. And after his bad behavior in the finals last year, which possibly cost them the championship in my opinion, he has a lot to prove. (Otis Stokes)

Kawhi Leonard, San Antonio Spurs – Leonard is the league’s premiere perimeter defender. Similar to how quarterbacks avoid passing towards a shutdown cornerback, opposing teams will run their sets away from Leonard’s side of the court. He wins the award for a third consecutive season. (Kyle Edwards)

Coach of the Year

Tom Thibodeau, Minnesota Timberwolves – With Thib’s defensive-minded coaching style, and the young foundation of Karl-Anthony Towns, Andrew Wiggins and Kris Dunn, he has a chance to make the biggest year-to-year jump in wins this season and could even squeeze into the playoffs this season. (Otis Stokes)

Rick Carlisle, Dallas Mavericks – Carlisle is an offensive warlock. Pair him with Dirk Nowitzki and he’ll take you to the playoffs. I’m forecasting more of the same this year. (Kyle Edwards)