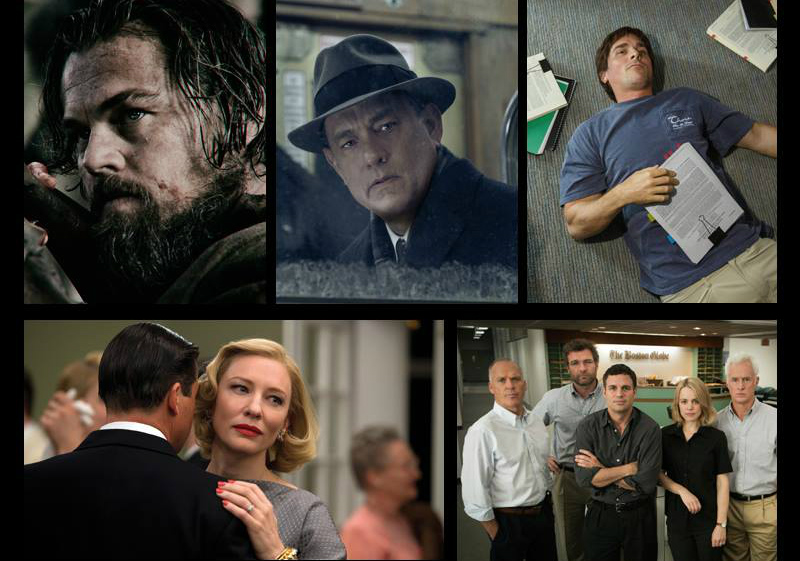 Michael Fassbender and Kate Winslet are nominated in Leading Actor and Supporting Actress respectively for Steve Jobs, which is also nominated for Adapted Screenplay. The nominations for Leading Actor are completed by Bryan Cranston for Trumbo.

The Animated Film nominees are Minions, Shaun the Sheep Movie and Inside Out, which also receives a nomination for Original Screenplay.

45 Years and The Lobster are also nominated in the Outstanding British Film category, whilst the nominations for Costume Design are completed by Cinderella.