Movie Review: ‘Warcraft’ Will Transport You With Masterful Visual Effects

From ‘Resident Evil’ to ‘Lara Croft: Tomb Raider,’ video game franchises have seen their fair share of action-packed silver screen adaptations. ‘Warcraft,’ based on the multiplayer online game ‘World of Warcraft,’ ups the ante even more with extraordinary CGI and brutal battle scenes that make this a gaming revamp of epic proportions. Whether you’re a dedicated W.O.W. gamer or in need of some thrill-seeking via IMAX, ‘Warcraft’ will, without a doubt, transport you to another world filled with beaming magic and mystical evil for 123 minutes.

Although the effects are intricate, the story is similar to ones we’ve heard before: humans and Orcs are going to war. The peaceful kingdom of Azeroth, lead by King Llian Wrynn (Dominic Cooper), stands on the brink of war as its civilization faces a fearsome race of invaders: Orc warriors fleeing their dying home to colonize another. As a portal opens to connect the two worlds, one army faces destruction and the other faces extinction. Protecting the King and his mighty army is the fearless Andiun Lothar (Travis Fimmel of ‘Vikings’) and the half-human/half Orc prisoner of war, Garona (Paula Patton). Lending support to battle the Orcs is the kingdom’s go-to wizard, Medivh (aka: The Last Guardian), played by Ben Foster and the guardian in-training, Ben Schnetzer (Khadgar). But when demonic possession comes into play, their trusty Mystic turns on his King.

If ‘The Hobbit’s’ Orc, Azog ever kept you awake at night, wait until you meet Durotan (Toby Kebbel) and his tribe of massive beasts. ‘Warcraft’ Orcs make ‘The Hobbit’ enemies look like sweet tiny kittens. The special effects and sound mixing teams are just as much stars of the film, creating impressive imagery. When the CGI hits the 3D IMAX screen, you feel as if you’re keeping company with the colossal Orc army standing right next to you. 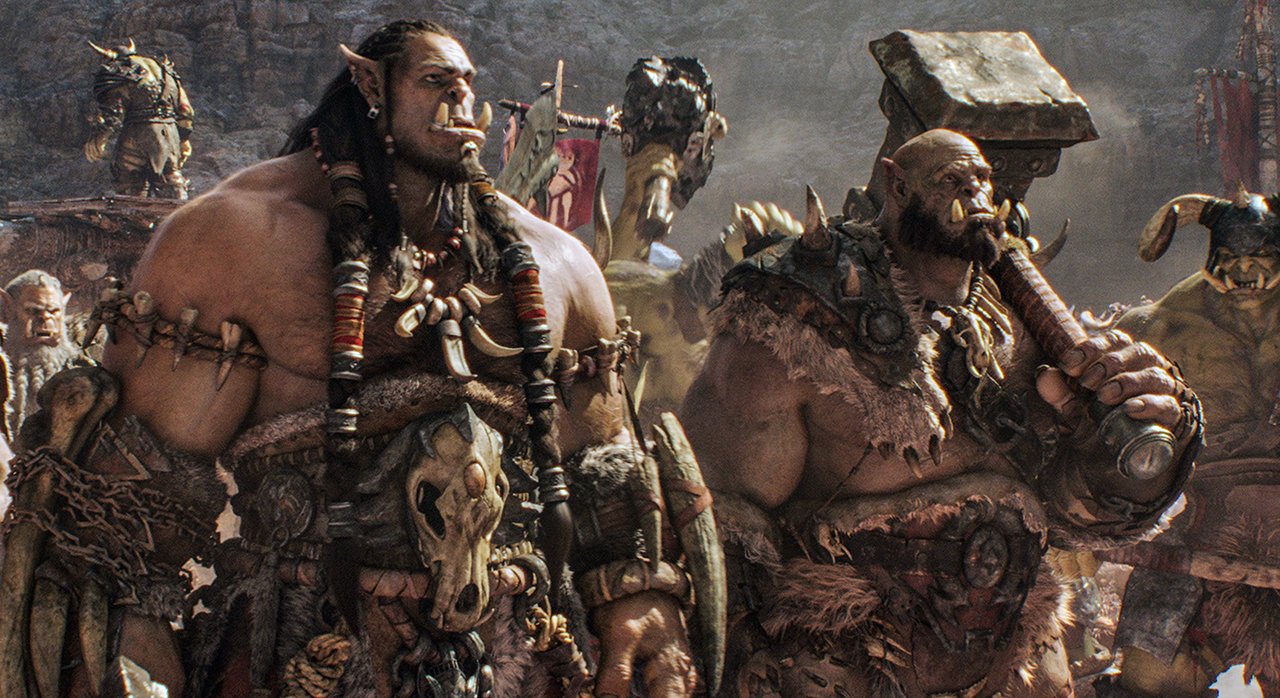 The humans are just as impressive with their warrior might in the fighting sequences. While the script, written by director Duncan Jones (Source Code) and Charles Leavitt (Blood Diamond), is relatively incomplex, the cast does well delivering the simple dialogue. Paula Patton has a palpable on-screen chemistry with Travis Fimmel. Ben Foster always delivers, however, he appears a tad too young to portray the age-old protector of all protectors.

For a director who only has a handful of features under his belt, Duncan Jones certainly had his work cut out for him. Luckily, he successfully helmed a spectacular special effects filled fantasy saga. And if you thought there was only one war to be fought… this is called a franchise for a reason. Jones and team definitely set up room for a sequel.