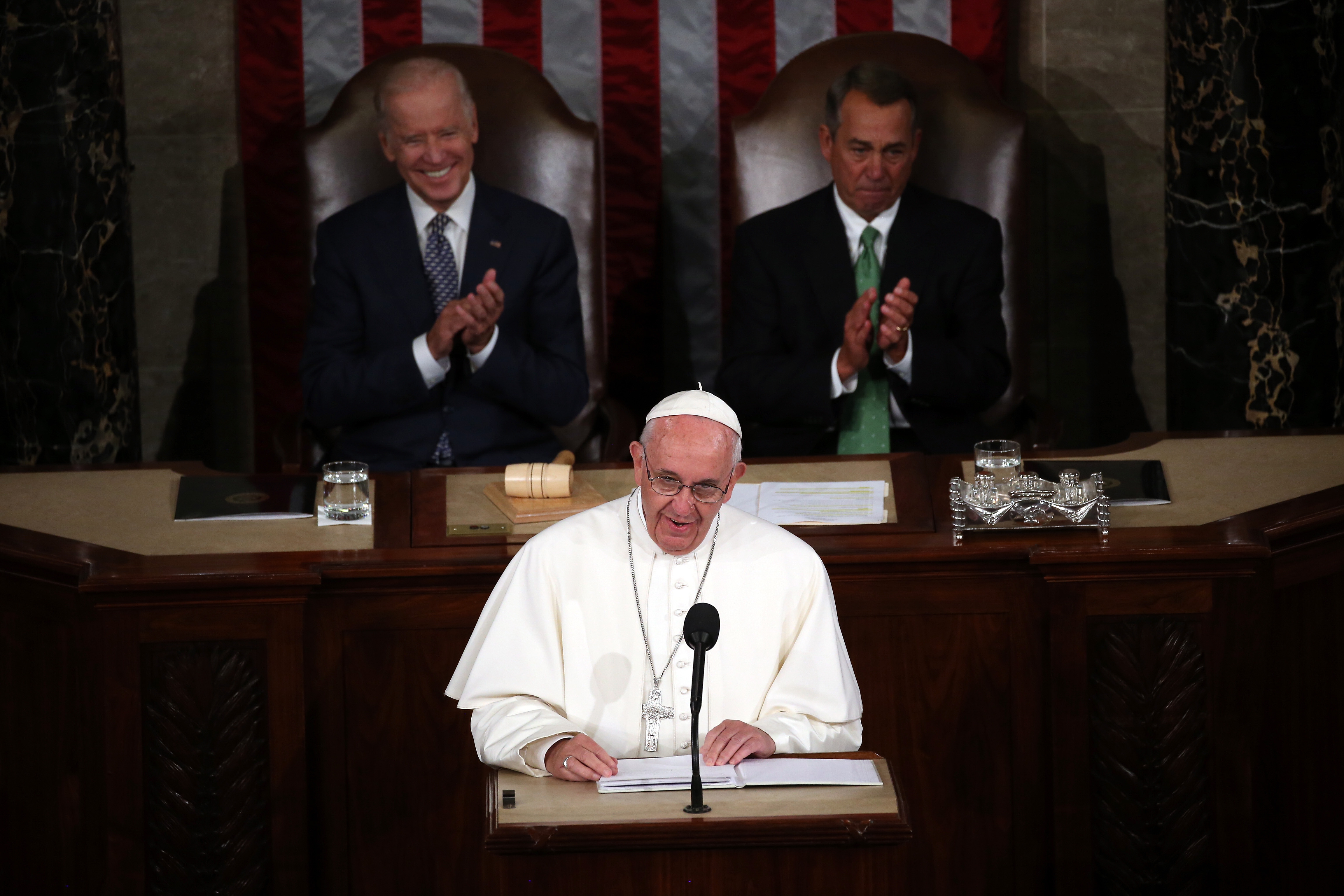 On Thursday morning, for the first time in history, Pope Francis gave the first papal address to Congress in Washington D.C.

He spoke on subjects of abortion, same-sex marriage and immigration. As he called on Americans to embrace immigrants from Latin America and all around the globe, he also asked for a global abolition of the death penalty.

On immigration, Pope Francis said, "In recent centuries, millions of people came to this land to pursue their dream of building a future in freedom. We, the people of this continent, are not fearful of foreigners, because most of us were once foreigners. I say this to you as the son of immigrants, knowing that so many of you are also descended from immigrants. Tragically, the rights of those who were here long before us were not always respected. For those peoples and their nations, from the heart of American democracy, I wish to reaffirm my highest esteem and appreciation."

Earlier in his speech, the Pope said, "My visit takes place at a time when men and women of good will are marking the anniversaries of several great Americans --- I would like to mention four of these Americans: Abraham Lincoln, Martin Luther King, Dorothy Day and Thomas Merton. This year marks the one hundred and fiftieth anniversary of the assassination of President Abraham Lincoln, the guardian of liberty, who labored tirelessly that "this nation, under God, [might] have a new birth of freedom". Building a future of freedom requires love of the common good and cooperation in a spirit of subsidiarity and solidarity."

Towards the end of his address, Pope Francis came full circle saying, "A nation can be considered great when it defends liberty as Lincoln did, when it fosters a culture which enables people to "dream" of full rights for all their brothers and sisters, as Martin Luther King sought to do; when it strives for justice and the cause of the oppressed, as Dorothy Day did by her tireless work, the fruit of a faith which becomes dialogue and sows peace in the contemplative style of Thomas Merton.

In these remarks I have sought to present some of the richness of your cultural heritage, of the spirit of the American people. It is my desire that this spirit continue to develop and grow, so that as many young people as possible can inherit and dwell in a land which has inspired so many people to dream."

For a full transcript of the speech CLICK HERE.