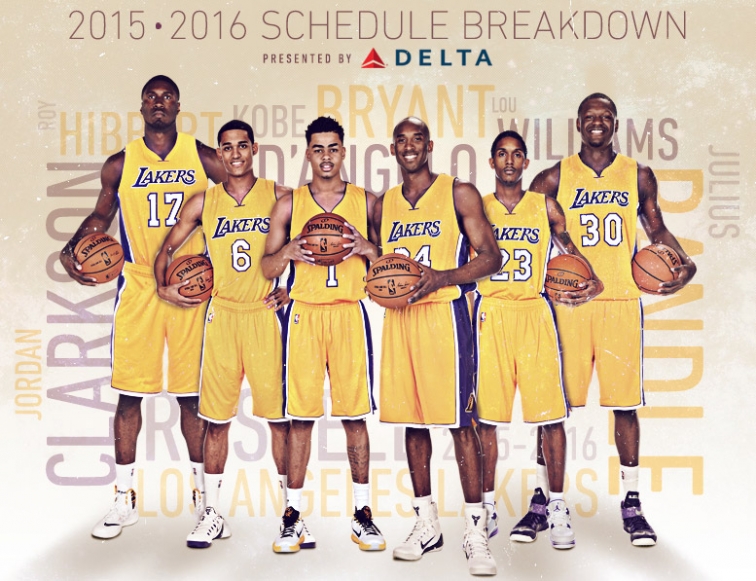 The Lakers will open the 2015-16 regular season on Wednesday, October 28 at STAPLES Center when they host the number one pick of the 2015 NBA draft, Karl-Anthony Towns, and the Minnesota Timberwolves, it was announced today. Highlights of the Lakers’ home schedule include a Christmas day game against the Los Angeles Clippers; the NBA Champion Golden State Warriors on January 5 and March 6; LeBron James and the Cleveland Cavaliers on March 10; and Kevin Durant and the Oklahoma City Thunder on December 23 and January 8.

The Lakers will play in 18 sets of back-to-backs (eleven home/away and seven away/away). The team’s longest road trip of the season will be an eight-game, 13-day trip from November 30 to December 12 that includes games at Philadelphia, Washington, Atlanta, Detroit, Toronto, Minnesota, San Antonio and Houston.

The Lakers’ complete 2015-16 schedule is as follows (all times local):