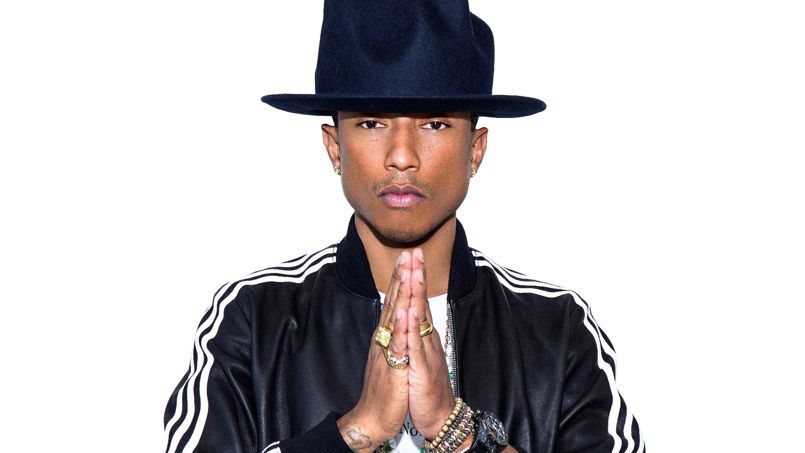 Apple announced that Pharrell Williams, One Direction, Florence + The Machine and Disclosure are among the headliners at the 2015 Apple Music™ Festival at London’s Roundhouse this September. Apple will broadcast performances to music fans around the world for free, which can be viewed live and on-demand on Apple Music. The Apple Music Festival lets fans get even closer to their favorite performers with coverage on Beats 1℠ alongside backstage news and footage straight from the artists on Apple Music Connect.

“We wanted to do something really special for music fans this year,” said Eddy Cue, Apple’s senior vice president of Internet Software and Services. “The Apple Music Festival is a greatest hits set of ten unbelievable nights featuring some of the best performers on the planet appearing live and interacting directly with their fans on Connect and Beats 1.”

Apple Music is a single, intuitive app that combines the best ways to enjoy music — all in one place. Beats 1 is Apple’s first ever live radio station dedicated entirely to music and music culture. With Apple Music Connect, artists can share lyrics, backstage photos, videos or even release their latest song to fans directly from their iPhone®.

“Wow, I’m so grateful to be performing at the Apple Music Festival. The Roundhouse is such a historic venue ... there’s always a special energy in the crowd. Thank you for having me!” - Pharrell Williams

“It’ll be great to be back in London and we can’t wait to perform for our fans in the Roundhouse and around the world on Apple Music! See you there!” - Niall, One Direction

“We’re excited to be playing at this year’s Apple Music Festival at the wonderful Roundhouse!” - Florence + The Machine

“We’re super excited to play our first ever show for Apple Music Festival at the Roundhouse, one of our favorite venues in London. It’s also the day our album’s released so that makes it extra special!” - Disclosure

The iTunes Festival started at London’s Institute of Contemporary Arts in 2007, and has seen over 550 artists perform in front of more than half a million fans and tens of millions more online and on-demand. Past performers include Adele, Beck, Coldplay, Elton John, Foo Fighters, Justin Timberlake, Kings of Leon, Lady Gaga, Katy Perry, Maroon 5, Muse, Sir Paul McCartney and many more.

For updates, tickets and additional information visit: www.applemusicfestival.com or join the conversation on Apple Music Connect.