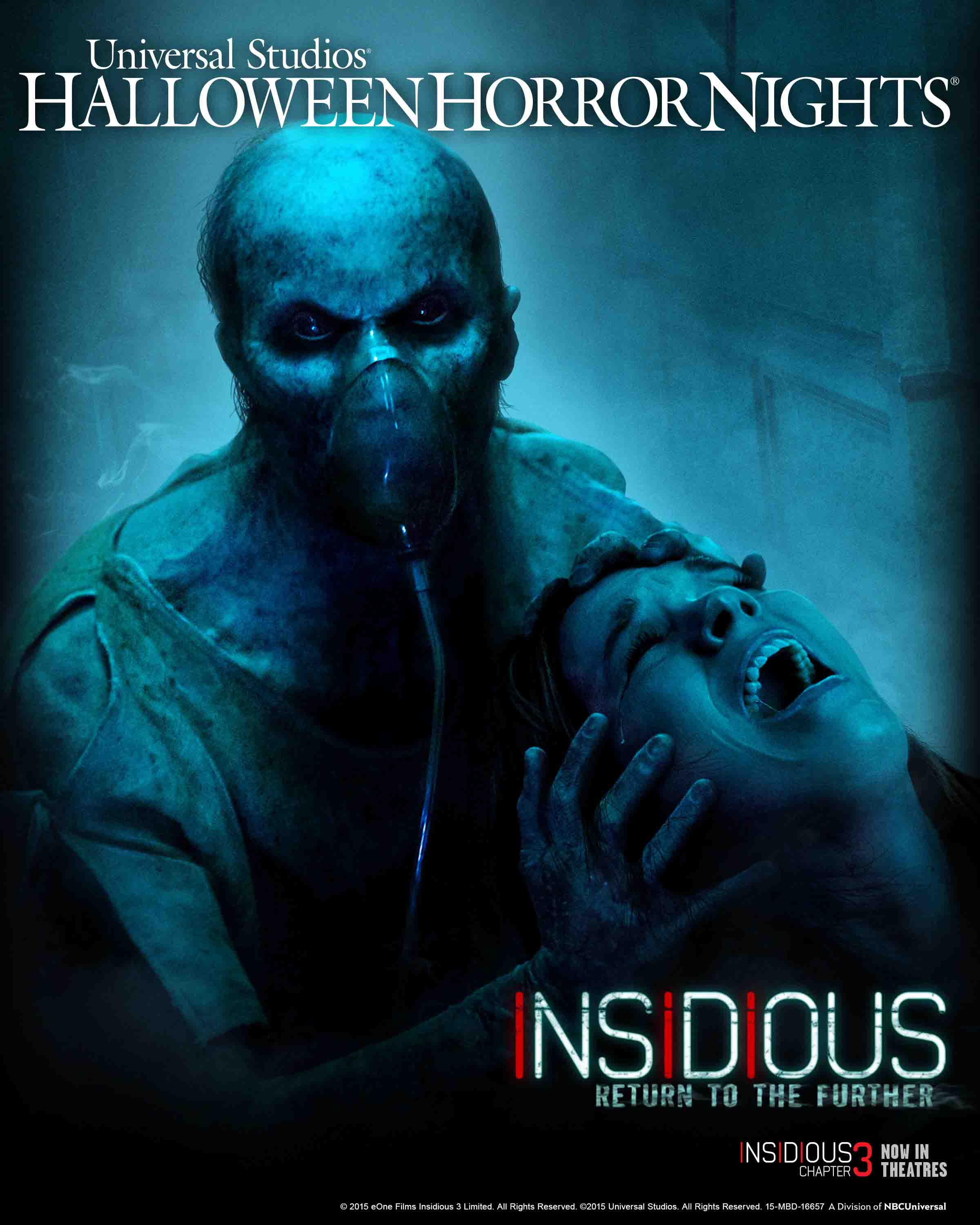 Although we are only halfway through July, the Halloween season is already being planned. For those of us who are looking forward to a good scare, look no further than Universal Studios Halloween Horror Nights. Horror Nights is bringing to life some of the scariest movies of the year, including an all-new experience based on the Insidious franchise. The maze will be appearing at both Universal Studios Hollywood and Universal Orlando. On both coasts, the parks are eerily decorated. The streets of the event are transformed into highly-themed scare zones where menacing “scare-actors” lunge from every darkened corner. Multiple movie-quality haunted houses are erected throughout the event, based on anything from iconic slasher films to hit horror television series to haunting original stories.

The Insidious maze will transport event goers into some of the most sinister scenes from all three films in the Insidious franchise, including investigating unexplained phenomena in the Lambert family’s eerie Victorian home and finding themselves at the ghastly séance to a journey into “The Further”, a supernatural realm that houses tormented spirits.

Music
"In Trance We Trust" Takes Over Avalon Hollywood