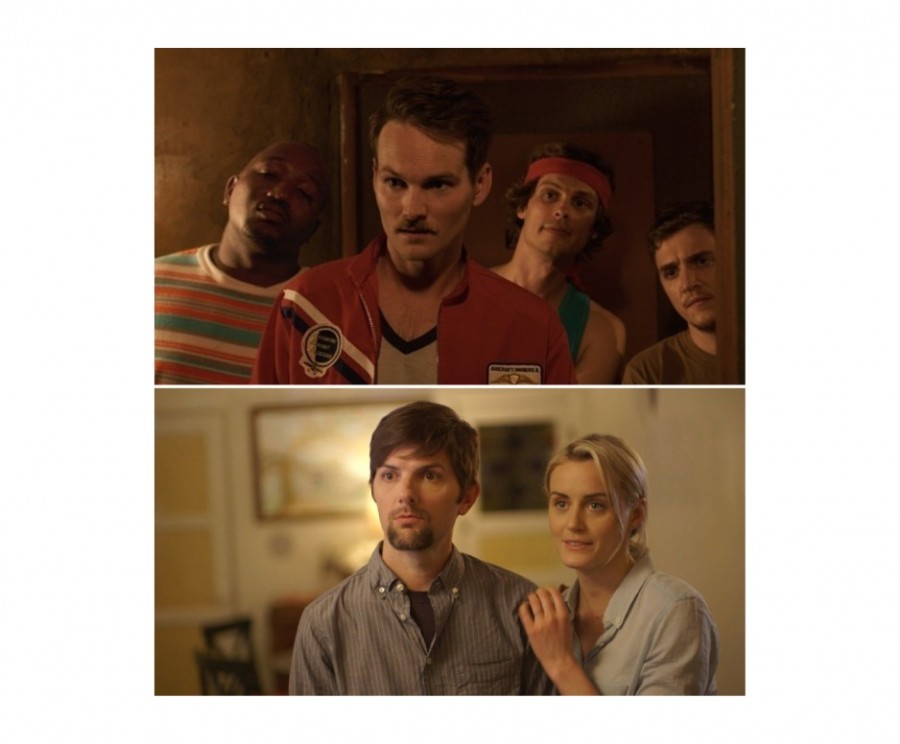 Set in modern-day Twainian Missouri, the film features Kyle Gallner as Huck Finn, a small-time crook with plans of going straight after his most recent release from prison. Perhaps Huck could achieve this goal were it not for his old pal Tom Sawyer (Adam Nee), a corrupt cop with a misguided sense of heroism. Wanting to live out his childhood fantasy of forming a “band of robbers,” when Tom gets tipped-off that a legendary treasure can be found at a local pawn shop, he recruits Huck and some oddball friends (Hannibal Buress and Matthew Gray Gubler) to help fulfill his dream.

Given his simpleton demeanor, it's little surprise when Tom’s wonderfully harebrained scheme to rob the pawn shop falls through. However, their efforts do yield an important clue, which in turn sends them on a treasure hunt across town. But with bloodthirsty bad guys like Injun Joe (Stephen Lang) on their trail, the band’s misadventures grow more perilous by the minute.

With a cache of clever references to the classics on which it’s based, “Band of Robbers” takes themes and plot points from the originals, but sets the action in present day with the characters reinterpreted as young adults. Beyond the filmmakers’ admirable ambition to take on such a celebrated piece of American literature, what most impresses is their ability to capture Twain’s trademark irreverence and sense of humor onscreen. And while the love for “Tom Sawyer” and “Huckleberry Finn” is felt in every frame, make no mistake about it: the Nee Brothers have crafted a singular work that stands on its own.

Nowhere is the filmmakers’ decision to reimagine child characters as grownups more effective than in cowriter-director Adam Nee’s beautifully flawed portrayal of Tom Sawyer. Best known as the lead of his and brother Aaron’s first feature, “The Last Romantic,” Nee is so intensely likable in this man-child role that it begs the question why he hasn’t yet achieved more mainstream success. Also putting in excellent work here is Kyle Gallner (“American Sniper”), who, as Huck Finn, is forced to shoulder the film’s emotional weight when it takes on tenderer tones. Supporting players are all first-rate, particularly Matthew Gray Gubler as misfit pal Joe Harper and Melissa Benoist as Becky Thatcher, Tom’s unfortunate police trainee.

Fans of the novels will obviously have a better appreciation for the attention to detail on display, but anyone who likes a good comedy of errors, especially one involving clumsy criminals, should be on the lookout for this piece of gold. 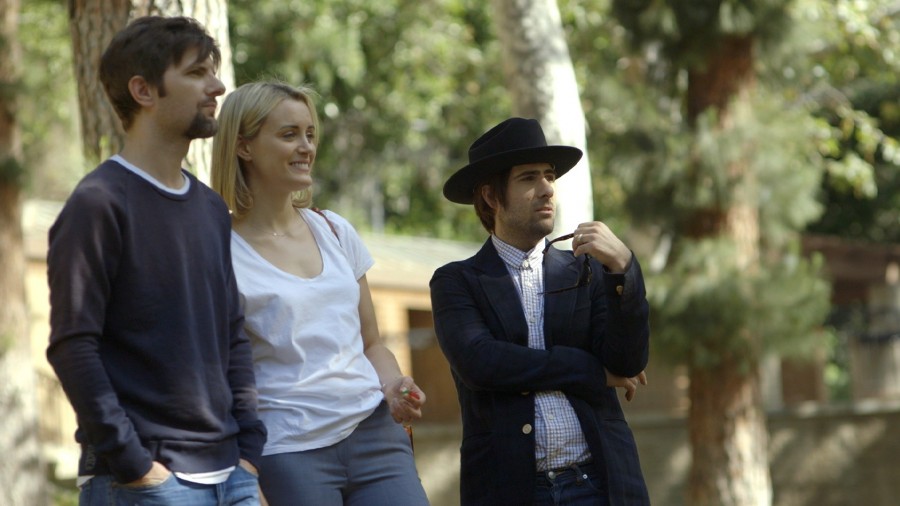 Another film that debuted to rapturous applause at LA Film Fest was “The Overnight,” a sex comedy starring Jason Schwartzmann, Adam Scottand Taylor Schilling (“Orange is the New Black”).

Set on Los Angeles’ trendy Eastside, “The Overnight” is centered on Alex and Emily (Adam Scott and Taylor Schilling), a sexually frustrated married couple recently arrived from Seattle. Worried about making new friends in a place as intimidating as Los Angeles, the couple’s fears are calmed when they meet hipster extraordinaire Kurt (Jason Schwartzman) at a local park. Seeing how well their children play together, Kurt invites the couple back to his house for a little welcome to the neighborhood get-together with his wife, Charlotte (Judith Godreche).

The evening starts off innocent enough with some good wine and conversation over dinner; but once the children are put to bed, all bets are off. Being a fairly conservative Seattle couple, it takes a while for Alex and Emily to warm up to their hosts’ freewheeling LA vibe. But after a little weed and a lot more booze, they embrace the couple’s quirks with open arms, leading the night into all kinds of unexpected directions. Things grow complicated when the shy couple realizes the situation they entered is of the swinger variety.

Writer-director Patrick Brice’s knockout screenplay deserves as much props for its well-drawn characters and emotional insight as it does for the consistency of its jokes. I can’t remember the last film I saw that earned laughs this big, though to be fair, it was playing to the crowd given its local setting. Considering the broadness of the swingers-versus-prudes character types, they could’ve easily fallen into one-note flatness, but each feels layered and unique. One exception to this involves a massive plot twist at the end that comes across as inconsistent with the events that preceded it, but it isn’t such a misstep that it ruins the overall experience.

Adam Scott and “Orange is the New Black” star Taylor Schilling are absolutely brilliant as the timid Los Angeles transplants. Granted, playing an everyday couple might not seem like such a noteworthy achievement, but because the audience is experiencing this strange world through their incredulous eyes, the comedy hinges on their performances. Schwartzman’s LA hipster is the role most susceptible to falling into caricature; luckily, he is such a magnificent actor and fascinating onscreen presence that it never even comes close (and even if it did, you’d be too busy laughing at his character’s prosthetic penis and anus-inspired artwork to notice). Finally, as Schwartzman’s sexually adventurous French wife, Judith Godreche milks her role for all its worth.