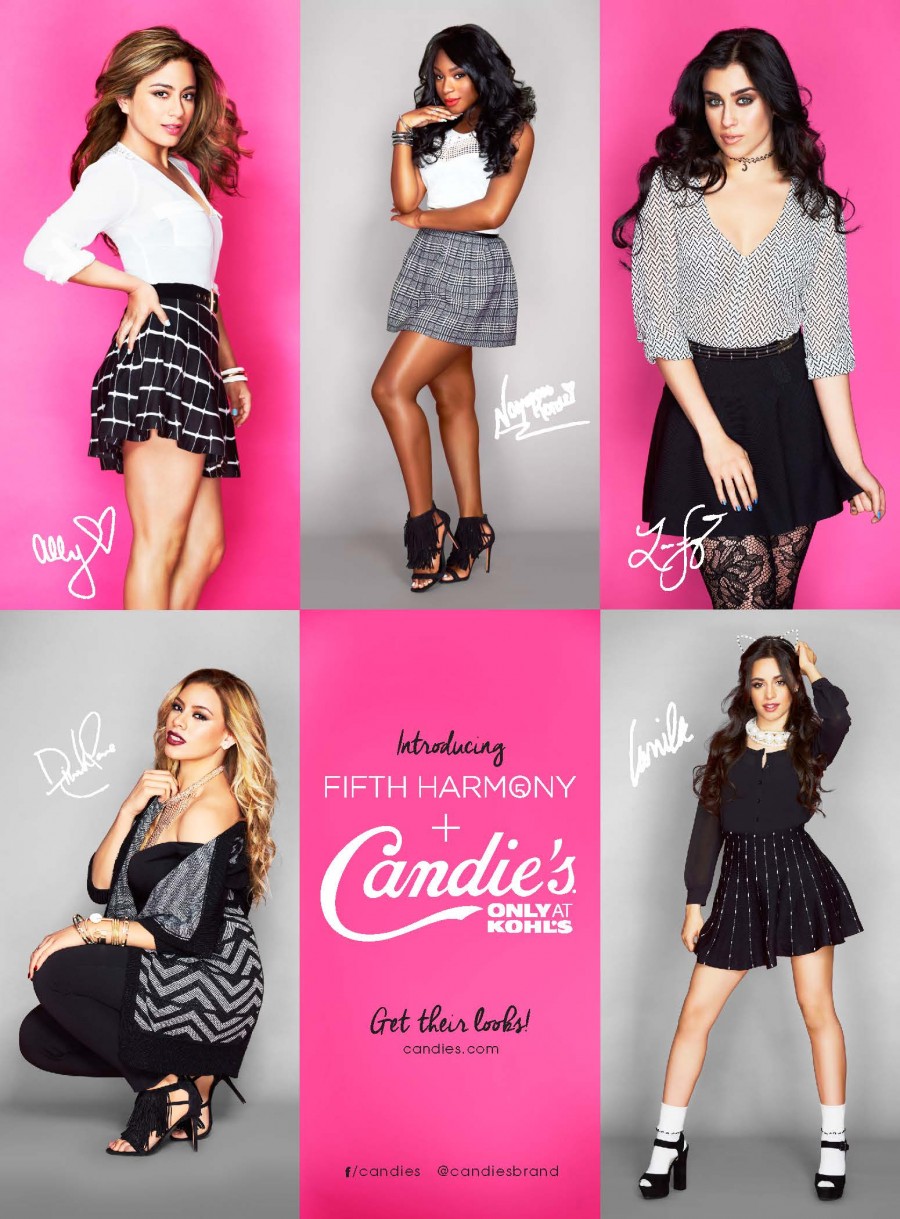 The girls are dressed in different Candie’s looks, chosen themselves, that reflect their personal style and show the versatility of the brand.  This marks the second time a music group has been given the coveted “Candie’s Girl” title. The last group was Destiny’s Child featuring Beyonce, Kelly Rowland and Michelle Williams.  The campaign was shot at Milk Studios in New York City.

The Reflection album solidified Fifth Harmony’s place at the top of pop! It debuted at #5 on the Billboard Top 200 earlier this year and has already yielded two gold-selling singles "BO$$” and “Sledgehammer.” Candie’s is available exclusively at Kohl’s stores and online at kohl’s.com.

L. A. Glam
Stuart Weitzman's Fall 2015 Campaign Is All Legs With Gisele Bundchen