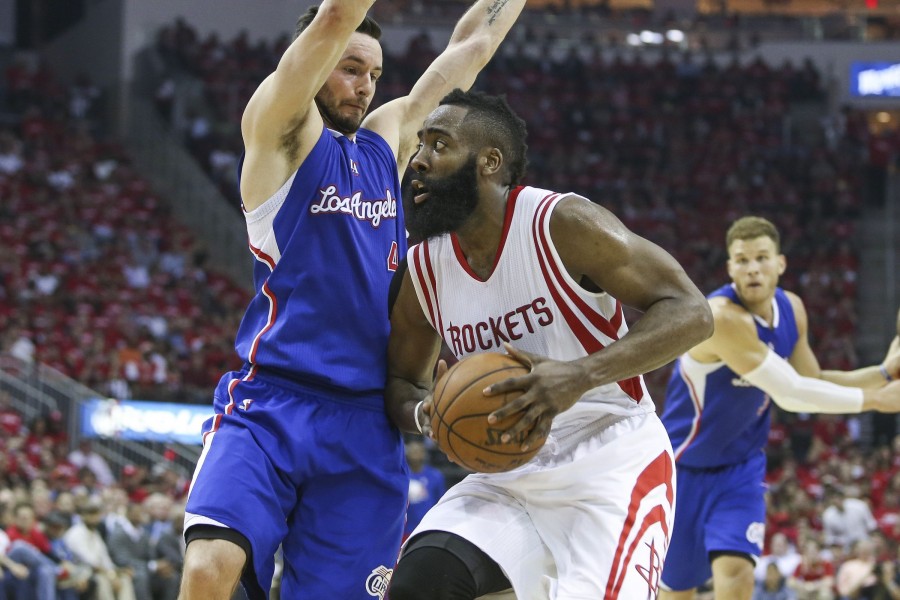 Maybe suffering from a little disappointment over losing the MVP award to Golden State’s Stephen Curry, Houston Rockets guard James Harden finally played like an MVP candidate in Wednesday night’s win over the Los Angeles Clippers. Down double digits and staring at two consecutive home losses to a Clippers team missing Chris Paul, the Rockets clawed back to earn a 115-109 victory to tie up the series at a game apiece. Harden struggled once again to start the game and dealt with some foul trouble, but the MVP runner-up found a rhythm when he returned to the game in the third quarter after sitting down with four fouls.

Harden scored 16 of his 33 points in the fourth quarter, with 15 of those 33 points coming at the free throw line. Clippers all-star forward Blake Griffin scored 26 of his 34 points in the first half, but was slowed down in the second half by a better Houston defensive effort. Thanks to some poor shot selection by the Clippers and a parade to the free throw line for Houston, Los Angeles’ lead was down to two heading into the fourth quarter. The Rockets shot 15-of-25 from the charity stripe in the third quarter. Houston’s momentum carried into the fourth quarter as Harden got going to help lead the way to victory while holding off the Clippers’ late push. Game 3 is on Friday night in Los Angeles, and the attention again turns to whether or not Paul will be available.