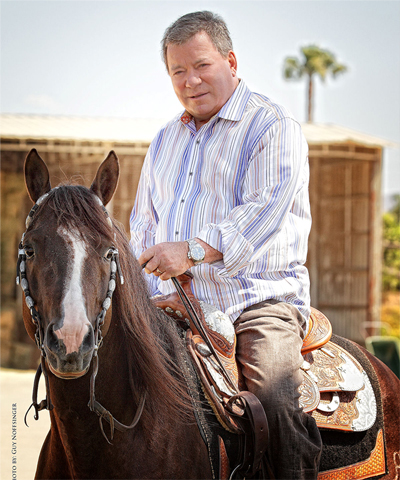 Guests will be treated to an exciting arena show and a world-class reining competition, followed by a western dinner catered by STONEFIRE Grill. The evening concludes with a special LIVE performance by REO Speedwagon's Kevin Croninwith band membersBryan HittandDave Amato.

Proceeds from the event will benefit special-needs children's charities across the city of Los Angeles including: AHEAD With Horses, Children's Hospital Los Angeles, Hollenbeck Police Activities League (PAL), St. Jude Children's Research Hospital®, The Painted Turtle and others.

"Over the last 25 years, we have been able to help thousands of young Angelinos thanks to the support we receive from our generous sponsors and attendees," commented William Shatner. "We are so fortunate to have the great talent of REO Speedwagon's Kevin Cronin with band membersBryan Hittand Dave Amato for our entertainment this year. They are absolutely terrific and generous with their time and support."