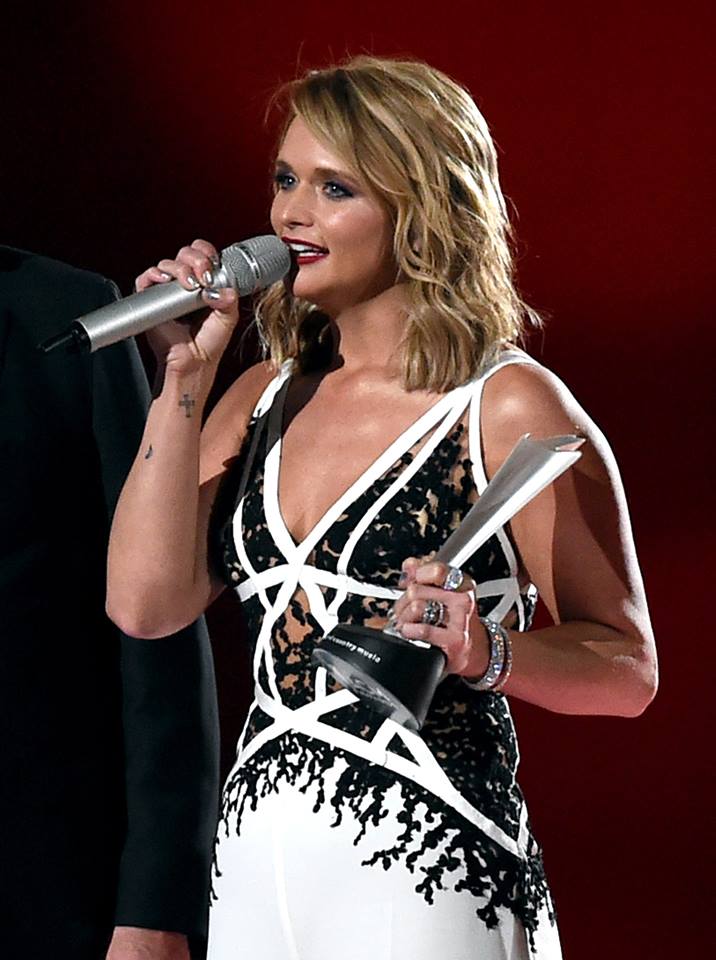 The 50th ACADEMY OF COUNTRY MUSIC AWARDS was a star-studded ceremony on CBS Sunday night at the Home of the Dallas Cowboys in Arlington, TX. Fans named Luke Bryan as Entertainer of the Year, the evening's biggest honor and his second win in this category. The 50th ACM Awards broke the GUINNESS WORLD RECORDS™ title for the Highest Attendance at an Awards Show Broadcast with a total of 70,252 fans in attendance.

Garth Brooks,Kenny Chesney, Miranda Lambert, Reba,George Strait, Taylor Swift, and Brooks & Dunn were honored with the 50th Anniversary Milestone Award and presented with an exclusive trophy designed by America's premier jewelry and timepiece designer, David Yurman. Like the jewelry designs of David Yurman, this ACM trophy is a timeless piece of craftsmanship that will be treasured for a lifetime.

Jason Aldean won Male Vocalist of the Year for the third consecutive year. Aldean has won an overall total of eight ACM Awards.

Miranda Lambert won Female Vocalist of the Year for the sixth consecutive year, setting a new record for the most consecutive wins in that category.  Lambert also won Album of the Year for Platinum, and Song of the Year for "Automatic" as artist and songwriter, that made her the leading winner of the night with a total of four awards.

Florida Georgia Line won Vocal Duo of the Year, marking their second win of the night after previously accepting the award for Vocal Event of the Year. They have won an overall total of five ACM Awards since 2012.

Prior to the show, Florida Georgia Line won Vocal Event of the Year for "This Is How We Roll" featuring Luke Bryan, and Dierks Bentleywon Video of the Year for "Drunk on a Plane." The artists were surprised with the award on the red carpet during the LIVE ACM pre-show.

Next year's ACM Party for a Cause® Festival® will be bigger than ever. Extended to a three-night musical event on April 1st-3rd, the festival will take place in the heart of Las Vegas at the MGM Resorts Festival Grounds and feature two-time ACM Entertainer of the Year Carrie Underwood, two-time ACM award winner Dierks Bentley, and four-time ACM Entertainer of the Year Kenny Chesney. For more information go to ACMPartyforaCause.com. Tickets go on sale on April 27th on Ticketmaster.com.

Following is the list of winners in the 11 categories voted on by the membership (excluding the Entertainer of the Year and New Artist categories, which were voted on by a combination of professional ACM members and fans):

Entertainer of the Year
Luke Bryan