Baz Luhrmann Is Back With A Netflix Series 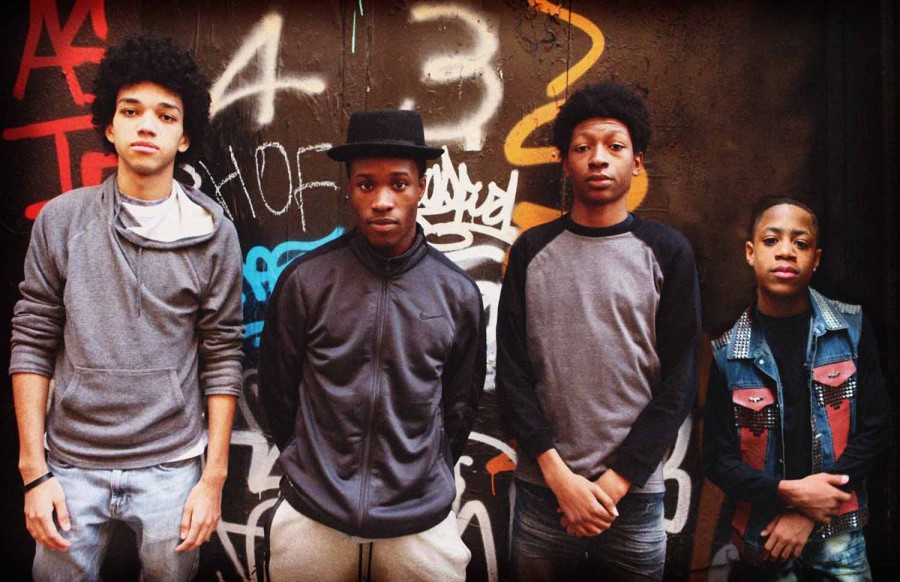 Baz Luhrmann is back with a new Netflix Original Series, The Get Down, has cast its first four young male leads, a rag tag group of teenagers who are wild in the streets of the Bronx in the late 70's.

TJ BROWN as "Boo-Boo,"a mechanically-minded kid who wants to get down, he is an irrepressible 40-year old in a 14-year old body.
14 years old, TJ lives in the Bronx, NY. An aspiring rapper and dancer, TJ hones his craft by performing in the NYC subway, where he was discovered by The Get Down’s casting team.

JUSTICE SMITH as "Ezekiel," a smart, resourceful teen brimming with untapped talent and unrequited love who is determined to make his mark in this world.

19 years old, born & raised in Anaheim, CA, Justice is one of the stars of Paper Towns, which will be released by Fox 2000 this June.

SHAMEIK MOORE as "Shaolin Fantastic,"a child of the streets, thrill-seeking, unpredictable, eccentric but above all, enigmatic.

19 years old, born & raised in Atlanta, GA, Shameik is the star of the 2015 Sundance hit Dope, and was named by Indiewire as one of the '12 Major Breakouts' of the festival.

SKYLAN BROOKS as "Ra-Ra," a loyal, respected, protective friend and brother with his head screwed on tight, he's the voice of reason beyond his years.

16 years old, born & raised in Los Angeles, CA, Skylan is the star of the film The Inevitable Defeat of Mister & Pete, for which he was nominated for a Young Artist Award for Best Leading Young Actor in a Feature Film. He will next be seen opposite Jake Gyllenhaal and Rachel McAdams in Antoine Fuqua’s Southpaw.

Says Luhrmann, "The characters these young actors play in The Get Down unwittingly become a band of brothers. Any great group is always made up of distinctly different characters, and the actors we are privileged enough to invite into the roles of Ezekiel, Shaolin Fantastic, Boo-Boo and Ra-Ra all have the distinction of being from such diverse backgrounds -- from performing in subways in the Bronx to the music scene of Atlanta and of course Los Angeles. I know they’re collectively on the beginning of a thrilling journey with a big story to tell."

The Get Down will focus on 1970s New York City – broken down and beaten up, violent, cash strapped -- dying. Consigned to rubble, a rag-tag crew of South Bronx teenagers are nothings and nobodies with no one to shelter them – except each other, armed only with verbal games, improvised dance steps, some magic markers and spray cans. From Bronx tenements, to the SoHo art scene; from CBGBs to Studio 54 and even the glass towers of the just-built World Trade Center, The Get Down is a mythic saga of how New York at the brink of bankruptcy gave birth to hip-hop, punk and disco -- told through the lives and music of the South Bronx kids who changed the city, and the world...forever.

The 13-episode music-driven drama from Sony Pictures Television will debut in all Netflix territories in 2016.

Television
Netflix Announces "Full House" Revival, But Will The Cast Be Full?