Political Leaders Gather For The Opening Of The Edward M. Kennedy Institute 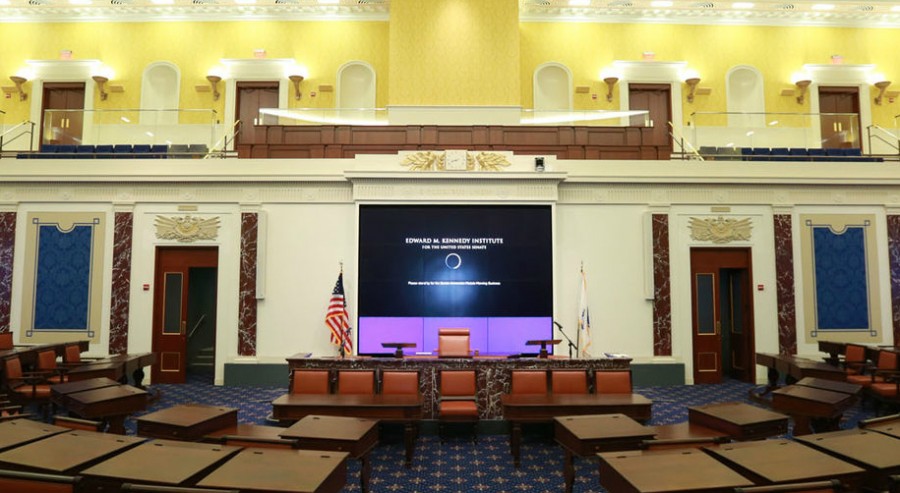 The Edward M. Kennedy Institute for the United States Senate (EMK Institute) will open with a formal dedication at Columbia Point in Boston on March 30, 2015.

Located on Columbia Point just outside downtown Boston and next door to the John F. Kennedy Presidential Library and Museum, the EMK Institute will bring the history of the United States Senate alive using technology to engage and inspire like never before. A full-scale representation of the United States Senate Chamber, as well as interactive exhibits, and a reproduction of Senator Edward Kennedy’s office will be on site.

Using digital tablets and role-playing as Senators, visitors will debate, negotiate, vote on legislation, and ideally, leave the Institute inspired to make a difference in their own communities.

The following are pricing and parking details, as well as hours of operation.

Free admission for all children under 6 and all U.S. Active Duty Armed Forces

Breaking News
And Then There Were 3: Marco Rubio Joins The Republican Race For Presidency