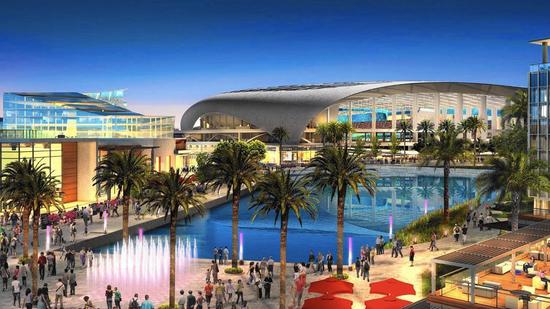 For two decades, billionaires, business leaders, Hollywood celebrities and high-powered politicians have taken turns trying to coax the NFL back to Los Angeles. Their efforts have been futile. Football fans in the region, fatigued by broken promises and dead-end deals, have been largely skeptical. They’ve revealed their feelings in letters and online posts that can best be summarized: Don’t call us until you start pouring cement. Now, in the last few weeks, NFL owners have muscled their way onto the stage, throwing in their own money and making their stadium plans very public. For the first time since 1994, the NFL’s return to Los Angeles might be more than a dream. “People are actually investing dollars into getting something done,” said Pittsburgh Steelers owner Art Rooney II, chairman of the league committee looking into the L.A. market. “People can take that as maybe we’re more serious than we’ve been over the last decade or so.” 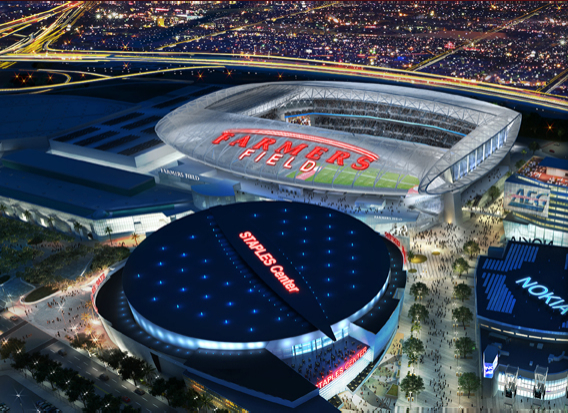 The owner of the St. Louis Rams announced last month that he intends to build a football stadium at Hollywood Park in Inglewood, and Thursday the owners of the San Diego Chargers and Oakland Raiders unveiled a plan to share a venue in Carson. Neither proposal requires public money. “There’s a big difference between the league making something out of a market, and an owner doing that,” said Eric Grubman, an NFL senior vice president and point man on L.A. “Now that there are multiple clubs in it, the passion is building, and the commitment to get something done on the part of those clubs is very public. That changes the dynamics, and it does increase the complexity.” No one has yet committed to move a team to L.A. But the owners have made it clear that they are ready to relocate if they are unable to negotiate a new publicly subsidized stadium in their home cities. The stakes are high as they jostle for position in the nation’s second-largest market, where the Dodgers and Clippers each sold for $2 billion or more. The pressure now is on the NFL to make it work.

The Inglewood stadium plan competes with Farmers Field, a proposed pro football stadium in downtown Los Angeles by the Los Angeles Convention Center and Staples Center arena. Los Angeles sports and entertainment giant AEG has been searching for a football team to play in its planned facility. AEG released this statement Monday: “We continue our efforts to advance Farmers Field and we remain confident in the advantages of our project over any of the other sites that have been rumored for a new football stadium. Farmers Field offers a highly desirable location at L.A. LIVE, billions in existing infrastructure and complementary facilities surrounding the site, and a fully entitled project able to host two NFL franchises without the legal, political and taxpayer risk that other sites face.”

Electronics
What's The Top Tablet On The Market?