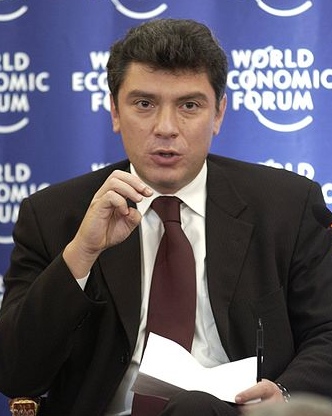 Russian Politician and former deputy prime minister, Boris Nemtsov who often spoke out against President Vladimir Putin was shot and killed near the Kremlin on Friday. According to reports, killers in a white car shot Nemtsov four times as he was walking across a bridge in central Moscow. The woman he was with was unharmed, police said.

Nemtsov's political career thrived during the 1990s, working under President Boris Yeltsin. More recently, he was helping to organize a rally against Putin's policies regarding Russian involvement in the war in Ukraine and the financial crisis in Russia.

Crowds have gathered at the scene of the crime to pay their respects. The fatal shooting has sparked outrage among fellow opposition figures.

Reuters published a quote from opposition leader, Setgei Mitrokhin saying, "I would say this is not only a blow to the opposition, it is a blow to all Russian society. It is a blow to Russia. If political views are punished this way, then this country simply has no future."

President Obama said in a statement, "The United States condemns the brutal murder of Boris Nemtsov, and we call upon the Russian government to conduct a prompt, impartial, and transparent investigation into the circumstances of his murder and ensure that those responsible for this vicious killing are brought to justice.  Nemtsov was a tireless advocate for his country, seeking for his fellow Russian citizens the rights to which all people are entitled. I admired Nemtsov’s courageous dedication to the struggle against corruption in Russia and appreciated his willingness to share his candid views with me when we met in Moscow in 2009."

Via Twitter, Ukrainian President Petro Poroshenko said "it is hard to believe" that Nemtsov was killed. "I have no doubt that the murderers will be brought to justice. Sooner or later. Rest in peace."