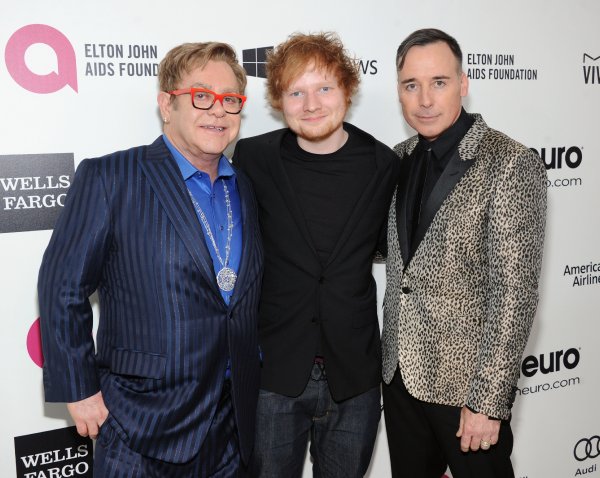 The dinner was followed by a lively auction. Auction items included the Alex Prager photograph Sheryl: 2009; the Jeurgen Teller photograph of Joan Didion for the Celine Campaign Spring Summer 2015; the Stephen Somerstein print Dr. Martin Luther King, Jr. Speaking to 25,000 Civil Rights Marchers at End of Selma To Montgomery, Alabama March. In Front of Alabama State House. March 25, 1965 - View of Rear of Head with Crowd of Marchers in Background; a Greg Gorman photograph and portrait sitting; an all-inclusive, four-night stay for four people at the Clayoquot Wilderness Resort; a five-day stay for four people at Steven Tyler's Hawaiian Retreat; and two tickets to the Vanity Fair Oscar Party later that night.

Following the auction, Grammy winner Nile Rodgers & CHIC took the stage to perform several songs, including such favorites as "Le Freak," "We Are Family," "Dance, Dance, Dance (Yowsa, Yowsa, Yowsa)," "Everybody Dance," and "Good Times."  Nile will be releasing the first CHIC single in 23 years on March 20th. The title of the song is "I'll Be There."  The new CHIC album, It's About Time, will be released summer of 2015.  Both single and album are coming out on Warner Brothers Records.

In his remarks for the evening, EJAF Founder Sir Elton John thanked his guests for enthusiastically participating in the evening's audience participation feature, which enabled guests to make gifts to the Foundation on the spot using their cell phones.  Throughout the evening video messages from long-time EJAF supporters Neil Patrick Harris and Matt Lauer, as well as live messages from EJAF friends Alec Baldwin and Mike Myers, encouraged guests to text in pledges to support the Foundation's urgent mission.

"What we're able to do in just one evening continues to amaze me," said Sir Elton.  "Because of your generosity last year, we helped nearly 70,000 people across the U.S. and the Caribbean to receive regular HIV testing services. Because you cared, an additional 15,000 people were able to stay in continuous medical care, and nearly 12,000 achieved complete viral suppression. That's an amazing achievement. And this year, we're poised to do even more. Together, we're making real progress against this epidemic by helping one person, one community, at a time. And it is not at all unrealistic to think that together we can end AIDS in our lifetime."