The astonishing true story of 33 Chileans who endured a harrowing 69-day struggle to survive while trapped in a collapsed copper-gold mine is brought blandly to the big screen in “The 33,” a drama starring Antonio Banderas, Juliette Binoche and Lou Diamond Phillips.

Based on the book “Deep Down Dark” by Hector Tobar and adapted by Mikko Alanne, Craig Borten (“Dallas Buyer’s Club”) and Michael Thomas, this triumphant true story never reaches its full cinematic potential due to a clichéd screenplay and interminably slow pacing. Although “The 33” features committed performances from a strong international cast led by Banderas and Binoche, the Hollywood-style glossiness with which the story is related, paired with the script’s maddening shifts between different planes of action, render the film merely mediocre. Even though this incredible story touched the hearts of viewers worldwide as it unfolded live over the course of several days, it’s unlikely that many moviegoers would willingly revisit this dark terrain.

“The 33” commences on August 5th, 2010, a day which began like many others for the miners at the San Jose copper-gold mine in the Atacama Desert of Northern Chile. After a quick peek into the lives of the principal players – including family man Mario Sepulveda (Antonio Banderas), health-stricken Alex Vega (Mario Casas), ladies’ man Yonni Barrios (Oscar Nunez, “The Office”) and down-on-his-luck Dario Segovia (Juan Pablo Raba) – the miners arrive at their 200-story deep, 120 year-old subterranean worksite. Despite the safety concerns of shift supervisor Luis Urzua (Lou Diamond Phillips), who recently discovered some deep cracks in the mine walls, The 33 are sent down the winding service ramps into the heart of the mine. Not long into their workday, their worst fears come true as the mine collapses, leaving the workers buried in debris 2300 feet below ground level. 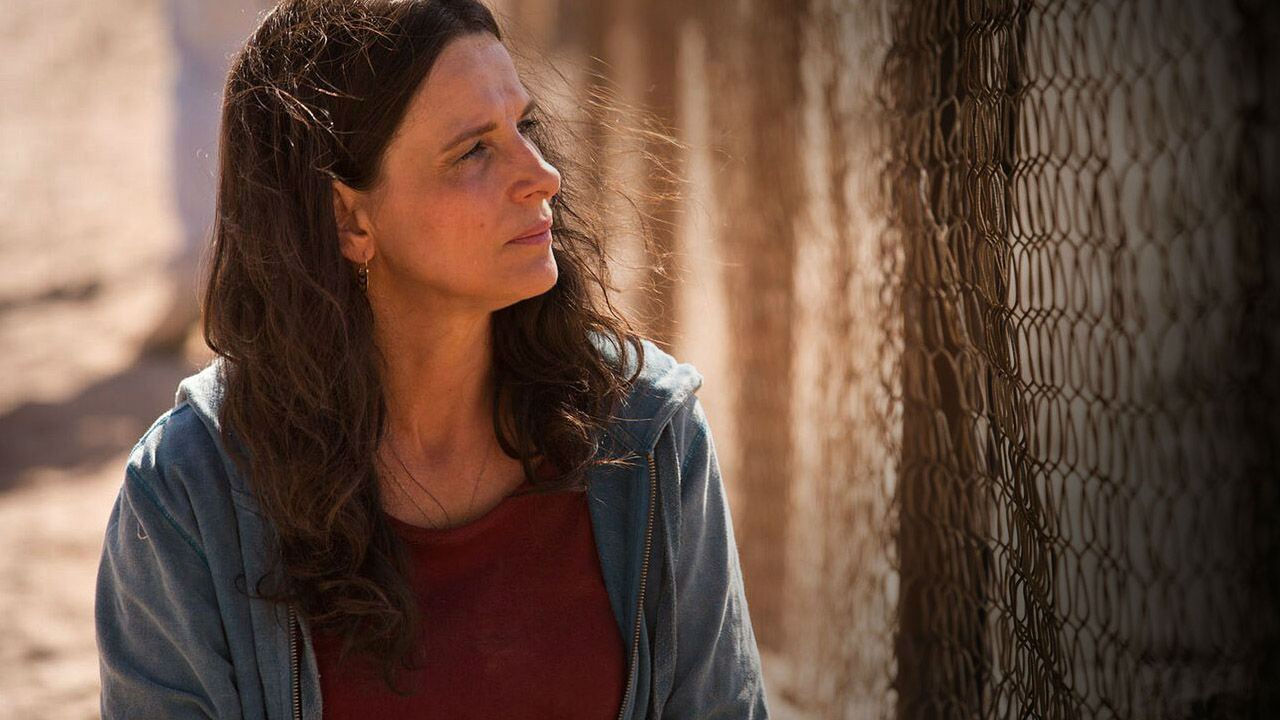 As word spreads to the miners’ families and Chile’s Minister of Minery (Rodrigo Santoro), The 33, all of whom amazingly survive the collapse, come to grips with their dire situation and pursue possible escape options to no avail. While the miners’ families, led by Dario’s outspoken sister (Juliette Binoche), use the local media to advocate for their loved ones’ rescue, the increasingly desperate laborers make their way to the refuge room, where a five-day supply of food is kept for such circumstances. As the action shifts between the above ground rescue efforts and the trapped miners’ quickly deteriorating mental and physical state, the film weaves an inspiring tale of perseverance in the face of despair.

For a movie about rugged miners trapped underground for 69 traumatic days, director Patricia Riggen, whose previous films featured female protagonists (“Under the Same Moon,” “Girl in Progress”), was an interesting choice to drill into this material. A native of Guadalajara, Riggen certainly brings cultural authenticity to “The 33” but her competent direction can’t rectify the problems with the skin-deep screenplay. Perhaps concerned that audiences would be bored by the lack of action within the limited parameters of the refuge room, the screenwriters compulsively crosscut above and below ground, resulting in redundancy and preventing the protagonists from really registering. The government’s rescue efforts as well as the families’ fight to save their nearest and dearest is unquestionably a critical part of the story, but the manner in which the filmmakers present this portion of the narrative simply lacks the ingenuity required to make it compelling.

Acting-wise, when dealing with a story featuring so many different characters, it’s inevitable that many will come across as one-note, and while the filmmakers have definitely assembled a capable cast, none are given the opportunity to really shine. As the self-appointed leader of the pack, Antonio Banderas’ natural charisma and capacity for courageousness anchors the picture; veteran actor Lou Diamond Phillips lends strong support as the shift supervisor whose warnings went unheeded; and French actress Juliette Binoche pulls off playing one of the miner’s Chilean sisters with surprising ease.

Overall, “The 33” hits a few dramatic highpoints but not enough to overcome its biggest obstacle: how to turn a true-life disaster into a hollywood blockbuster.

Rated R for a disaster sequence and some language.