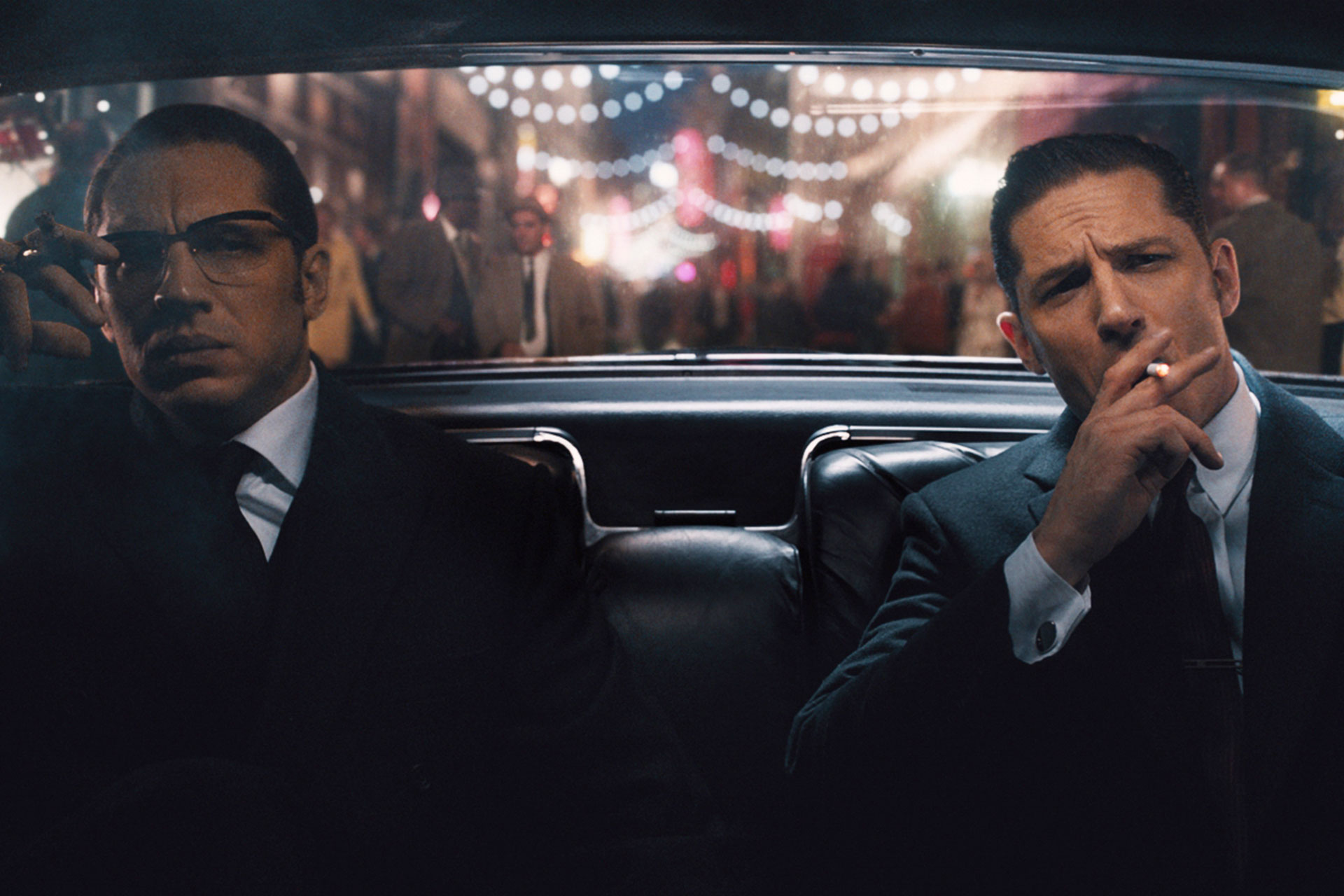 “Legend” doesn’t waste any time addressing the elephant in the theater, so in keeping with this idea, neither will I. The first scene of Brian Helgeland’s (42) latest film pretty much tells the viewer everything they need to know about the remaining 131 minutes of action. A highly saturated color scheme. Blaring 1960s theme rock music. Oh yeah, and Tom Hardy (Mad Max: Fury Road) in not one, but two leading roles. It’s an incredibly rewarding and enjoyable moment watching two of the same actors sit side by side on screen, and it’s pretty obvious that we’re not the only ones loving every moment of it. Hardy looks like he’s having the time of his life too. Much to the disappointment of those that bought tickets, however, it doesn’t take very long for the shock factor to wear thin. What is left in it’s place is an excessively long, run-of-the-mill mobster movie.

But before we talk any more about Hardy’s acting tour-de-force, let’s first back up and touch upon the true-to-life twin criminals “Legend” is based upon. Ronnie and Reggie Kray were real-life criminal twins that terrorized the East End of London during the 1960s. In a decade defined by peace and love, the Krays were fearless in their control over the unsavory side of Britain’s capital city. In keeping with traditional theatrical representations of the lives of famous hoodlums, the viewer is brought into the inner sanctuary of the Kray’s expansive criminal enterprise and is given a front row seat to watch the meteoric rise and fall of their illegal professional and personal lives. 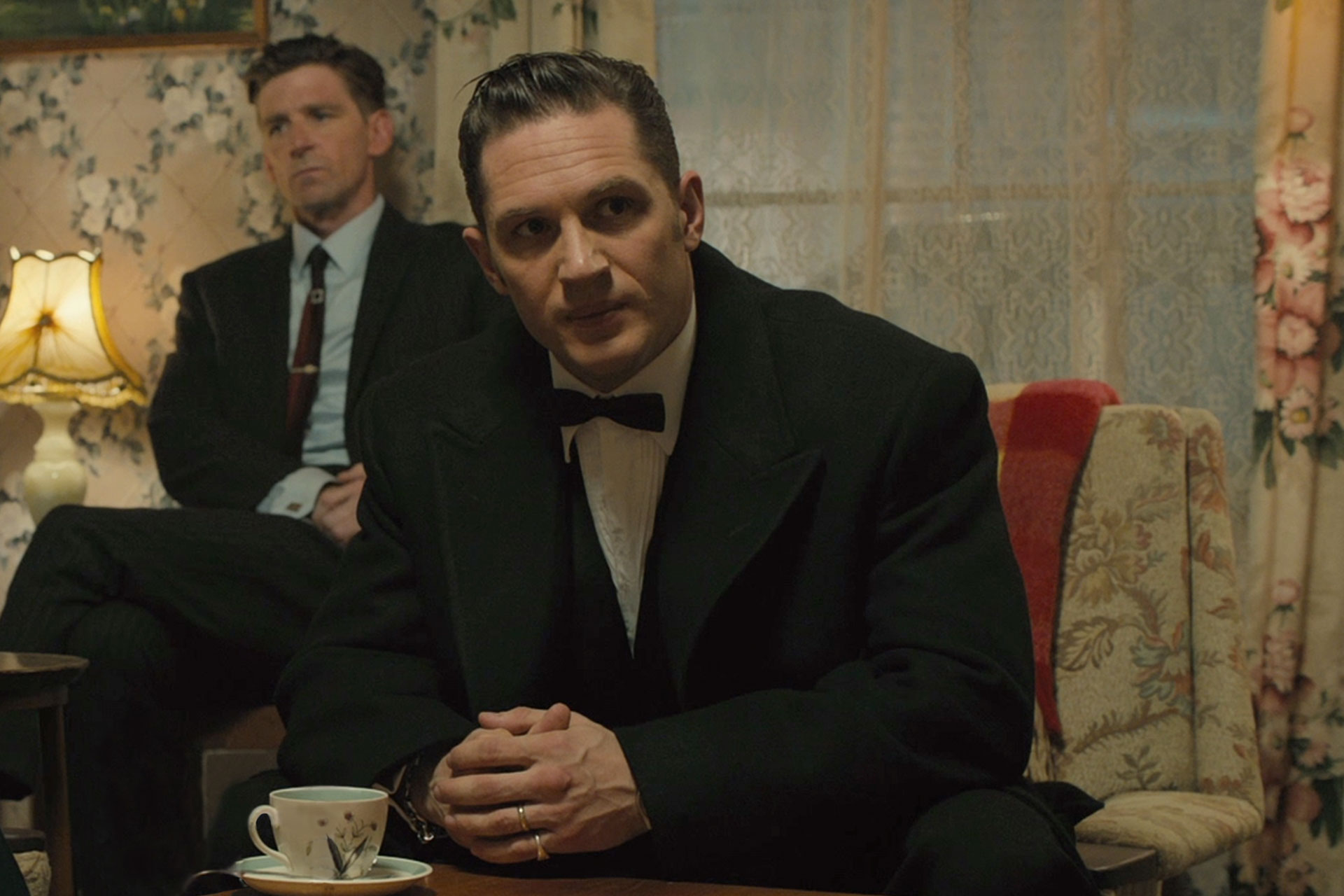 Unlike most movies in this genre (besides the incredibly underrated “The Devil’s Double,” that is), writer-director Brian Helgeland has a unique casting trick up his sleeve. Enter Tom Hardy, who plays both brothers. With memorable performances in “The Dark Knight Rises” and “Locke” already under his belt, it’s safe to say that Hardy is not afraid to escape his comfort zone when taking on a role.  And for his part, the British actor is magnanimous in the role. He genuinely creates two wholly different characters with Ronnie and Reggie Kray. One is the put-together criminal with a soft side for family and romance, while the other is a slightly psychotic loose canon that never backs down from a fight.

Unfortunately, the action never really sizzles enough to give Hardy anything meaty to work with. Helgeland sets the slow build template early and the action ends up feeling overly meandering and drawn out by the end.

Other than lying, cheating, and avoiding authority at all costs, the central dramatic thrust of the film comes from Reggie’s relationship with Frances (Emily Browning), the young woman who later becomes his wife. Functioning in multiple roles again, Francis’ significance to the story is two-fold. Not only is she the increasingly more melancholy onlooker to Reggie’s criminal activities, but she also takes on narration duties. Her omniscient, slightly sarcastic voice-over asides helps explain the Krays’ mystique and provides context to their world. 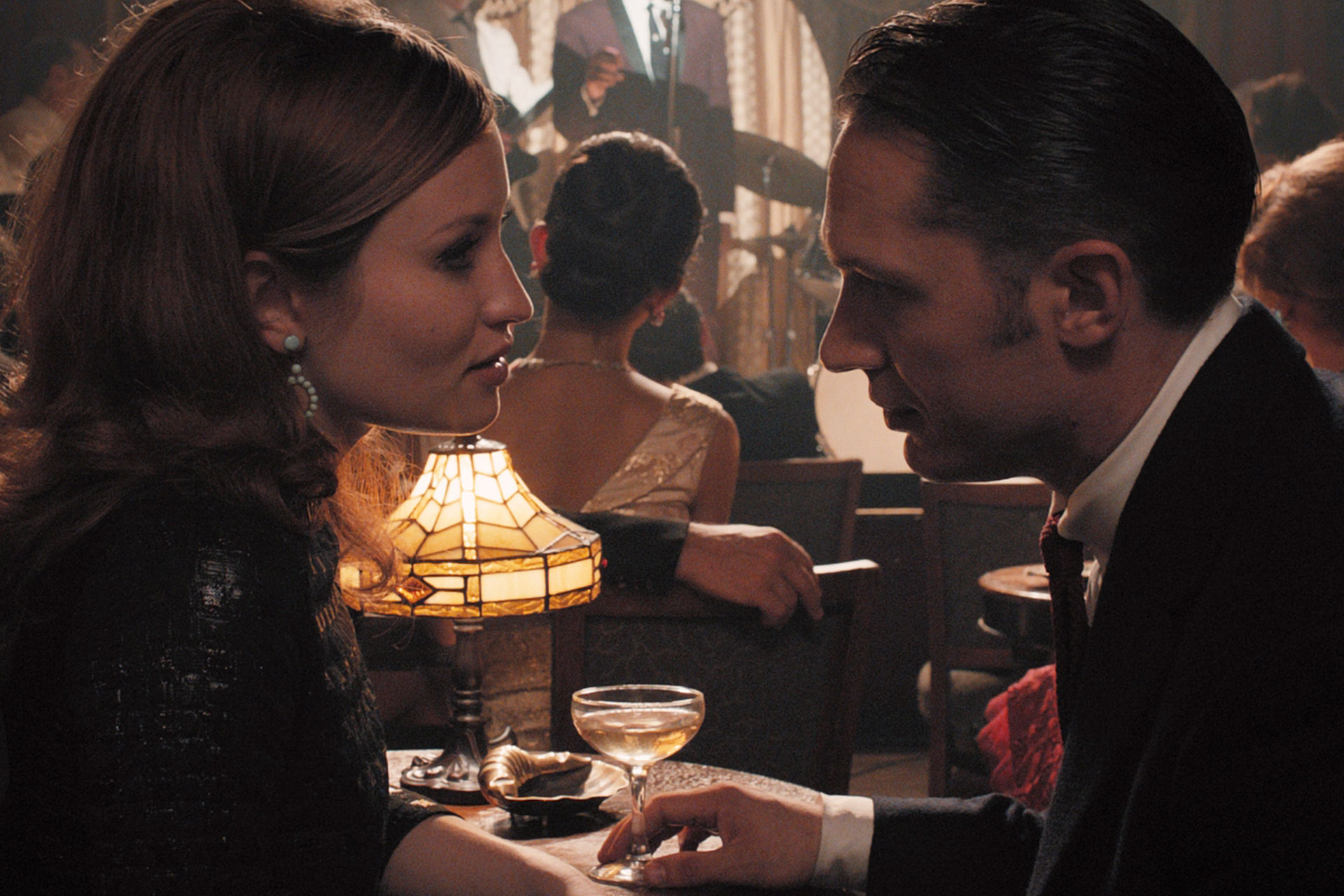 As the film slogs along, the viewer is met with a certain constant sameness. The violence. The cockney accents. The cinematography, editing, and tone that borrows maybe a little bit too much from Guy Ritchie. Everything about “Legend” seems to blur into one unreasonably long scene. Everything except for Hardy’s kick-ass performance that is. He, and he alone, occasionally manages to jolt the viewer out of their comatose state.

It’s safe to say that “Legend” will not live up to its name. But that’s what happens when there’s a frustrating lack of depth to a script that calls for such a lengthy temporal investment. Despite all of the bad, there is a silver lining. Tom Hardy proves that he is one of the best in the biz and when a script, story, and overall movie isn’t very exciting, it’s better to have two helpings of this very talented actor than to only have one.

Rated R for strong violence, language throughout, some sexual and drug material