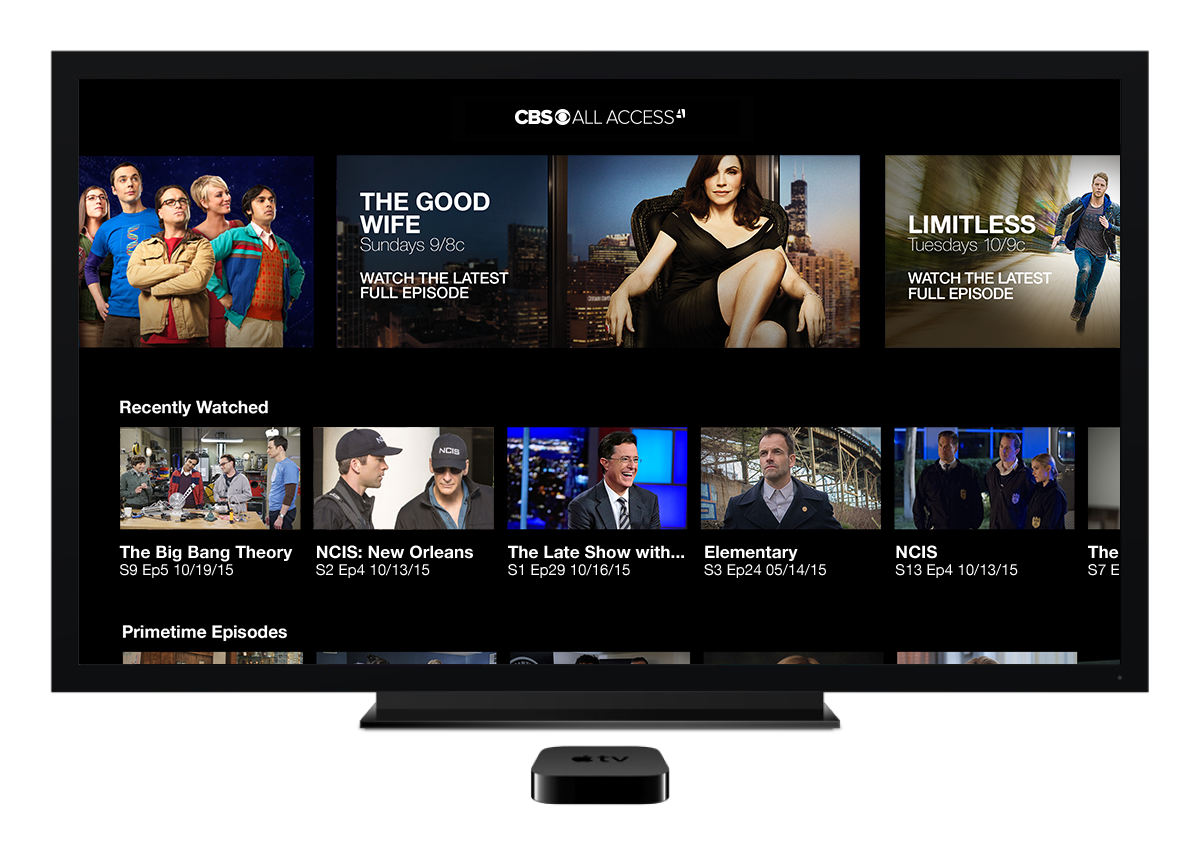 For $5.99 a month, CBS All Access will offer Apple TV users more than 7,500 episodes from the current season, previous seasons and classic shows on demand, as well as the ability to stream their local CBS Television station live in more than 100 markets across the U.S., including New York, Los Angeles, San Francisco, Chicago and Philadelphia, with more to be added soon.

To view a video introduction to CBS All Access, visit: http://www.cbs.com/allaccess.